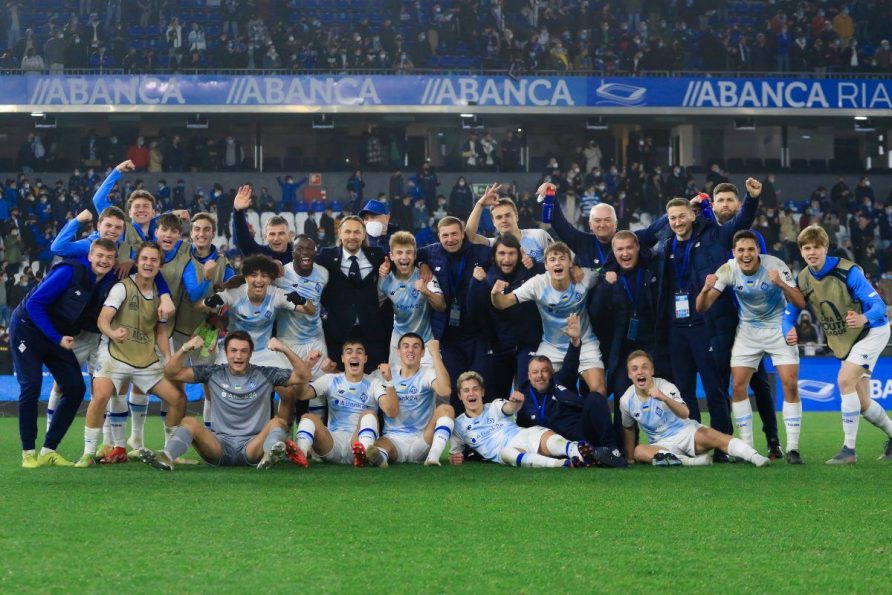 Dynamo Kyiv’s U19 team will play Sporting Lisbon in Romania at the beginning of April. The match was expected to take place on 9 March, but UEFA postponed it following Russia’s invasion of Ukraine.

Dynamo’s players will arrive in Bucharest on 24 March to warm up with a few friendlies before meeting Sporting Lisbon in the Youth League, which is the equivalent of the Champions League at youth level. The round of 16 clash between Dynamo and Sporting will be played in Bucharest, but the stadium has not been announced yet.

Dynamo’s players will train and live inside FCSB’s training base. The Romanian club will cover all costs, owner Gigi Becali has announced according to gsp.ro.

If they qualify for the Youth League quarter-finals, Dynamo will play against another Portuguese team, Benfica, also in Bucharest.

Dynamo U19 last played a match on 23 February, beating Inhulets 3-0 in the domestic league. Football totally stopped in Ukraine after Russia invaded last month. It’s still uncertain if the Ukrainian top flight at senior level will end abroad or if the season will be canceled.

Going back to the juniors, Dynamo is leading the Ukrainian U19 table after 19 games, with Shakhtar Donetsk three points behind. Dynamo qualified for the last 16 phase after beating Deportivo La Coruna on penalties in a qualification playoff.

They finished second, behind none other than Benfica, in the Youth League group stage. The Ukrainians had an impressive European campaign so far, putting four goals past each of Benfica, Barcelona and Bayern Munich in the group matches.