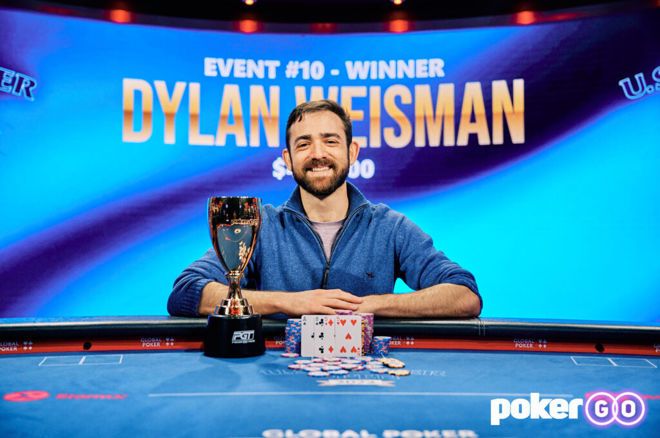 The 2022 US Poker Open (USPO) is closing out with just one event remaining and found its latest winners in Pot-Limit Omaha specialist Dylan Weisman and two-time USPO overall champion runner-up Sean Winter.

The $25,000 PLO event, which attracted 49 runners and generated $1.2 million in prize money, was all Weisman as the Upswing Poker coach entered the final table with the chip lead and eliminated all five of his opponents.

First out was Isaac Kempton, who exited in sixth place for $73,500 when his aces were cracked by the flush of Weisman. Next out was 2018 USPO overall champion Stephen Chidwick, who lost a chunk of his stack to Weisman when he ran a river bluff and the eventual winner snapped him off with a ten-high flush.

Not long after, Chidwick held

and moved all-in on a board of

, only to get called by Weisman holding

for two pair. The board ran out

2021 GPI Player of the Year Ali Imsirovic bowed out in third place for $183,750 when he flopped top pair but was out-kicked by Weisman, who entered heads-up play against Cary Katz with a sizeable chip lead.

In the final hand, Katz held

for top two pair, but was absolutely crushed by the set of Weisman with

. Katz called off after Weisman put in a turn three-bet and didn’t improve on the 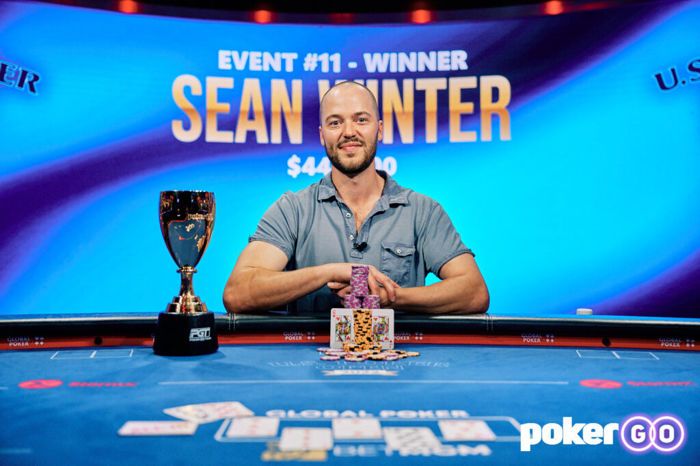 Winter, who for two years in a row has finished second on the USPO leaderboard to two-time champion David Peters, has had a quiet series thus far but found a victory on Sunday after entering the final table second in chips. The tournament had 55 entrants to generate $1.4 million in prize money.

Peters, who has been absent for the majority of the series, was also at the final table and bowed out in fifth place for $110,000 when his ace-jack was dominated by the ace-queen on Imsirovic.

Next out was poker commentator Nick Schulman, who lost a big portion of his stack when his pocket jacks couldn’t hold against the Big Slick of Jake Schindler. Later, Schulman got it in with ace-queen but couldn’t improve against the pocket fours of Winter.

Schindler went out in third in brutal fashion when his ace-king was out-flopped by the ace-deuce of Imsirovic, who entered heads-up play against Winter with a slight chip lead but couldn’t hold onto it. Imsirovic chipped down and ultimately fell when he got it in with ace-three against Winter’s ace-ten and couldn’t improve.

An earlier play Winter made against Imsirovic that made its way around Twitter may have been a sign of things to come. During three-handed play, Winter five-bet with

from the small blind and Imsirovic smooth-called with

after four-betting from the big blind. Winter bet small on the flop of

and got a call from Imsirovic, who also called a small bet on the

turn. Winter emptied the clip on the

river and got Imsirovic to lay down the winner.

The 2022 USPO will wrap up on Monday with the completion of Event #12: $25,000 No-Limit Hold’em, which is currently underway. Japan’s Tamon Nakamura currently tops the USPO leaderboard with 588 points, followed by Alex Foxen (488 points) and Chino Rheem (481 points).