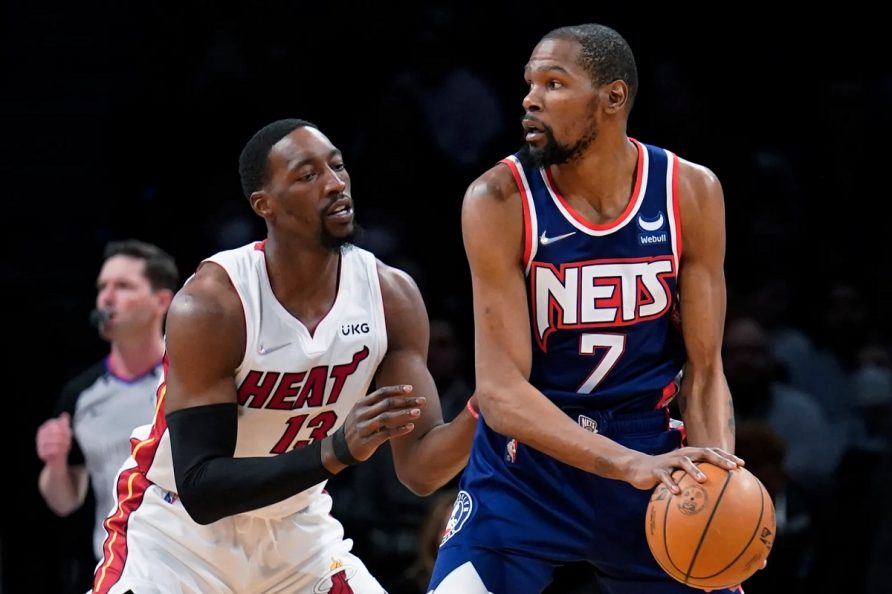 When Kevin Durant initially asked the Brooklyn Nets to trade him, the Phoenix Suns and Miami Heat were at the top of his list because both teams are title contenders. However, the Heat are in a tough position and lack the necessary draft capital to actually acquire any of the three hot trade prospects including Durant, Kyrie Irving, and Donovan Mitchell. 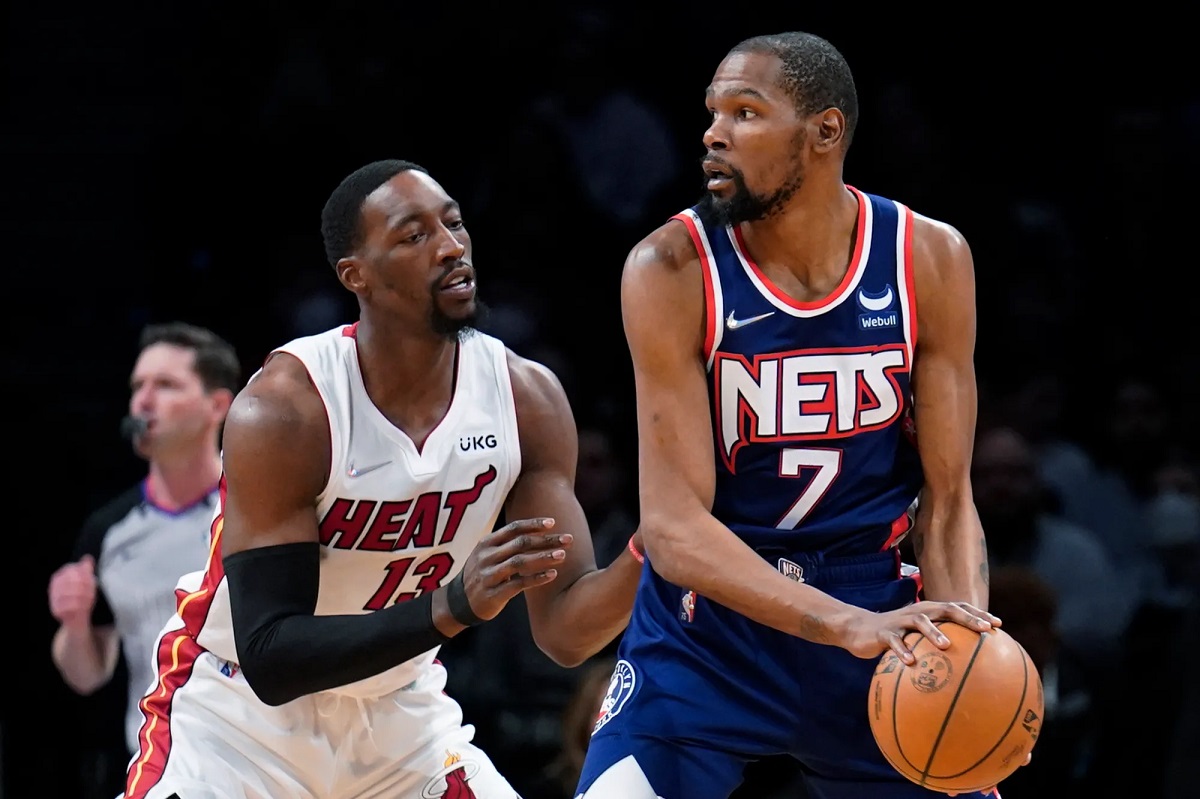 Adding an All-Star like Durant, Irving, or Mitchell would make the Heat a title contender in the eyes of fans with a short attention span. Yet the Heat would have to leverage their future via draft picks and give up a huge chunk of their roster to make any deal happen. At that point, how much of their roster would be still intact to make a legit championship run?

The Miami Heat won the Eastern Conference in 2020 and lost to the Los Angeles Lakers in the NBA Finals. If Goran Dragic did not have a foot injury, the Heat could’ve been the pandemic champions. As is, LeBron James and the LA Lakers ran the table inside the NBA Bubble in Orlando and he edged out his former team to secure a championship with the Lakers.

The Miami Heat were a missed 3-pointer away from returning to the NBA Finals for a second time in the last three seasons. Jimmy Butler pulled up for a trey against the Boston Celtics in Game 7 of the Eastern Conference Finals. It’s a shot every kid practices in the playground or gym, with your team down and you need a huge bucket to win the game. Butler let a 3-pointer fly and he missed. The Heat were knocked out of the playoffs, and the Boston Celtics won the Eastern Conference title.

Once again, injuries cost the Heat a potential title, or — at the least — a trip to the NBA Finals and a date against the Golden State Warriors. Both Tyler Herro and Kyle Lowry were hampered by injuries in the postseason, and as a result, the Heat came up short.

The Brooklyn Nets seek multiple first-round picks for Durant. If the Utah Jazz secured four first-rounders plus five players for Rudy Gobert, any Durant trade would have to exceed that benchmark.

The Heat want to keep Butler and pair him with Durant. Bam Adebayo cannot get traded because of an obscure rule where teams cannot acquire two players with max-rookie contract extensions on their roster. Of course, the Nets could trade Ben Simmons to a third team in order to clear room for Adebayo. But will Erik Spoelstra be able to win a title with just Durant and Butler and a lo-fi cast of role players?

So, pretty much everyone on the Heat roster — minus Butler and Adebayo — could be used in a trade package. The Nets were not interested in an initial offer of two first-round picks plus Kyle Lowry, Duncan Robinson, and Tyler Herro.

The Heat do not have enough draft picks to pull off a trade at this moment. They’d have to trade some current players to acquire more first-rounders, because the Nets were not enticed by a banged-up Lowry and a defensive liability in Robinson.

DraftKings updated a prop bet on what team Durant will play for in his first game of the season. The Heat are fourth on the board at +750 odds. The Nets are actually the betting favorite at -120 odds, followed by the Phoenix Suns at +225, and the Toronto Raptors at +400.

The Nets are in no rush to trade either Durant or Irving, so they can be more selective and wait until the season begins. The Los Angeles Lakers are itching to dump Russell Westbrook in a trade, but the Brooklyn Nets were the only team willing to take general manager Rob Pelinka’s phone call.

The Nets/Lakers were trying to negotiate a swap but it hit a snag involving add-on players and additional first-round picks. The Nets wanted the Lakers to take Joe Harris so they wouldn’t be on the hook for $18 million, but the Lakers preferred Seth Curry instead because he made $10 million less. The Nets also wanted a first-round draft pick, yet that seemed to be the dealbreaker with the Lakers. The situation got so bad in LA, that Westbrook and his long-time agent parted ways after the Lakers/Nets trade talks cooled off.

The Heat need a point guard and they could acquire Irving in a trade for a lower price than Durant, especially because Irving would most likely bounce when his contract is up at the end of the season. Yet once again, the Nets are not interested in the Lowry/Robinson/Herro trade package plus two first-round picks.

If the Heat cannot scratch together enough draft picks to get Irving in a trade with the Nets, then they have zero shot at Mitchell. Danny Ainge from the Jazz fleeced the Timberwolves in a massive blockbuster trade for Gobert, and he tried to shake down the New York Knicks for six draft picks plus three young players. The Knicks stockpiled picks to bring Mitchell to Gotham, but six first-rounders is a hefty price, not to mention, having to give up fan favorites Immanuel Quickley and/ore Obi Toppin.