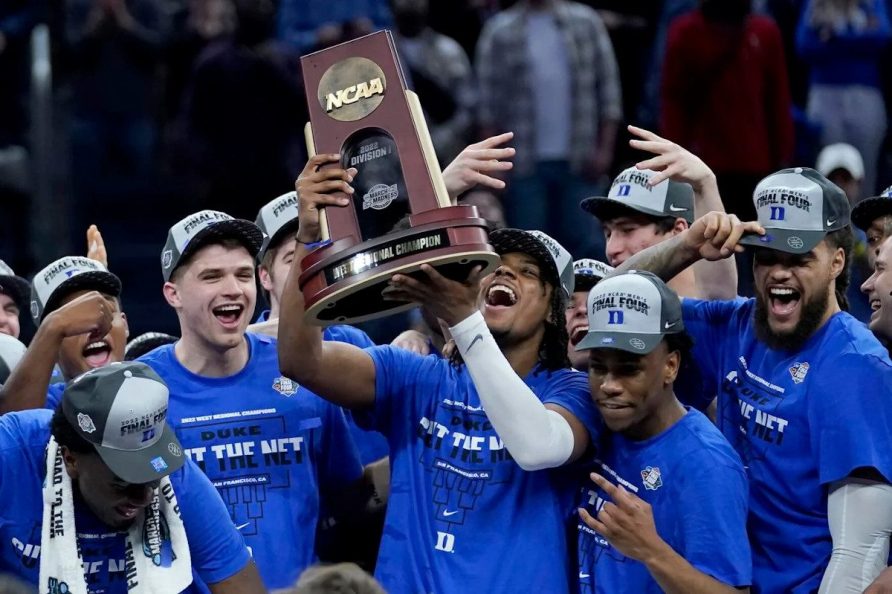 The Duke Blue Devils came into the NCAA Tournament knowing that this would be the last time Mike Krzyzewski coached the team before retiring at the end of the season. They now have the chance to make it a tournament he’ll never forget as they advance into the Final Four of March Madness as the championship favorites. 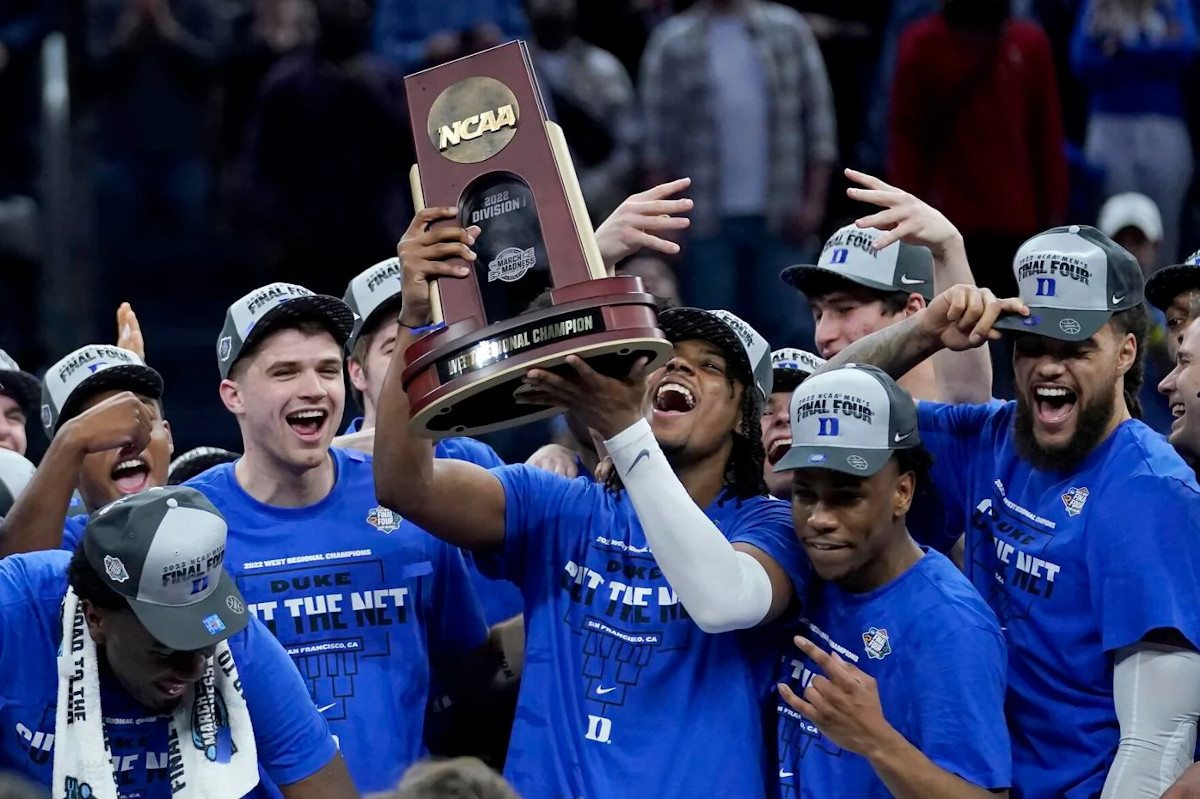 Duke enters the Final Four as the favorite to win the NCAA Men’s Basketball Championship, but will have to contend with archrival North Carolina in the semifinals. (Image: Marcio Jose Sanchez/AP)

DraftKings Sportsbook lists Duke as the +155 pick to win the NCAA Men’s Basketball Championship, just ahead of the Kansas Jayhawks (+185).

Duke held off Arkansas 78-69 on Saturday to win the West Regional title. Afterwards, Coach K turned the focus to his players, rather than to himself and his last Final Four run.

“Let’s not talk about me. Talk about them,” Krzyzewski told reporters. “They’ve won a regular-season championship and they’ve won the regional championship. They did that. They did it for us. And enough about doing it for the old man here.”

Krzyzewski has won five national titles over his 47 years as a head coach, and has reached the Final Four 13 times. He is the winningest coach in college basketball history at any level, men’s or women’s, with 1,202 career victories.

Yet there’s something he’s never experienced that will happen next Saturday. Duke will play its archrival North Carolina in the Final Four, the first meeting in the NCAA Tournament for the two schools despite the extensive history of success both have enjoyed.

The Tar Heels had no problems dispatching No. 15 seed Saint Peter’s in the regional final. While the Peacocks put together the longest March Madness run ever for such a low-seeded squad, they had no answers for North Carolina, falling behind by 19 at the half and eventually losing 69-49.

“I really thought we were going to win this game,” Saint Peter’s coach Shaheen Holloway told reporters afterwards. “No disrespect to them. I just thought we could match up with them.”

Duke heads into the Final Four matchup as a four-point favorite over North Carolina.

Kansas, Villanova facing off in semifinals

The other national semifinal should be just as tight. Kansas enters as a 4.5-point favorite over Villanova after both teams fought their way through difficult Elite Eight matchups.

Villanova came into its regional final as an underdog to Houston. But in a scrappy game, the Wildcats kept the lead most of the way to notch a low-scoring 50-44 win and a trip to the Final Four.

“It felt like it was playing against our own selves,” Villanova guard Caleb Daniels told reporters. “It was a literal street fight. We’re not going to be perfect defensively but we’re together, and that’s the beautiful part of our program.”

Kansas blew out Miami in its regional final, beating the Hurricanes 76-50. But that score doesn’t tell the whole story. Miami actually led by six at the half before the Jayhawks dominated the second half to a 47-15 tune.

“The was about as well as we can play the second half,” Kansas coach Bill Self said afterwards. “These guys earned it. So proud for them and proud for our program.”

Kansas now stands as a 4.5-point favorite over Villanova in their Final Four game. Villanova rates as a +450 pick to win the national championship, with UNC at +500.