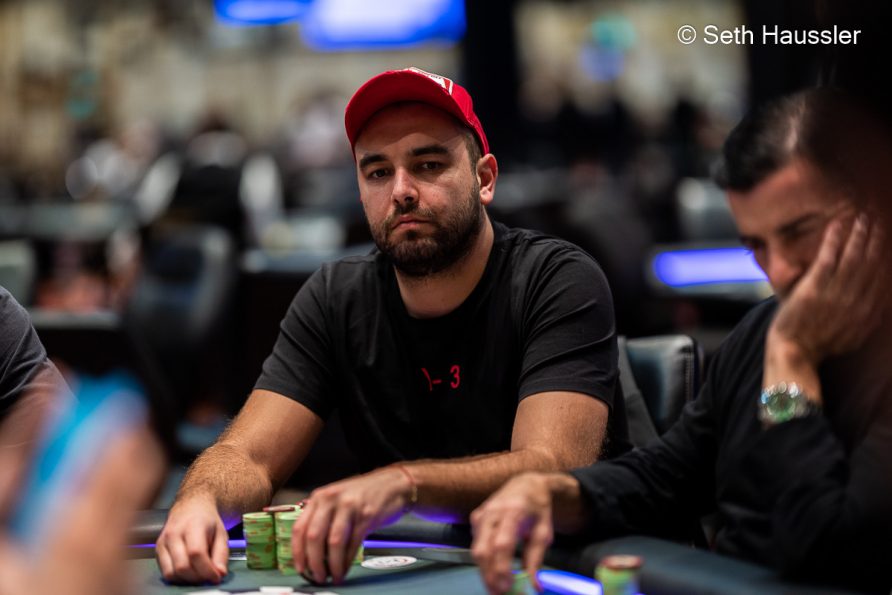 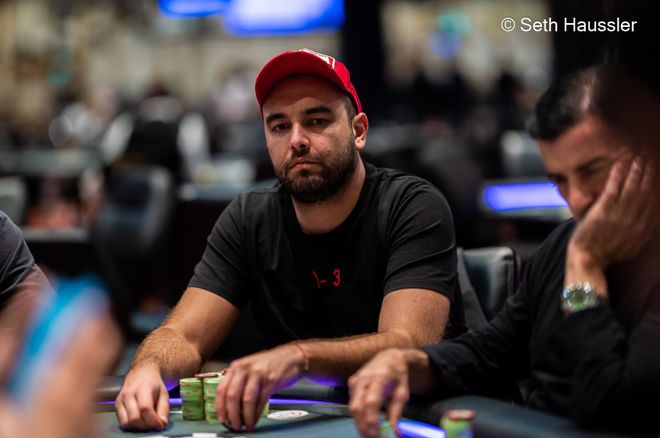 The final table lost its first player during the first level of action when Dario Sammartino bowed out in ninth place after losing a coinflip. Dimov min-raised to 70,000 from early position with pocket tens, and called when Sammartino jammed 706,116 from the big blind with ace-king. A jack-high board kept the tens ahead, and Sammartino crashed out.

Start-of-the-day short stack Marcelo Asensio only managed to ladder one place before he busted in eighth. Asensio busted on the hand after Sammartino’s tournament ended. Asensio moved all-in for less than six big blinds with queen-ten, and Casimir “mrsbradleyy” Seire called with pocket queens. Asensio was drawing dead by the turn. 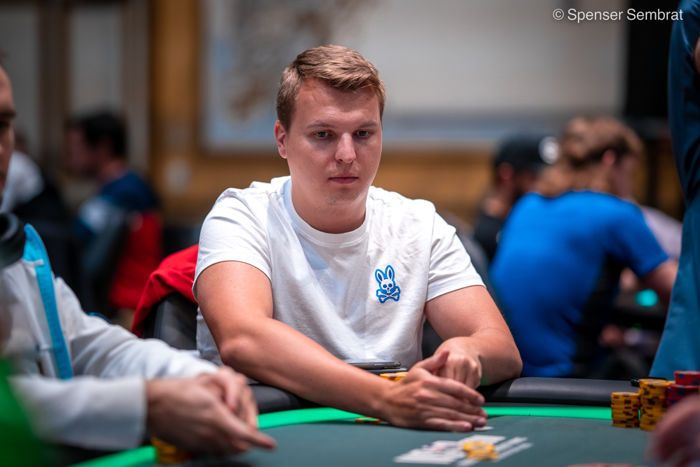 Aleksejs Ponakovs, who won a World Series of Poker bracelet this summer, was eliminated in seventh. Schemion opened to 73,500 from the cutoff with suited ace-queen, and Ponakovs shoved from the big blind for 545,800 with the dominated ace-ten. Schemion called and won the pot courtesy of his queen-kicker.

It took another half hour to lose another player after the opening flurry of exits. Wiktor Malinowski, a three-time Super MILLION$ champion, was the player heading to the showers. Malinowski min-raised from the cutoff with ace-nine, and Dimov defended his big blind with eight-seven. Dimov flopped an eight-high straight, and immediately bet 73,080, which Malinowski called. An ace on the turn put three spades out there and Dimov paused for a short while before betting 350,000 into the 407,160 pot. Again, Malinowski called. An offsuit queen completed the board, and Dimov shoved. Malinowski called off the 885,810 chips he had behind, only to be shown the bad news that his top pair was crushed.

The first six-figure prize of the evening went to Mark Radoja, who cannot seem to win this tournament no matter how hard he tries. Radoja came unstuck during the 25,000/50,000/6,000a level when Schemion raised to 105,000 from under the gun, and Radoja jammed for 583,203. Schemion called and turned over ace-jack, which was ahead of Radoja’s king-queen. Radoja hit a queen on the river but it was too little too late because Schemion flopped an ace and turned another.

Finland’s Seire started the final table with a chip lead but had to make do with a fourth-place finish. Seire open-shoved for 828,633 with pocket sevens when the big blind was 70,000. Dimov called in the small blind with pocket tens, which held to reduce the player count by one. 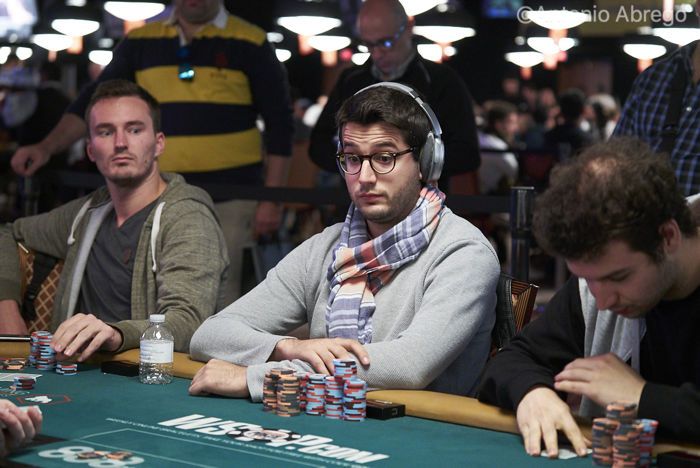 Andorra-based Spaniard Juan Dominguez who had almost twice as many chips as his final two opponents when three-handed play began. The final three locked horns for more than an hour before Dominguez fell by the wayside. Schemion limped for 120,000 with queen-four of diamonds from the small blind, only for Dominguez to raise to 360,000 with ace-ten. Schemion made a play and moved all-in, and Dominguez called off the 2,244,022 chips he had behind. Dominguez hit an ace on the flop and paired his ten on the turn, but a nine on the river gifted Schemion the most unlikely of straights, and Dominguez was gone.

Schemion started the heads-up clash with Dimov holding a 9,958,165 to 3,941,835 chip lead and everyone, including the commentary duo of Jeff Gross and Nacho Barbero, thought this was Schemion’s day. However, Dimov had other ideas.

Dimov initially fell further behind, with Schemion breaking through the 10 million chip barrier. Dimov chipped away at Schemion’s lead, pulled level and then took the lead for himself. Schemion was on the ropes before he busted, trailing by 24-to-1! The final hand saw Schemion shove with queen-six and Dimov call with jack-six. A jack on the flop proved enough to send Schemion to the showers and to award Dimov his second Super MILLION$ title.