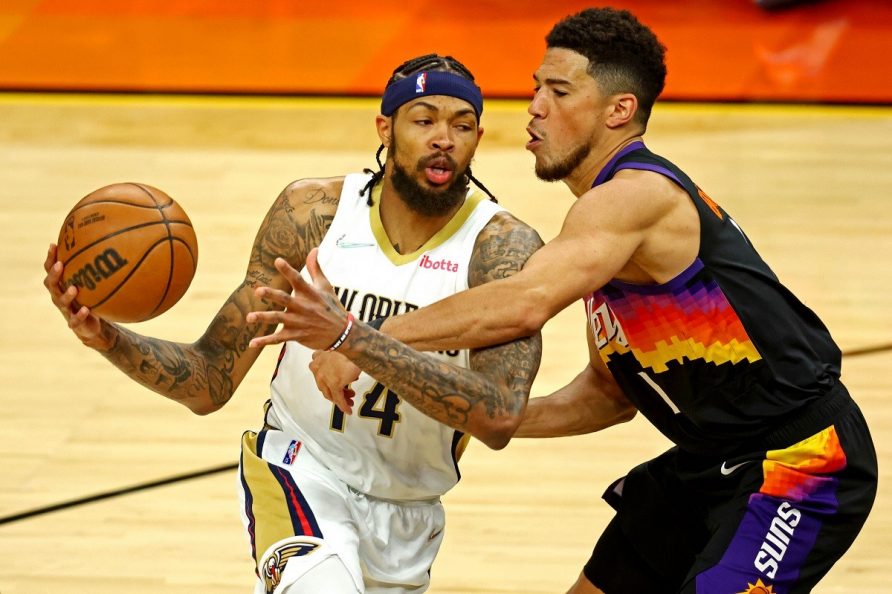 The Phoenix Suns upgraded shooting guard Devin Booker from out to questionable in Game 6 against the New Orleans Pelicans, but despite a right hamstring injury, a couple of sources indicate that Booker play tonight. 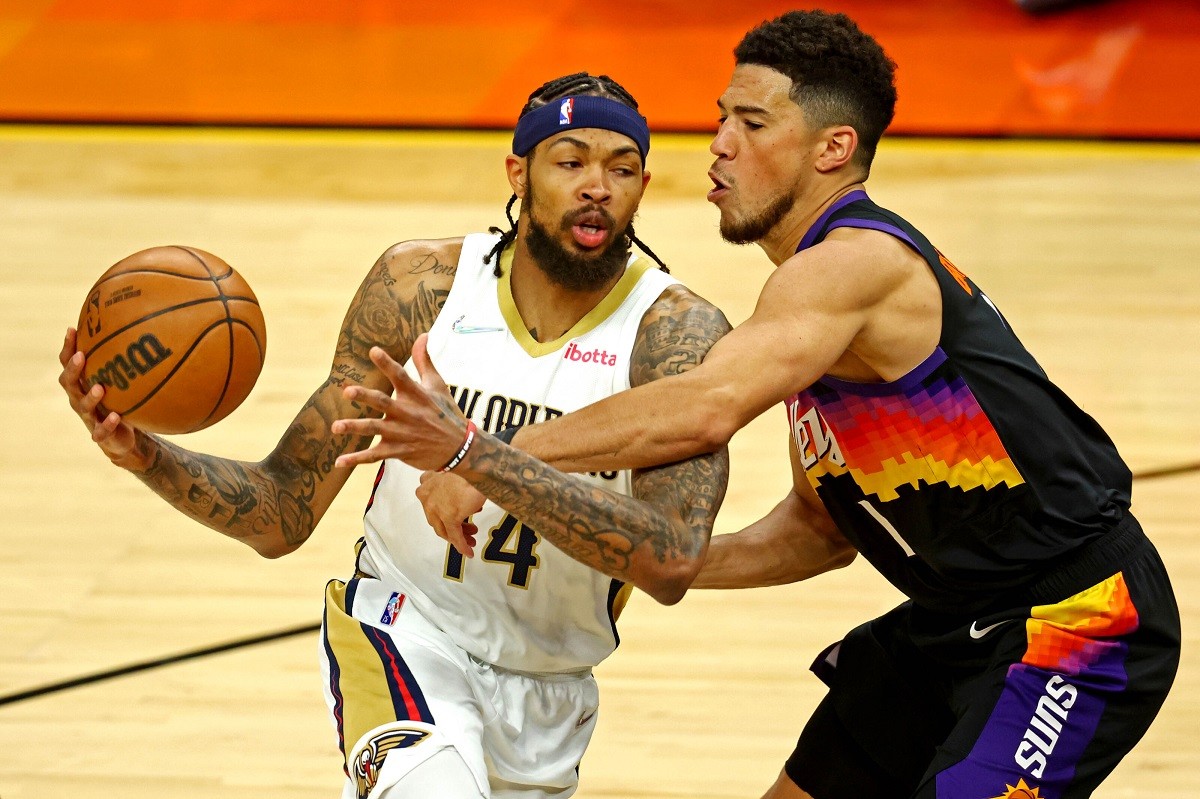 Brandon Ingram from the New Orleans Pelicans drives against Devin Booker from the Phoenix Suns prior to his injury in Game 2. (Image: Mark J. Rebilas/USA Today Sports)

The #1 Suns hold a 3-2 lead over the #8 Pelicans, and have a chance to close out the first-round series. Meanwhile, the Pelicans are facing an elimination game in New Orleans on their home court.

Booker suffered a hamstring injury in Game 2. After his initial diagnosis, the Suns expected Booker miss two to three weeks with the injury, or the remainder of the first round.

Booker had been working out at the Suns swanky practice facility the last couple of days in hopes he could return earlier.

The Pelicans opened as +2.5 home dogs in Game 6, but the line moved to +3.5 after the Suns upgraded Booker to questionable with all signs that he’ll play despite the injury.

The Pelicans are +750 odds to pull off an insane upset and win the series. The Suns are the favorite at -1400 odds to knock out the Pelicans and advance to the Western Conference Semifinals.

Booker averaged 26.8 points, 5.0 rebounds, and 4.8 assists per game this season. He’s the leading scorer for the Suns, and finished the season ranked #8 overall in scoring. He also shot a career-best 38.3% from3-point range.

Booker played just 25 minutes of Game 2 and scored 31 points before he left the game early with a strained hamstring. Prior to the injury, Booker was on fire that night shooting 12-for-19 from the floor, including 7-for-11 from 3-point range.

Without Booker in the starting lineup this series, the Suns went 2-1. Deandre Ayton led the Suns in scoring in Game 3 and Game 4, but Mikal Bridges led the team with 31 points in Tuesday’s victory.

“Bridges is Iron Man and he doesn’t miss games,” said Chris Paul. “He guards the best players every night and then he drops 31.”

Bridges, most-known for his defensive prowess, was one of the three finalists from NBA’s Defensive Player of the Year. Bridges had one of his best-overall games of his short four-year career with the Suns during an inspiring performance in Game 5. He logged 47 minutes in a 15-point victory to put the Suns ahead 3-2 in the series.