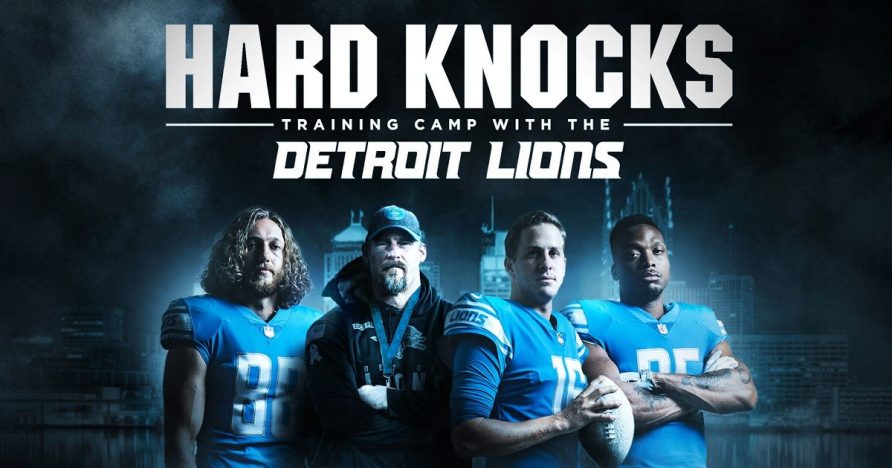 The popular sports-themed reality series “Hard Knocks” returns to HBO once again for its 17th season, and its cameras will follow the Detroit Lions during their training camp. 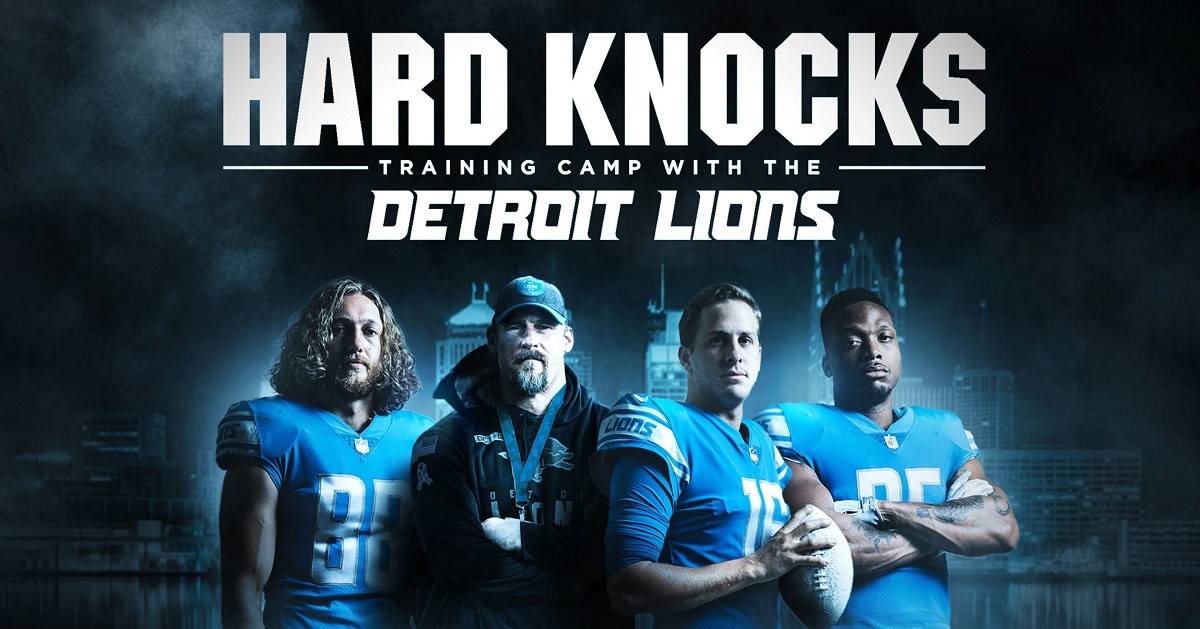 The Detroit Lions continue to rebuild their team under second-year head coach and fans will get an inside look to the process during the next installment of Hard Knocks on HBO. (Image: HBO/NFL Films)

Last season, the Lions went 3-13-1 under rookie head coach Dan Campbell. In last year’s offseason, the Lions traded Matthew Stafford to the LA Rams for a slew of draft picks and starting quarterback Jared Goff. The Rams went on to win the Super Bowl with Stafford, while the Lions struggled to win just three games.

The Lions are one of the long shots on the NFL futures board at DraftKings at +15000 odds to win Super Bowl 57.

The Lions have never appeared on Hard Knocks, but they become the 15th team to get the reality series treatment by NFL films.

“We are excited about the opportunity to showcase the City of Detroit and the amazing culture we are building at the Lions,” said CEO and team president Rod Wood. “HBO Sports and NFL Films are the best of the best, and we know they will be excellent partners in sharing our story with football fans around the world.”

NFL established a criteria for participation in conjunction with the NFL. Teams can be exempt from Hard Knocks and the reality show treatment if they have a rookie coach, recently appeared on the series within the last decade, or made the playoffs at least once in the last couple of seasons. The Lions were one of three teams that were eligible this season, along with the New York Jets and Carolina Panthers.

The Jets were featured on Hard Knocks during the 2010 preseason, which helped put head coach Rex Ryan on the map. The Panthers were eligible last season as well, but they were passed over in favor of the Dallas Cowboys.

During the 2021 season, NFL Films and HBO also aired their first-ever in-season version of Hard Knocks. They followed the Indianapolis Colts as they attempted to qualify for the playoffs, yet fell short of their goal in the final week of the season. HBO and NFL Films have not made an announcement on whether or not there will be a second in-season version of Hard Knocks.

The Lions struggled to win games with just three victories and one tie last season, but they were involved in numerous close games which resulted in an impressive 11-6 record against the spread. A lot of that had to do with Campbell, who inspired the team to play hard for all four quarters.

Losing teams, especially the Lions the last few years, do not have much fight in them during games where it’s clear that they’re going to lose. But the Lions under Campbell never gave up. Campbell instilled in the team a sense of grit and honor, which paid off for bettors who backed the Lions who finished with the fourth-best ATS record in the NFL.

It’s that exact never-give-up attitude and Campbell’s sincere love of the game which should make the upcoming season of Hard Knocks super fun to watch. The Lions have always been one of those teams that have diehard fans who feel their team is jinxed in some way or another. That’s another reason why Hard Knocks — following the trials and tribulations of the Lions — will be must-see TV.

The Lions will begin their second year of a rebuild under Campbell. They also have a pair of first-round draft picks, including the #2 overall pick, to help bolster the roster.

The new season of Hard Knocks with the Lions debuts on HBO on August 9 with the first of five episodes.