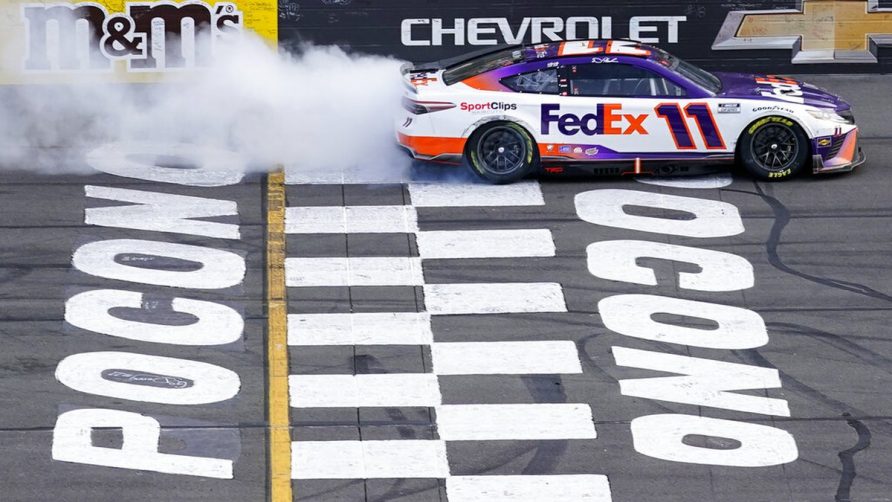 Denny Hamlin scored the checkered flag at Pocono Raceway on Sunday, only to get DQ’d after the post-race inspection. But the NASCAR Cup Series win didn’t go to second-place finisher Kyle Busch, because he also failed inspection. And that created a lot of confusion — and in some cases — disappointment among sports bettors. 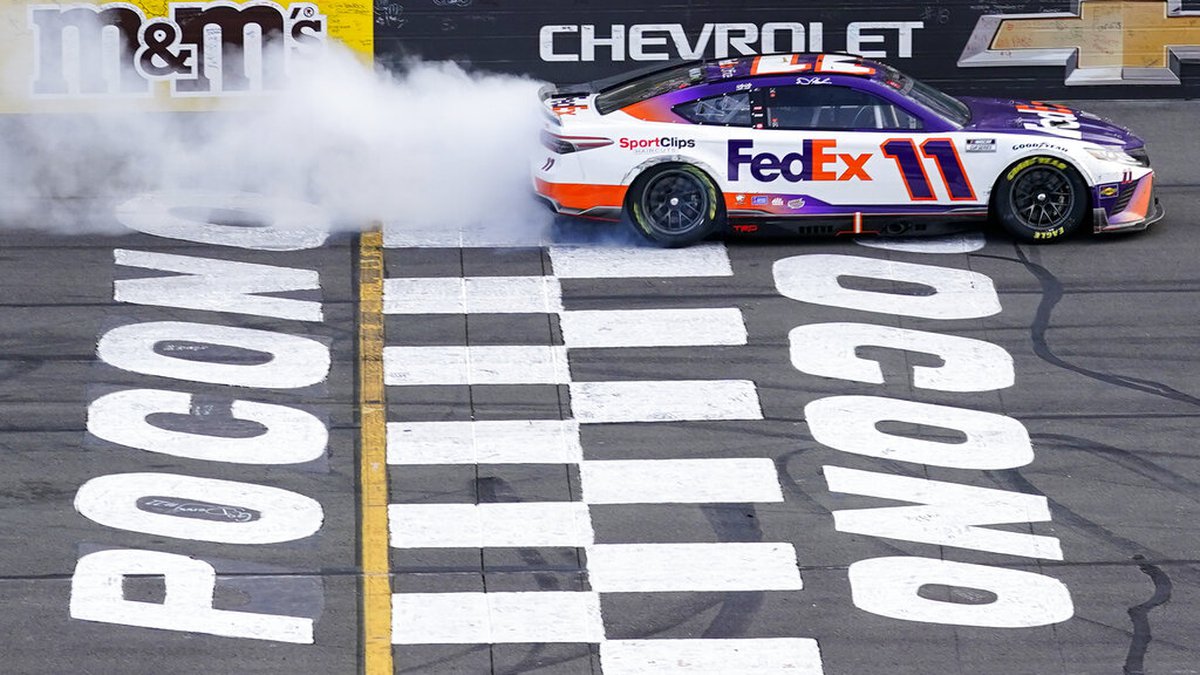 It would have been Denny Hamlin’s third NASCAR Cup Series win this season. But both Hamlin and the second-place finisher, Kyle Busch, were DQ’d, failing Pocono’s post-race inspection. (Image: Matt Slocum/AP)

Hamlin is no stranger to wins at Pocono. When he took the checkered flag there back in 2020, it marked Hamlin’s sixth Cup Series victory at the “Tricky Triangle.”

Joe Gibbs Racing was temporarily ecstatic, watching its drivers finish in the top two. But both cars failed the post-race inspection, giving the victory to Chase Elliott. Elliott never lead the race, not even for one lap. Meanwhile, after Hamlin was DQ’d, he was able to channel his disappointment through humor.

It doesn’t happen often. In fact, the last time a NASCAR Cup winner was disqualified was in 1960. That year, Emmanuel Zervakis had his Wilson Speedway title stripped for having too large a fuel tank. And the last — and possibly only other time — the top two NASCAR Cup finishers were DQ’d was in 1955, when both Joe Weatherly and Jim Reed were DQ’d for non-stock parts.

Hamlin and Busch were DQ’d for the same issue. Inspectors found a piece of tape under the sponsor’s wrap by the wheel well. After the race, Hamlin joked about the $300,000 tape. And later at home, he tweeted a video, drinking champagne next to the Pocono eagle trophy. If you look carefully, you’ll see that the eagle has a piece of tape in its mouth.

On Monday, Joe Gibbs Racing declined the opportunity to appeal the decision. Instead, the team took responsibility for an unvetted build process, leading to the inclusion of the vinyl tape.

So, did bettors get paid off for Hamlin’s initial victory or Elliott’s eventual win? The answer depends on where the bet was placed.

DraftKings and FanDuel declared both Hamlin and Elliott winners, paying off both bets. But that wasn’t true of all sportsbooks. For instance, Caesars’ policy dictates it pay on official results only. As a result, Caesars always waits for NASCAR’s post-race inspections. So, when Hamlin was DQ’d, Caesars paid off on Elliott. BetMGM, however, pays on unofficial results, which means it recognized Hamlin as the winner.

So, while Cup Series disqualifications are rare, Sunday’s race was a a good wake up call for sports bettors. Learn your sportsbook’s payout terms and conditions.