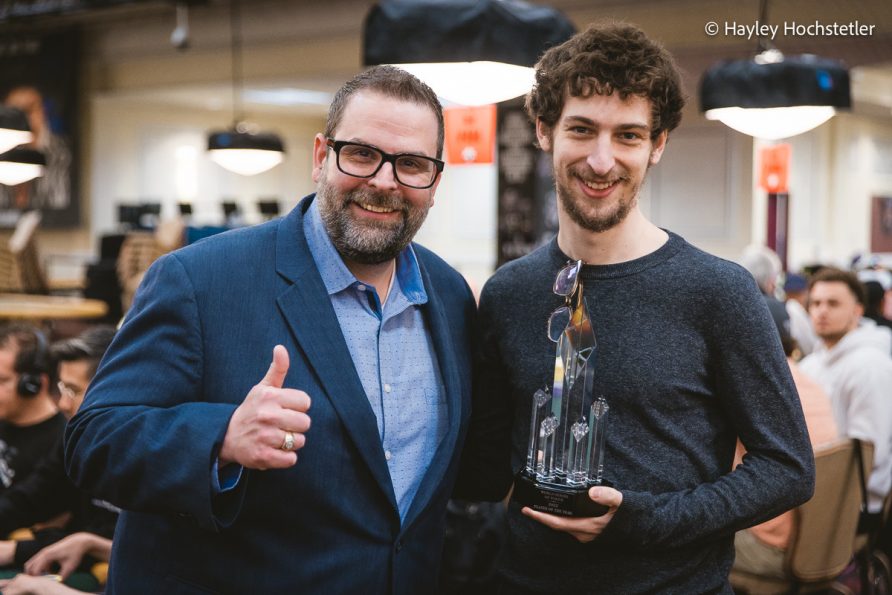 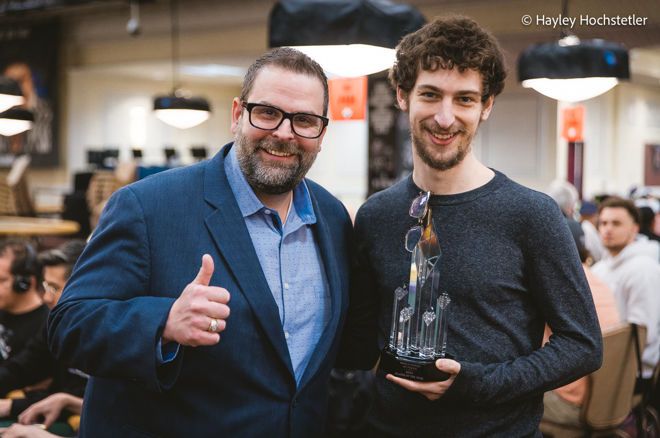 Dan Zack has been a consistent World Series of Poker (WSOP) Player of the Year contender since 2017, and he finally got over the hump this year to win the prestigious award.

With two gold bracelets added to his trophy case, the high stakes pro was the top performer this summer. Additionally, the New Jersey native who first became known in the poker world for crushing Live at the Bike games had 14 other cashes in bracelet events, including two other final table appearances.

WSOP Player of the Year Speaks

Zack, who is competing in the Tournament of Champions, the final WSOP event open only to bracelet and Circuit ring winners, spoke with PokerNews on a break to discuss the significance of becoming Player of the Year.

“It means a lot, I set a goal three years ago that I really wanted to try to win it before I left poker, and this is the third series I’ve tried,” Zack said.

When asked what he meant by “before I left poker,” he explained that he doesn’t expect to have many more years in him of grinding the WSOP. The three-time bracelet winner said he’s getting married next year and wants to have kids in the near future, and that means he won’t be able to play full-time anymore.

“My fiance has a real job,” Zack said.

In 2019, Zack won his first bracelet in a $2,500 limit mixed triple draw event for $160,447 and cashed in 14 events, but ended up in sixth place in the POY race. That year, WSOP Europe results were factored into the POY chase, but Zack opted to skip the trip to Rozvadov, Czech Republic, essentially surrendering his shot at POY.

“I thought I was probably about 20% to win and it was a month-long commitment with only 11 events in a pretty remote location away from my family,” Zack said of his decision to skip 2019 WSOP Europe.”

The Best of the Best 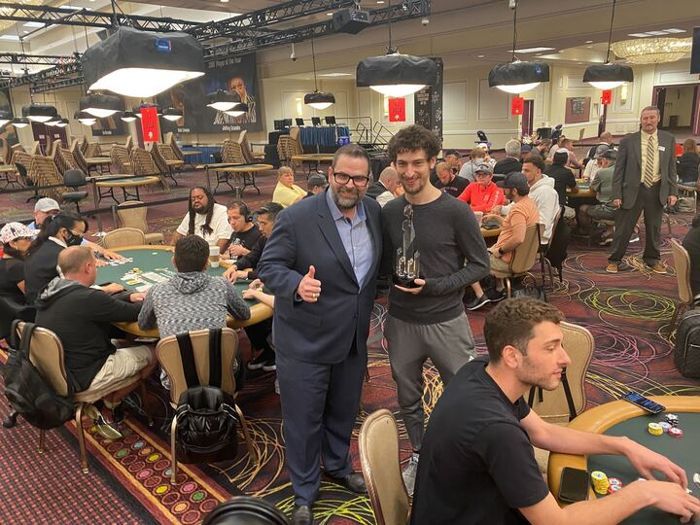 With 4,530 points at the 2022 WSOP, Zack beat out Daniel Weinman, who also had a brilliant series, by over 600 points. The champion held the lead in the POY race for the final three weeks.

Last year’s Player of the Year, Josh Arieh, had another impressive series with two third place finishes, but ended the WSOP well behind Zack in 33rd place at 2,041 points.

Some of the perennial POY chasers were never in contention this summer, especially Daniel Negreanu who lost over $1 million and didn’t make many deep runs. Phil Hellmuth, who did book a second place finish, was also never a part of the race this year.

“You’re tossing away a few hundred dollars here and there just to give yourself the best chance to compete because you know that guys like (Deeb) are doing the same thing and it’s the only way to keep pace with them.”

Shaun Deeb, the 2017 winner, however, finished in fourth place at 2,960 points, although even he wasn’t much of a threat to Zack late in the series.

Competing for WSOP Player of the Year is quite a grind and it requires players to enter dozens of events to have any shot at winning. Deeb, Negreanu, and a few others traditionally enter 40 or more bracelet tournaments each series. Zack told PokerNews that chasing POY does decrease some expected value, but the honor of winning it is so worth it.

“One-hundred percent, you lose some EV chasing it,” Zack explained. “You’re tossing away a few hundred dollars here and there just to give yourself the best chance to compete because you know that guys like (Deeb) are doing the same thing and it’s the only way to keep pace with them.”

During the Tournament of Champions on Monday afternoon, WSOP Vice President Jack Effel presented Zack with a trophy and honored him for his outstanding accomplishments this summer.

WSOP Player of the Year Winners