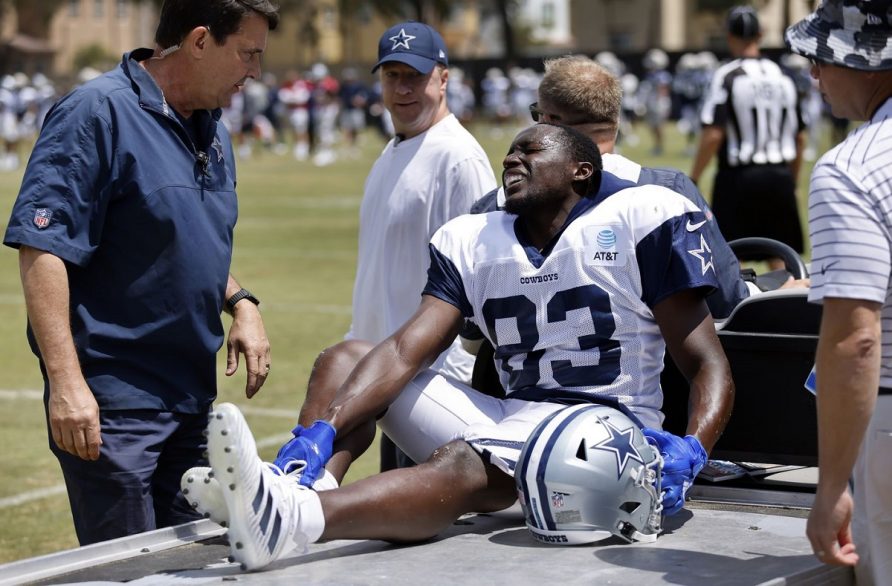 The Dallas Cowboys were short-handed at the wide receiver position already, but now they’ll be down another starter after James Washington suffered a right foot injury in training camp. 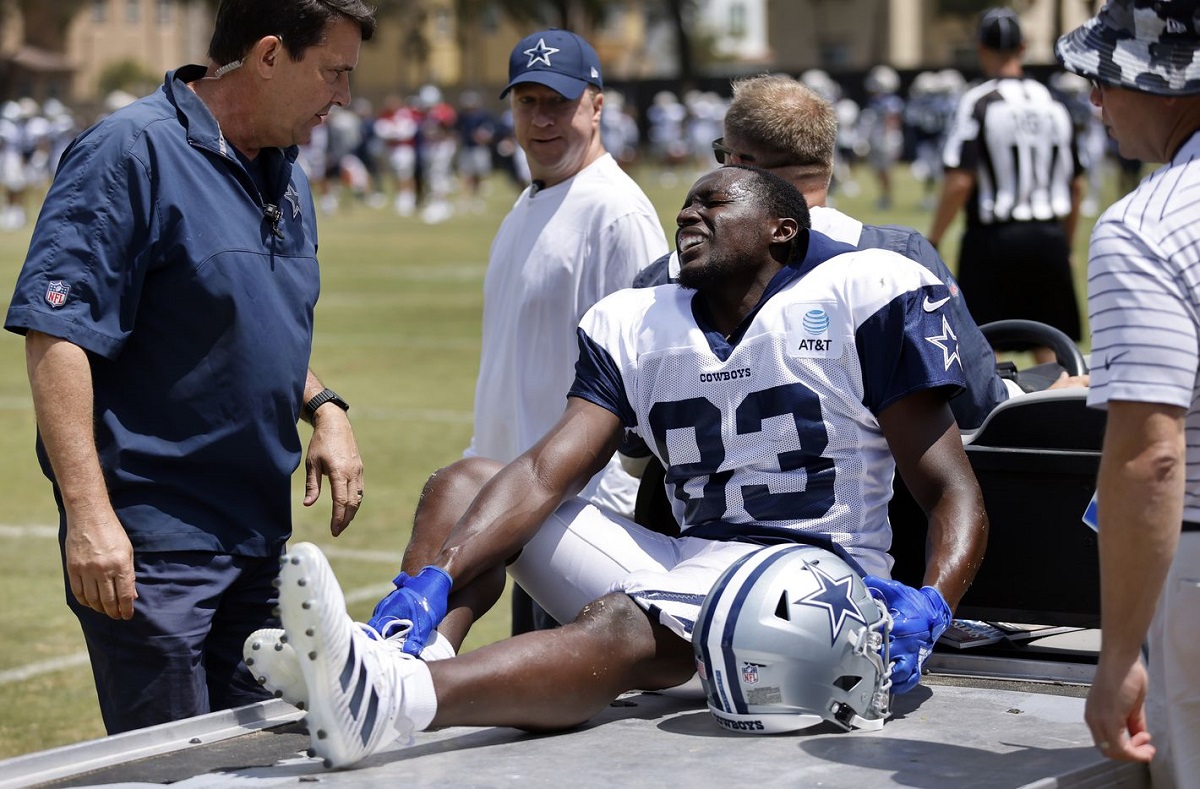 Washington initially suffered the injury when he landed awkwardly on his foot during seven-on-seven drills on the first day of padded contact. He needed assistance and got carted off the field.

The Cowboys diagnosed Washington with a fractured fifth metatarsal, and the foot injury will keep him out for six to ten weeks while he recovers from surgery. If Washington heals quickly, he could return in mid-September. There’s also a chance he misses the first month of the season.

After spending the first four seasons with the Pittsburgh Steelers, Washington signed with the Dallas Cowboys. In 60 games with the Steelers, he caught 114 passes for 1,629 yards and 11 touchdowns. He averaged 14.3 yards per catch.

Last season, Washington missed two games and appeared in 15 games with the Steelers. He caught only 24 passes for 285 yards and two touchdowns in a lackluster Steelers’ offense.

The Cowboys added Washington as a tertiary wideout option behind Michael Gallup and CeeDee Lamb. However, Gallup was expected to rejoin the squad later in the season while he continues to rehab an ACL injury. Gallup went down in Week 17 last season, and he’s still on the PUP list.

The Cowboys expected Washington would start the season as their WR #2 behind Lamb.

With both Gallup and Washington out, rookie Jalen Tolbert moves up the depth chart. Tolbert impressed the staff already even though he had yet to play a single snap. The highly-touted rookie from South Alabama was a third-round pick in the 2022 NFL Draft.

The Cowboys also have Simi Fehoko and Jake Ferguson on their roster. Fehoko was a fifth-round pick out of the 2021 NFL Draft out of Stanford, but did not crack the lineup last season.

Ferguson had been buried on the depth chart the last four seasons. He caught 16 passes in 13 games last season, but he’s never scored a touchdown in any of his 39 receptions spread out of over 50 games of limited action.

If the Cowboys get antsy or the injury to Washington takes longer to heal, they could acquire a wide receiver in a trade. However, with limited cap space, they’ll probably wait and pick up a cut player off the scrap heap.

Oddsmakers think the Cowboys could reach double-digit victories with a win total of 10.0 o/u. The Cowboys can pad their win totals with easy division games, and the lowly AFC South on their schedule.

The Cowboys kick off the season with two home games at the “Jerry Dome” in Arlington, but face a pair of difficult opponents with the Tamp Bay Bucs in Week 1, and Cincinnati Bengals in Week 2.