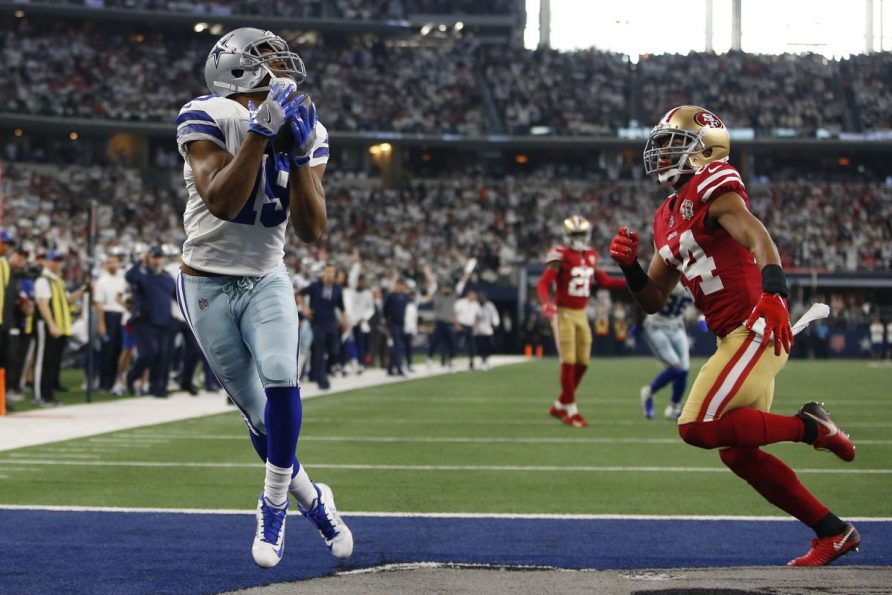 The Dallas Cowboys were prepared to cut wide receiver Amari Cooper and shed his $22 million salary to get under the cap, but they were able to find a trade partner with the wideout-depleted Cleveland Browns. 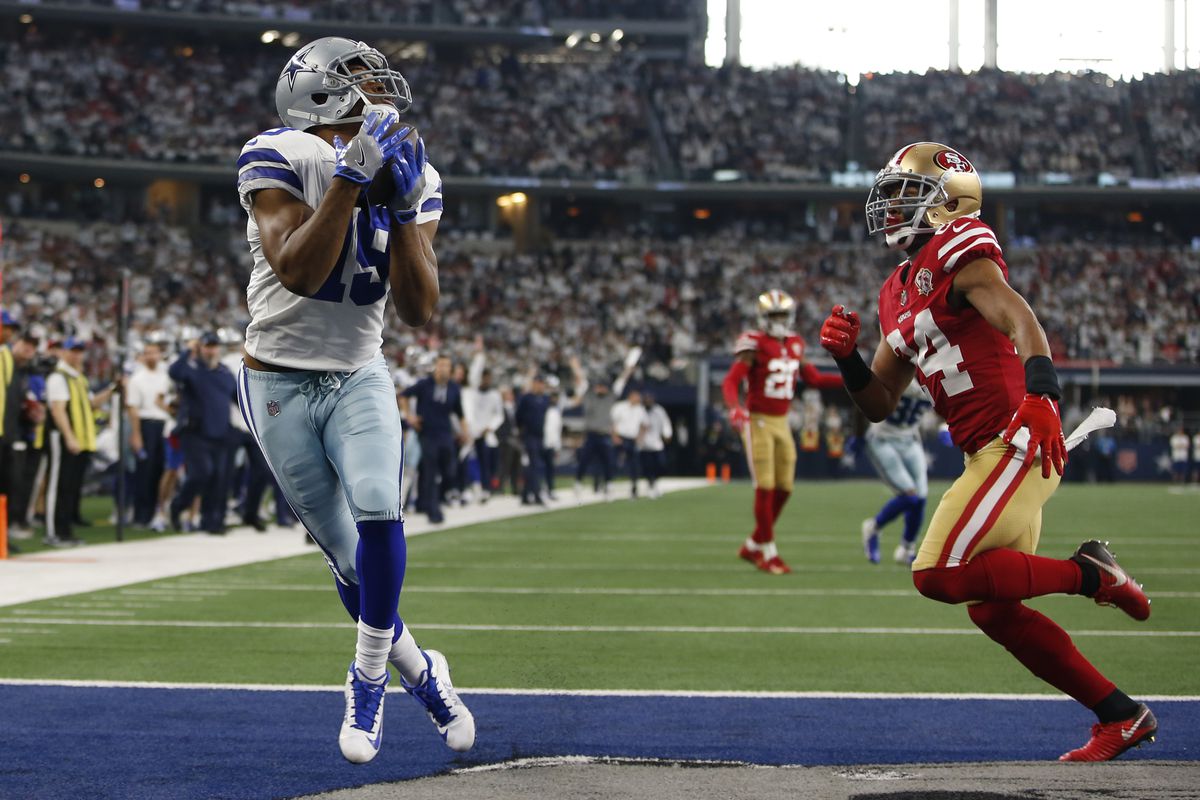 Amari Cooper catches a touchdown pass for the Dallas Cowboys against the San Francisco 49ers in the NFC Wild Card round. (Image: Tim Heitman/USA Today Sports)

Cooper signed a five-year contract extension in 2020 that was worth $100 million. However, the Cowboys would not be on the hook this year if they traded Cooper before the end of March. Cooper is due $20 million in base salary plus $2 million in bonuses. By dealing Cooper in a trade with the Browns, the Cowboys shed $16 million in payroll and they incur a dead cap hit worth just $6 million.

In 2021, Cooper appeared in 15 games with the Cowboys. He contributed 68 receptions for 865 yards and eight touchdowns. He scored 13 touchdowns in the two previous seasons.

The Dallas Cowboys are +1400 odds to win Super Bowl 57 as the seventh-highest favorite on the NFL futures board. The Cleveland Browns are +3500 odds according to a recent update by DraftKings.

The Browns have agreed to trade for Cowboys WR Amari Cooper (via @RapSheet).

Cooper has caught +10.9% of his targets over expected outside the numbers since 2019, leading all receivers (min. 90 targets).

The Browns need to re-stock their wide receiving corps. They really needed a top-end wide receiver like Cooper after an unhappy Odell Beckham left the team in the middle of last season and signed with the LA Rams. The Browns are also on the verge of parting ways with veteran wideout Jarvis Landry. They gave Landry permission to seek a trade.

In 12 games with the Browns last season., Landry caught 52 passes for 570 yards and only two touchdowns.

The Browns were eying other wideouts like Christian Kirk, DJ Chark, and Allen Robinson. Kirk would like to return to the Cardinals, but he’s also friends with Josh Allen, so there’s a chance he ends up with the Buffalo Bills.

Meanwhile, the Browns were mentioned in numerous trade rumors to upgrade their quarterback. Derek Carr from the Las Vegas Raider, Deshaun Watson of the Houston Texans, and Jimmy Garoppolo from the San Francisco 49ers are all rumored to replace Baker Mayfield… if the Browns decide to move on from Mayfield.

Mayfield recently underwent shoulder surgery to repair his left shoulder (non-throwing), which he injured in the first week of the season and kept popping out of its socket. The Browns, especially head coach Kevin Stefanski, respected the fact that Mayfield played through a tremendous amount of pain last season. However, there’s a cabal within the organization is not keen on Mayfield and thrilled with how the former #1 pick in the draft has not developed into an elite passer like Cincinnati’s Joe Burrow.