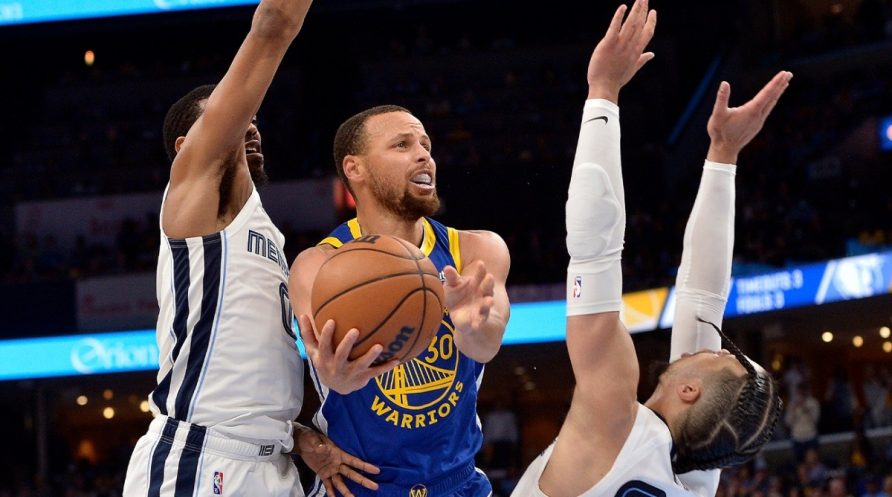 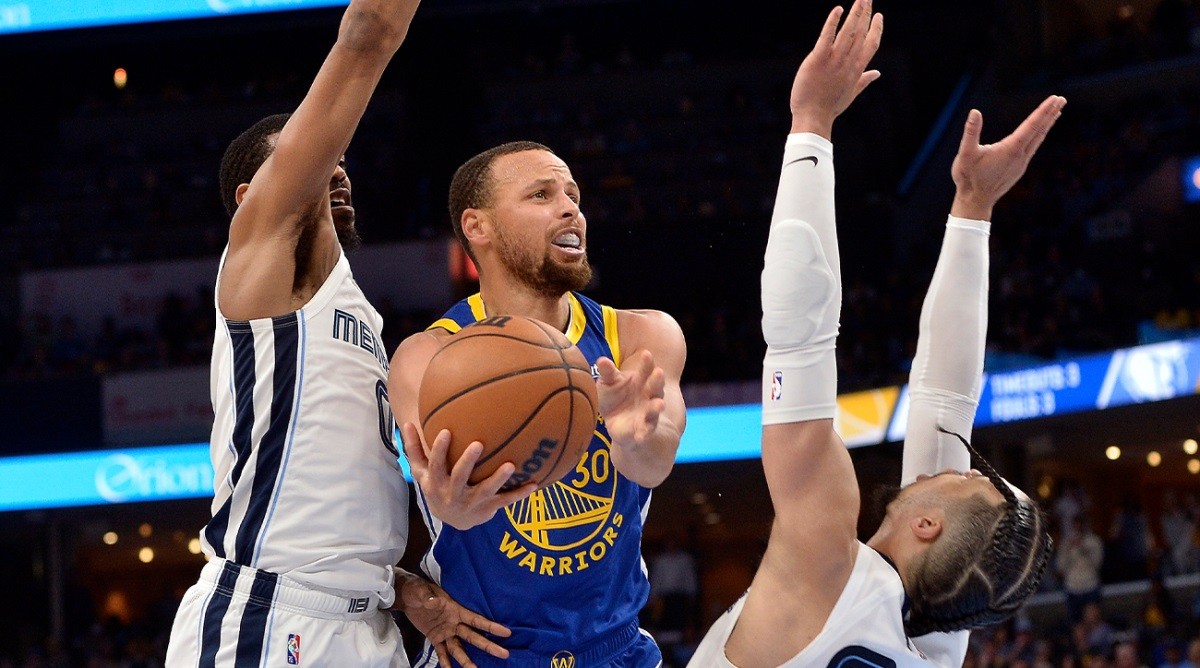 Steph Curry from the Golden State Warriors drives the lane against the Memphis Grizzlies in the Western Conference Semifinals.  (Image: Brandon Dill/AP)

Greek Freak won the NBA Finals MVP last season, but Curry seeks his first award despite the fact he won three titles with the Golden State Warriors. During those championship runs, Andre Iguodala and Kevin Durant (twice) were awarded the NBA Finals MVP over Curry.

Phoenix Suns are the slight favorite to win the 2022 NBA championship at +235 odds, ahead of the Warriors at +270 odds. The popular strategy is to pick the best player on the championship team and that’s who you back to win the NBA Finals MVP. Of course, Iguodala had a sensational NBA Finals in 2015 and snatched the MVP away from Curry.

Jordan Poole (22.6 ppg) established himself as the third Splash Brother after his official baptism in the opening round against the Denver Nuggets. Poole on the Golden State Warriors like when Crosby, Stills, and Nash added Neil Young to the mix to form the super-supergroup CSNY.

Since Curry (27.3 ppg) has had unusual bad luck in the NBA Finals, Poole is worthy of a flier at +2500 odds, especially considering he was +9000 odds at the start of the postseason. Curry saw his NBA Finals MVP odds jump from +800 to +340. Draymond Greene was back to his brutish ways in Game 1 against the Memphis Grizzlies when he was ejected in Game 1, but he’s +2500 odds to win the NBA Finals MVP.

Devin Booker (23 ppg) from the Phoenix Suns was the initial betting favorite at +400 odds to win the NBA Finals MVP at the start of the playoffs, but he slipped a bit to +500 as the second highest player on the board. He suffered a hamstring injury in Game 2 of the opening round against the New Orleans Pelicans, but missed only three games before returning in Game 6. He looked like his old self in a Game 1 victory over the Dallas Mavs last night in the Western Conference Semifinals.

Chris Paul (21.9 ppg, 10.7 assists) increased his scoring output when Booker missed three games. He’s still one of the best players in the NBA right now who never won a championship, so he’s on a mission to lead the Suns to the promised land. Keep an eye on Paul at +600 odds, especially if Booker reaggravates his hamstring. Deandre Ayton quietly is having a sensational postseason averaging 21.1 ppg and 9.6 rebounds per game. Ayton is +3000 odds as the third-highest member of the Suns on the board.

Jayson Tatum (27.8 ppg) and Jaylen Brown (20.4 ppg) are the two best players on the Boston Celtics. Tatum also did a bang-up job keeping Kevin Durant in check during a first-round sweep of the Brooklyn Nets. Tatum is the fifth-highest player on the board at +600 odds, whereas Brown has much longer odds at +3000.

Jimmy Butler (27.4 ppg) seems like the obvious choice to win the NBA Finals MVP at +800 odds. However, keep an eye on Tyler Herro (14.8 ppg) at +5000 odds. The soon-to-be named Sixth Man of the Year first made a name for himself as a rookie inside the NBA Bubble in 2020. Now in his third season with the Heat, Herro established himself as the first guy off the bench who provides an instant spark as soon as he checks into the game.

If the Heat expect to return to the NBA Finals for a second time in the last three seasons, it’s because Bam Adebayo (14.3 points, 8.7 rebounds) has a stellar series in the Eastern Conference Finals against either the Greek Freak or Jayson Tatum. Adebayo is+1800 odds to win the MVP

After Khris Middleton sprained his MCL, the Milwaukee Bucks relied on the superstar Giannis ‘Greek Freak’ Antetokounmpo more than usual in the second round. Even when the Bucks came into Game 1 of the Eastern Conference Semifinals as an underdog, the Greek Freak tallied a triple-double and wrestled away home-court advantage from the Boston Celtics. Greek Freak is +500 odds to win the NBA Finals MVP in back-to-back seasons.

Ja Morant was our pick to win the MVP this season in OG’s NBA Awards. The high-flying superstar has a difficult task ahead of him after the Memphis Grizzlies fell behind the Golden State Warriors in the Western Conference Semifinals after dropping Game 1. If the Grizzlies can upset the Golden State Warriors in this round, they’ll have enough confidence to run the table for a championship. Morant is still a long shot at +2500 odds to win the NBA Finals MVP.

At the start of the postseason, Luka Doncic was nursing a calf injury which is why the Dallas Mavs wunderkind was +9000 odds to win the MVP. Even though he missed the first two games of the opening-round series against the Utah Jazz, the Mavs stormed back to win the series in six games. The Mavs also have a tough matchup against the top-ranked Phoenix Suns in the Western Conference semifinals, which is why they’re a long shot to win the NBA championship, and why Doncic is +9000 odds to win the NBA Finals MVP. Doncic (33 ppg) missed a triple-double in Game 1 with 45 points, 12 rebounds, and eight assists, but the Mavs are doomed unless he gets some help from the rest of the team.

Joel Embiid led the NBA in scoring this season, but he suffered an orbital fracture and concussion at the end of the first round. He was already playing through a painful thumb injury before he caught an errant elbow against the Toronto Raptors. He missed Game 1 and will also sit out Game 2 against the Miami Heat, but the 76ers hope Embiid can play in Game 3 or Game 4. If the 76ers want to pull off a miracle by upsetting the top-ranked Miami Heat in the Eastern Conference Semifinals, and then somehow get past the winner of the Boston Celtics/Milwaukee Bucks, and then knock out the top team from the Western Conference, it’s because Embiid shrugs off his multiple injuries. Embiid is a long shot to win the NBA Finals MVP at +4000 odds, but his odds should be even higher.

Meanwhile, James Harden has moon shot odds to win the MVP at +20000 odds. Harden averaged 22 points and 10.3 assists per game this season, but dipped to 19 ppg in the first round. He was a non-factor in Game 1’s loss to the Heat last night with just 16 points. With Embiid sidelined, the 76ers would love to see the old Harden who could drop 40 points a night without breaking a sweat. Otherwise, they’re on the verge of an embarrassing sweep.