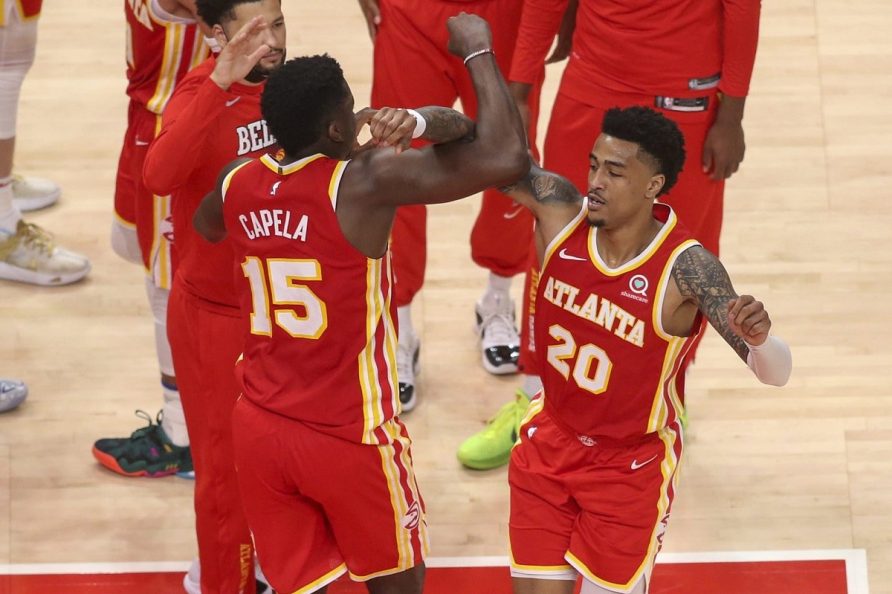 Atlanta Hawks center Clint Capela suffered a knee injury late in the second quarter of the Play-In Tournament finale against the Cleveland Cavs, and he’ll miss a couple of games during the first week of the playoffs against the Miami Heat. However, John Collins is expected to suit up for the Hawks in Game 1 against the Heat, which marks the first time he played since March due to a knuckle injury and plantar fasciitis. 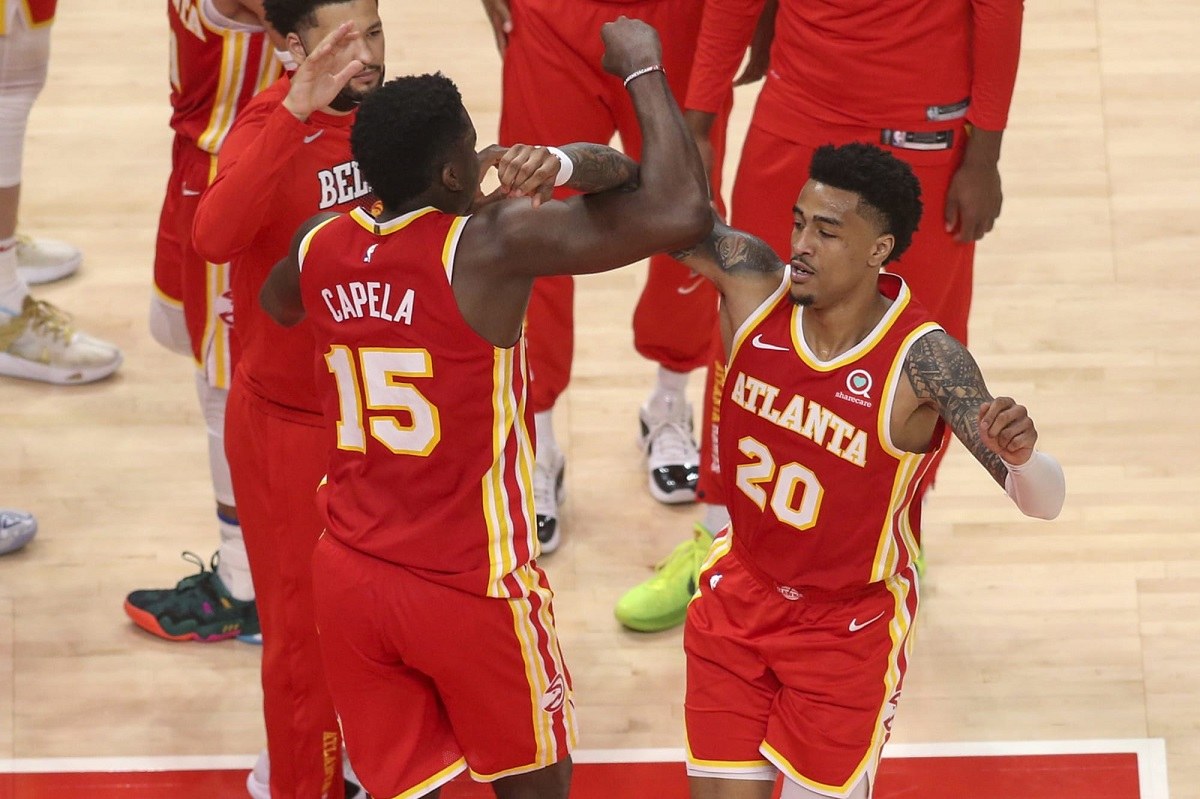 Clint Capela (15) and John Collins (20) dap it up during game introductions. (Image: Getty)

Capela missed the second half of the Play-In Tournament finale due to the injury, but the Hawks defeated the Cavs to secure the #8 seed in the Eastern Conference. The Hawks advanced to the playoffs with a first-round date against the top-seeded Miami Heat.

Capela underwent an MRI on Saturday in Miami, which revealed a hyper-extended knee. The Hawks and Capela were fortunate that there was not any significant structural damage. Capela is listed out for a week, and will be re-evaluated next Saturday.

Capela is the Hawks anchor on defense as their rim protector. He averages 11 points, 11.9 rebounds, and 1.3 blocked shots per game this season.

Capela will miss Game 1, scheduled to tip-off in Miami on Sunday. He’ll miss Game 2, which is slated for Tuesday in Miami. The series shifts to Atlanta for two games on Friday and next Sunday. There’s a glimmer of hope that the injury subsides, and Capela could suit up for the Hawks for Game 4.

Game 1: Capela Out, Collins In

At least the Hawks got some good news on the injury front with John Collins penciled in the lineup for Game 1. Collins has been out since March with two different injuries. He had a knuckle issue on his shooting hand, and also has a painful plantar fasciitis injury. The Hawks decided to shut him down the rest of the regular season and hoped the time off could help him heal.

“Obviously tough to play basketball with this,” Collins said back in March.

Collins averaged 16.2 points and 7.8 rebounds in 54 games this season. His numbers have declined the last couple of seasons because the offense goes solely through Trae Young via pick-and-rolls, ISOs, and long-distance bombs. With Young the focal point of the offense, Collins has to fend for himself to get buckets off loose balls, offensive rebounds, and transition buckets. He requested a trade and had been the subject of trade rumors to the LA Lakers, but the Hawks kept him at the trade deadline.

The Hawks are +6.5 road dogs against the Heat heading into Game 1.