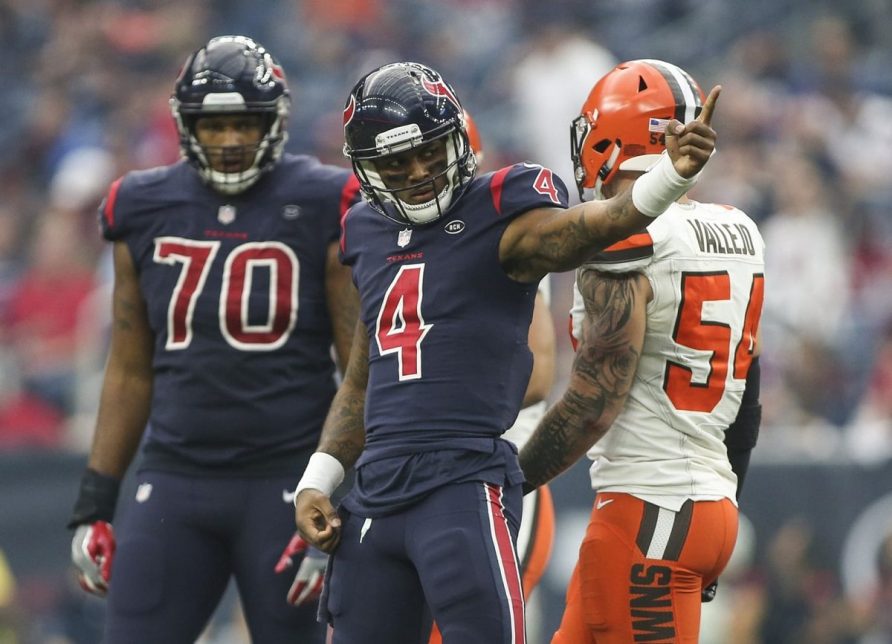 The Cleveland Browns pulled off a huge coup by acquiring quarterback Deshaun Watson in a trade with the Houston Texans last week, but they also saw their Super Bowl odds bump at DraftKings from +3500 to +1700 after the trade. 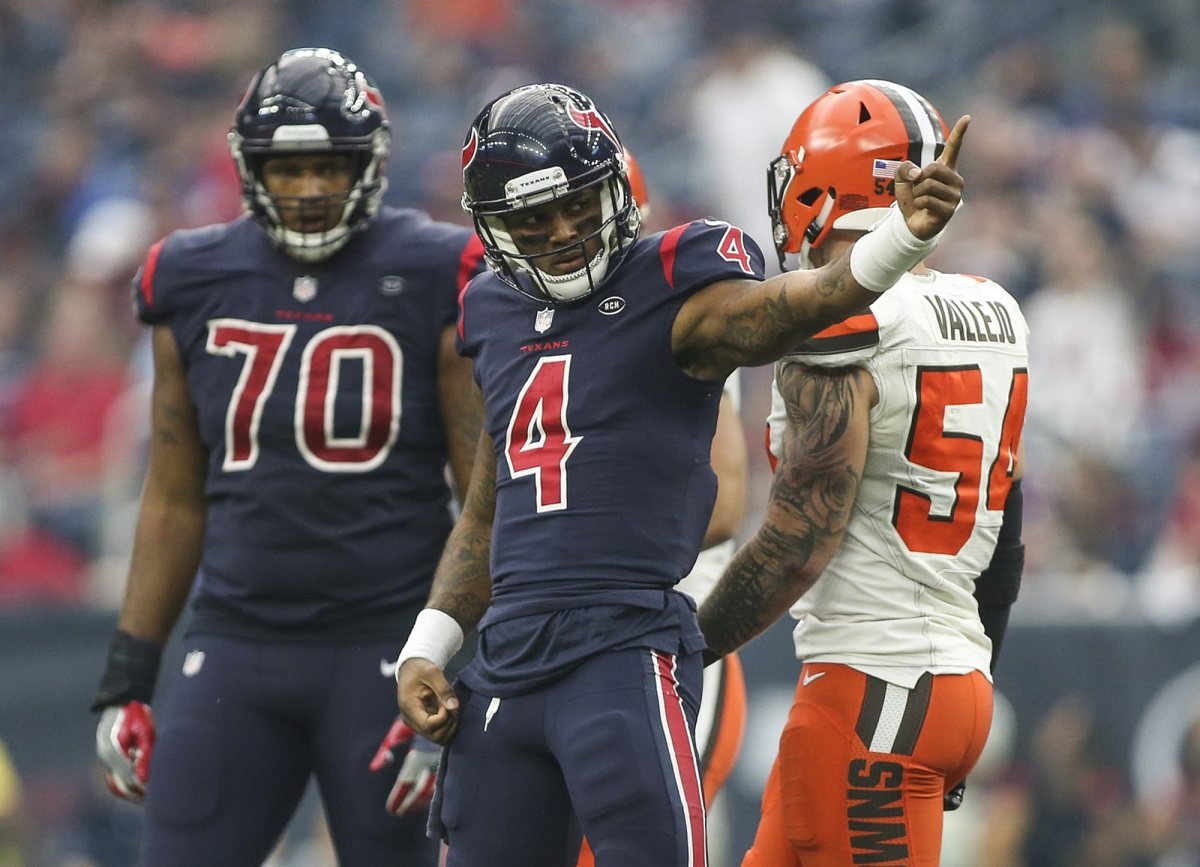 The Cleveland Browns upgraded their quarterback after securing Deshaun Watson in a trade, and their Super Bowl odds improved. (Image: Getty)

The Texans will receive a motherlode of picks for Watson with three first-round draft picks over the next three NFL drafts. The Browns also added three additional picks that include a third-rounder (2023) and two fourth-rounders (2022, 2024). In exchange, the Texans will send Watson and a sixth-round pick from the 2024 draft.

Initially, it was reported that the Texans were sending the Browns a fourth-rounder, but the NFL announced that it’s a sixth-rounder.

The AFC North has been synonymous with smashmouth football because of the rugged and old-school nature of the division. However, with the addition of a long-range bomber like Watson, the AFC North is looking more like a West Coast division. The AFC North features three exciting quarterbacks, with Watson squaring off twice every season against the dual-threat Lamar Jackson from the Baltimore Ravens and the gunslinging Joe Burrow from the Cincinnati Bengals. If all three quarterbacks can fade injuries, then the AFC North will be fun to watch over the next decade.

The Cincinnati Bengals secured a berth in Super Bowl 56, but lost to the LA Rams. Burrow and the Bengals are +1800 odds to return to the Super Bowl next season and win the championship, but they’re a smidge behind the Browns. Meanwhile, Jackson and the Ravens are +2200 odds to win Super Bowl 57.

In case you’re wondering, after Big Ben retired, oddsmakers did not instill much faith in the Pittsburgh Steelers next season at +6500 odds to win Super Bowl 57.

The Atlanta Falcons and New Orleans Saints were favorites to land Watson last week, and numerous outlets reported that Watson was deciding between the two NFC South teams as his next home. However, the Browns snuck in the backdoor at the last minute and snatched Watson away from the Panthers and Saints.

With the Falcons out of the Watson race, they scrambled and traded Matt Ryan to the Indianapolis Colts, and signed Marcus Mariota. The Saints, in turn, re-signed Jameis Winston, who blew out his ACL last season and was behind schedule in his rehab.

At this point, the Panthers are stuck with Sam Darnold as their starting quarterback, which is problematic for head coach Matt Rhule. It’s a make-or-break year for Rhule and if the Panthers don’t show vast improvement — aka a wild-card berth or a winning season at the least — Rhule will get fired. That begs the question, is he willing to ride or die with Darnold?

Now that the Browns have their quarterback of the future, they have to figure out where to trade Baker Mayfield. The Carolina Panthers and Pittsburgh Steelers are both searching for a quarterback, however, word on the street is that the Browns are asking for a huge price tag and seeking a first-round draft pick in exchange for Mayfield.

The Panthers, who eyed Watson in a trade with the Texans, recently said they’re not interested in Mayfield. That could be a bluff, however, because the Panthers would rather not cough up a first-rounder for Mayfield and are waiting for the Browns to lower their asking price.

Mayfield, the former #1 pick in the NFL Draft, has been a disappointment as far as top picks go. He recently underwent surgery to repair his non-throwing shoulder. But, let’s not forget that Jimmy G is still available. If the Panthers have to give up draft capital, they’d rather grab Jimmy G.

The Steelers could be in the market for Jimmy G or Mayfield if they don’t secure a quarterback in the upcoming NFL Draft. Then again, the Steelers and Browns are divisional rivals, so it’s a fat chance they make a deal on a quarterback they’ve beaten up on for the last few seasons.

If no one bites on Mayfield, the Browns will have to drop their price. Otherwise, they might have to take the cap hit and carry Mayfield through the start of the season. The market will improve when the war of attrition takes over and teams start losing starting quarterbacks to injuries.

The New Orleans Saints could also snag Mayfield as an insurance policy if Winston isn’t ready to play by Week 1.