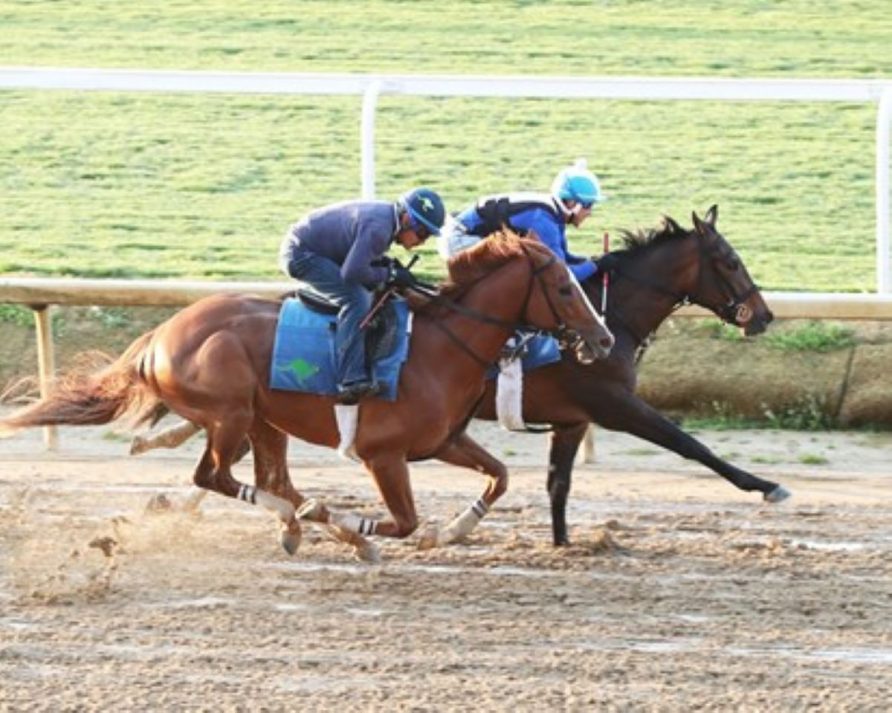 Not three weeks after trainer Brian Lynch scratched Classic Causeway from the Kentucky Derby after his last-place performance in the April 2 Florida Derby, the trainer put the graded-stakes winning colt back in the Derby field. 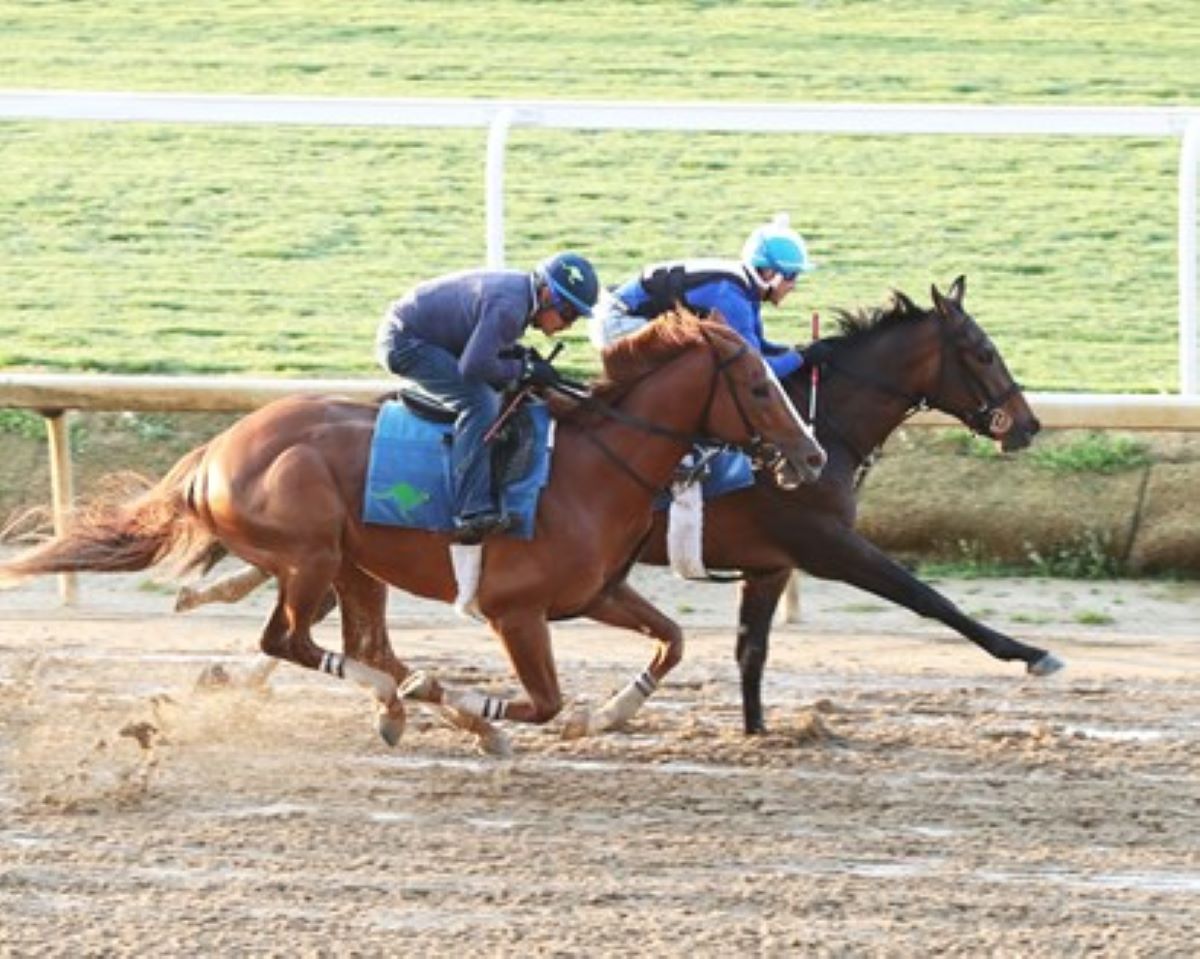 This April 16 workout from Classic Causeway (front) helped convince the colt’s connections to put him back into the Kentucky Derby. His trainer scratched him after Classic Causeway finished last in the April 2 Florida Derby. (Image: Coady Photography)

Lynch confirmed to Churchill Downs Monday that Classic Causeway and his 66 points will run the May 7 Derby. As a result, Pioneer of Medina — who got into the Derby with Morello’s defection Sunday — is back out again.

That didn’t stop Pioneer of Medina, who reverts back to his outside-looking-in position with 25 points, from clocking a bullet 59.8-second five-furlong work. That was the fastest of eight horses running that distance at Churchill Downs Monday morning.

As for Classic Causeway, his Derby date replaces his Pat Day Mile date. After Lynch pulled the Giant’s Causeway colt from the Derby, he replaced it with that Grade 2 race on the Derby undercard.

Rank has its privileges

“I’ve been through every excuse not to run him, and I can’t find one,” Lynch told the Daily Racing Form. “The two owners have a combined age of 160 years of living amongst everyone who’s ever run in the Derby. The colt has just given me no excuses. He’s sound and he worked great Saturday. I’ve just got to put a line through the Florida Derby and trek on.”

Classic Causeway clocked a 1:00.80 five-furlong breeze Saturday at Churchill Downs. That second Churchill Downs workout was 22nd of 70 at that distance that day and enough to finalize Lynch’s decision.

Classic Causeway misfired in his biggest race to date

Lynch’s original excuse to bypass the Derby came after Classic Causeway threw in an inexplicable clunker in the Florida Derby. Leading the race through the first half-mile, Classic Causeway gave way coming into the far turn and “was not persevered with,” according to the Equibase race notes. That’s a cute way of describing Classic Causeway finishing 21 1/4 lengths behind winner White Abarrio.

That came after Classic Causeway wired the field in his previous two races: the Grade 3 Sam F. Davis and the Grade 2 Tampa Bay Derby. He clocked identical 104 Equibase Speed Figures in those two Derby preps.

By comparison, Classic Causeway clocked a 68 in the Florida Derby.

Not ideal, but a potential Derby value

While you always seek out Derby prospects in good form building your tickets, speed horses can overcome awful final preps. It’s not common, mind you, but all you have to do to find an example of this is last year’s Derby.

Mandaloun came out of his sixth-place, head-scratching Louisiana Derby finish into a runner-up placing at the Derby — at 26/1. He was promoted to winner nine months later, after Medina Spirit flunked a post-race drug test.