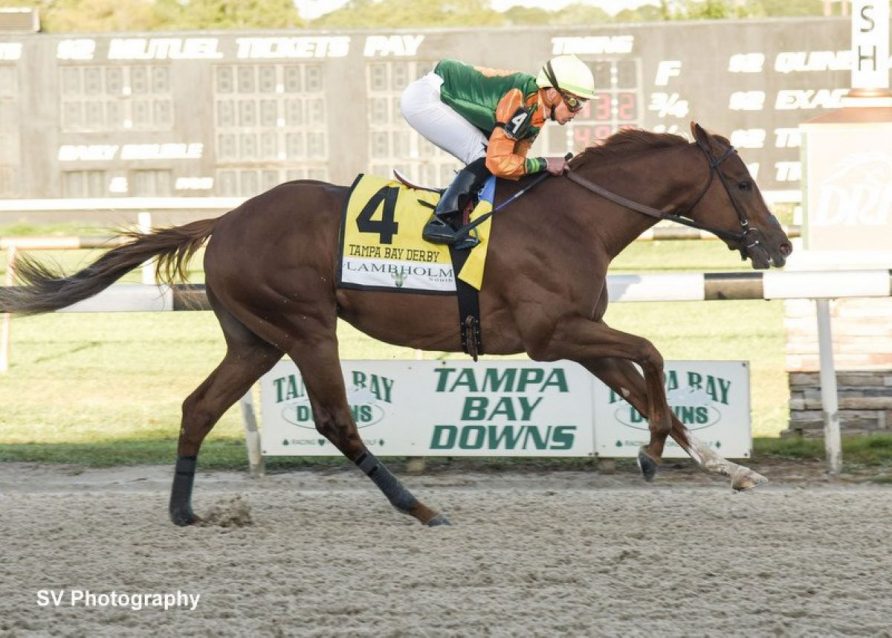 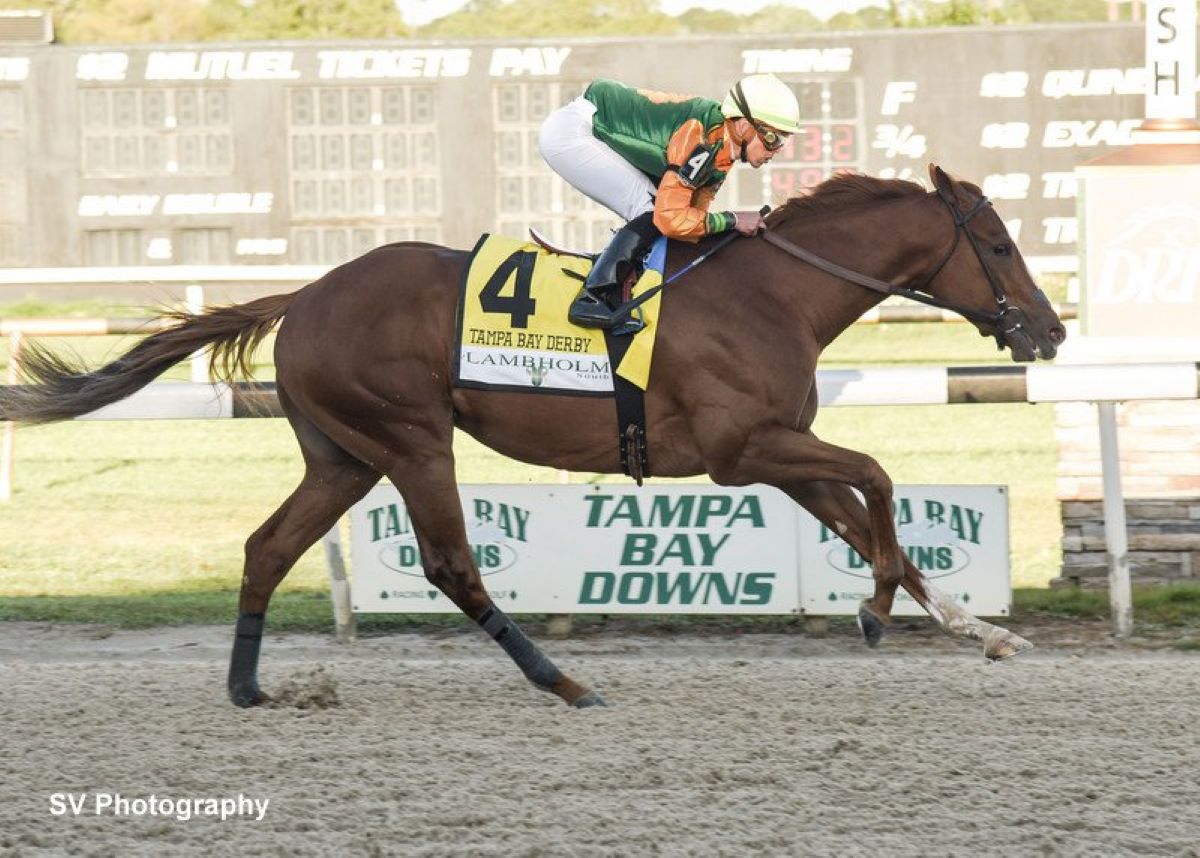 Saturday’s total handle of $20,778,222 blew away last year’s previous mark by more than $5.5 million and by 36%. On the rare day that most of the country’s horseplaying eyes were on Tampa Bay Downs, that track delivered the largest handle of any track in the nation.

The Central Florida track took in $751,667 in on-track wagers from the 5,381 fans who braved early-morning rain and overcast skies. That crowd watched 4/5 favorite Classic Causeway become the first horse since Destin in 2016 to sweep Tampa Bay Downs’ two Kentucky Derby preps. A month after winning the Grade 3 Sam F. Davis, the Giant’s Causeway colt went gate-to-wire, easily disposing of his rivals with a 2 ½-length victory.

That victory brought Classic Causeway 50 Derby points, pushing him to a ladder-leading 66 and putting him comfortably in the field for the May 7 Derby. Nitpickers will look at Classic Causeway’s pedestrian 84 Beyer Speed Figure and note it was a four-point drop from the 88 he clocked winning the Sam F. Davis. Running an 84 Beyer won’t impress anyone in rival Derby camps, nor will it scare any of his fellow Derby contenders.

“There was a very strong headwind going up the backstretch, and he was geared down late (by jockey Irad Ortiz Jr.),” trainer Brian Lynch told Tampa Bay Downs’ Mike Henry. “I thought his Beyer might have been a little higher, but he did it so nicely, it’s not something I’m worried about. I really look forward to sitting down tonight and having a real good look at the replay. But visually, to my eyes, he ran a 110 Beyer.”

Both his Davis and Tampa Bay Derby Equibase Speed Figures were a 104.

Classic Causeway covered the 1 1/16 miles on a track rated good in 1:44.9. That was a tick slower than Secret Oath’s 1:44.74 clocking at Oaklawn Park in the Honeybee over the same distance. It was more than a second slower than 4-year-old colt Scalding employed winning the Challenger three races earlier. That race came at the same distance as the Tampa Bay Derby.

Be all of that as it may, Lynch has himself a Derby horse – health permitting. He said Classic Causeway’s final Derby prep will come at Keeneland April 9 in the Grade 1 Blue Grass Stakes. The test there is will Classic Causeway continue getting the breaks – breaks from the gate that paced his two wins. Can he come off the pace if a rival demands it?

“One of the difficult things with horses is to keep that ‘want-to’ in them, when you’re not forcing them as much to do it,” Lynch said. “He seems to have plenty of ‘want-to.’ This colt is very good at what he does, and he looks so comfortable doing it. At every stage of the race, he looked like a winner.”