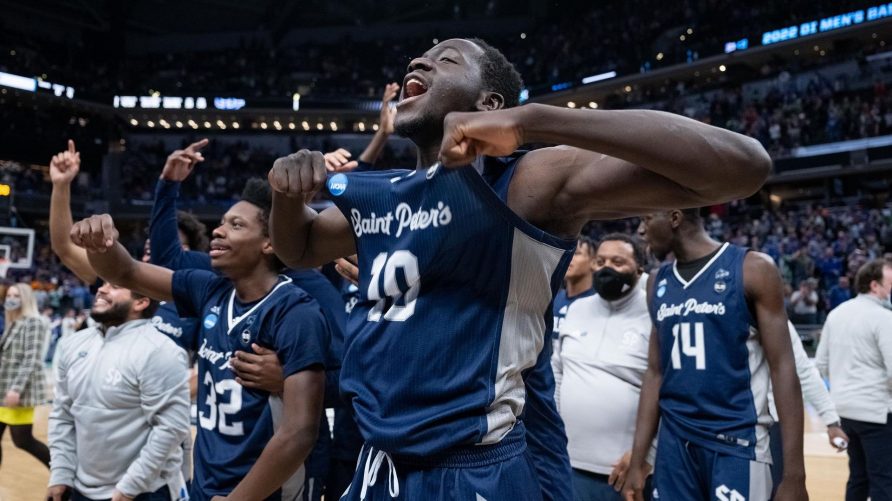 While the first round of the NCAA Tournament inevitably produces both unexpected upsets and predictable blowouts, things tend to tighten up a bit in the second round. Just by winning a game, even the least known teams have already proven they belong in March Madness. 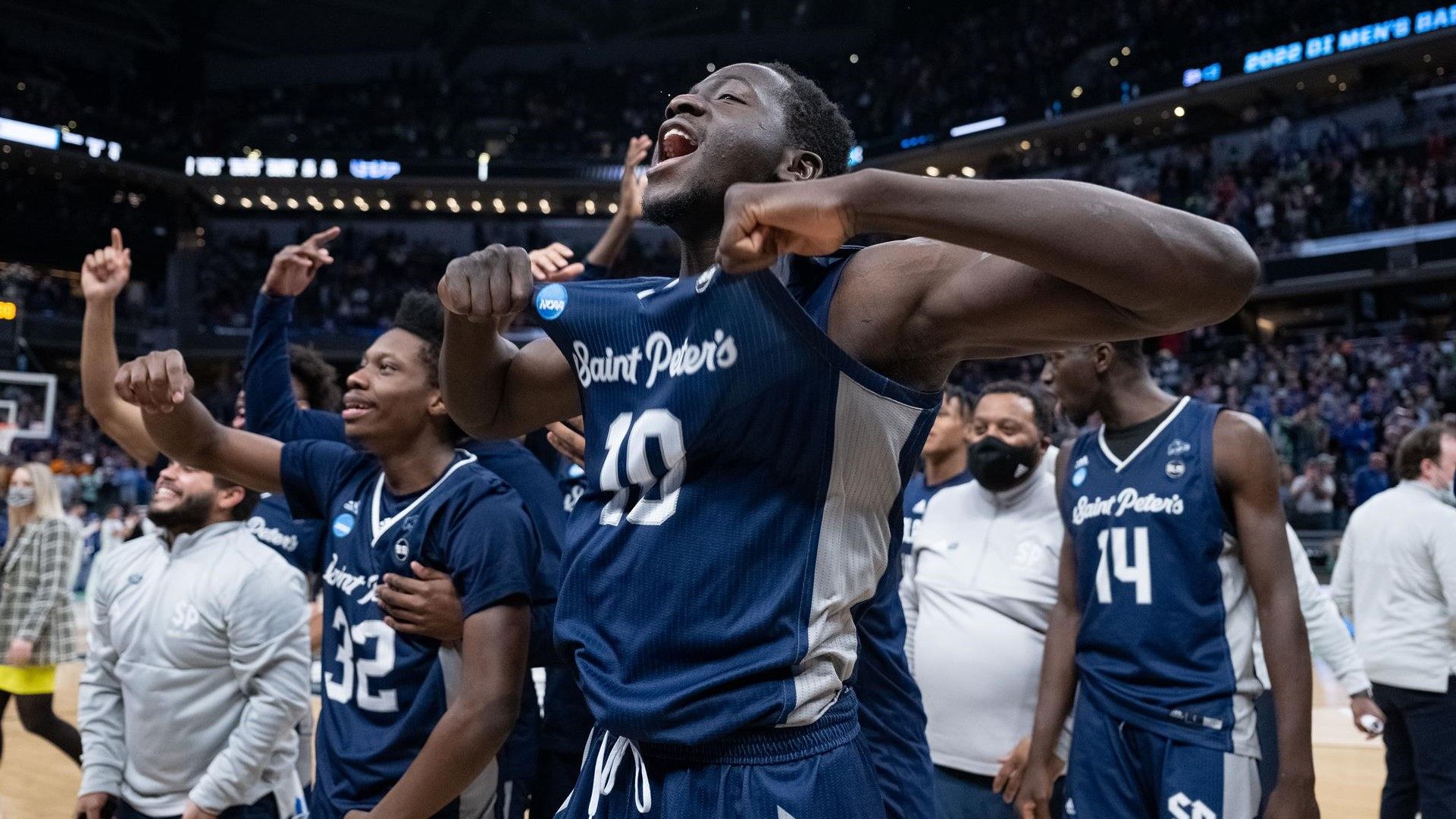 Saint Peter’s is back in action on Saturday after pulling a huge March Madness upset over Kentucky in the first round of the NCAA Tournament. (Image: Saint Peter’s University Athletics)

That means there’s plenty of anticipation on the first weekend of the tournament, as bigger names begin to face off against each other, while dangerous mid-majors get another shot at knocking off college basketball royalty. Here’s a look at a few of the best March Madness games on tap for Saturday.

Baylor’s national title defense will see its first true test on Saturday, as the Bears take on a blue blood in North Carolina. Both teams enjoyed blowouts in the first round. Baylor easily dispatched an overmatched Norfolk State team 85-49, while the Tar Heels blasted Marquette 95-63 in what had promised to be a competitive 8 vs. 9 matchup. UNC will have to play just as well on Saturday to have a chance against the Bears, who are allowing just 63.2 points per game on the season.

Maybe Providence will finally get some respect now that they’ve successfully turned back a challenge from South Dakota, one of the darling upset picks of the first round. Then again, they’re only three-point favorites over No. 12 Richmond, which scored one of the bigger upsets of the first round by beating Iowa. Expect a low-scoring contest here, but don’t be surprised if Providence continues to justify their seed – and defy their critics – by posting a solid victory.

Two West Coast stalwarts face off in an intriguing 4 vs. 5 second-round matchup. Saint Mary’s had little trouble with Indiana, knocking off the Hoosiers 82-53 on Thursday. Meanwhile, UCLA has a tougher time with Akron, winning just 57-53 on a day where the Bruins struggled from the field, shooting just 35.2 percent. Don’t expect UCLA to struggle nearly that much again. But Saturday’s matchup could still be a grind, with two teams that play at a relatively slow tempo facing off in a tight contest.

Saint Peter’s picked up the biggest upset of the first round (at least at the time of this writing) by beating Kentucky 85-79 in overtime. The 15th-seeded Peacocks won’t get much of a reprieve from tough competition in the second round, however, as they’ll take on a Murray State team that won its own overtime contest against San Francisco. The No. 7 seed Racers are now 32-3 on the season, and look to be a tough out in March Madness – and likely too much for Saint Peter’s in this matchup.

Gonzaga struggled a bit early against Georgia State, but had absolutely no trouble in the second half in route to a 93-72 win. Meanwhile, Memphis looked strong throughout in its opening 64-53 win over Boise State. Yes, the Bulldogs are a prohibitive favorite here. But Jalen Duren makes the Tigers a dangerous foe, especially if Memphis can manage to keep the pace of play reasonable and not let Gonzaga turn this into a track meet. Expect Gonzaga to win, but Memphis may well cover the rather large spread.