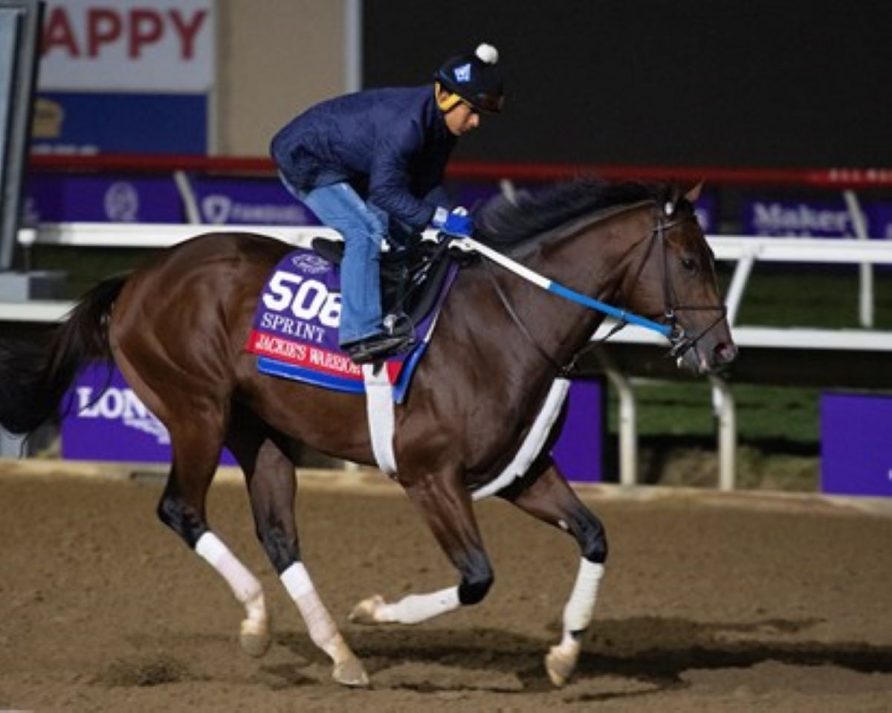 The last time Jackie’s Warrior stepped into a starting gate, he did so as the 1/2 favorite in last November’s Breeders’ Cup Sprint at Del Mar. It was supposed to be the exclamation point on a seven-figure coronation as the country’s top male sprinter. 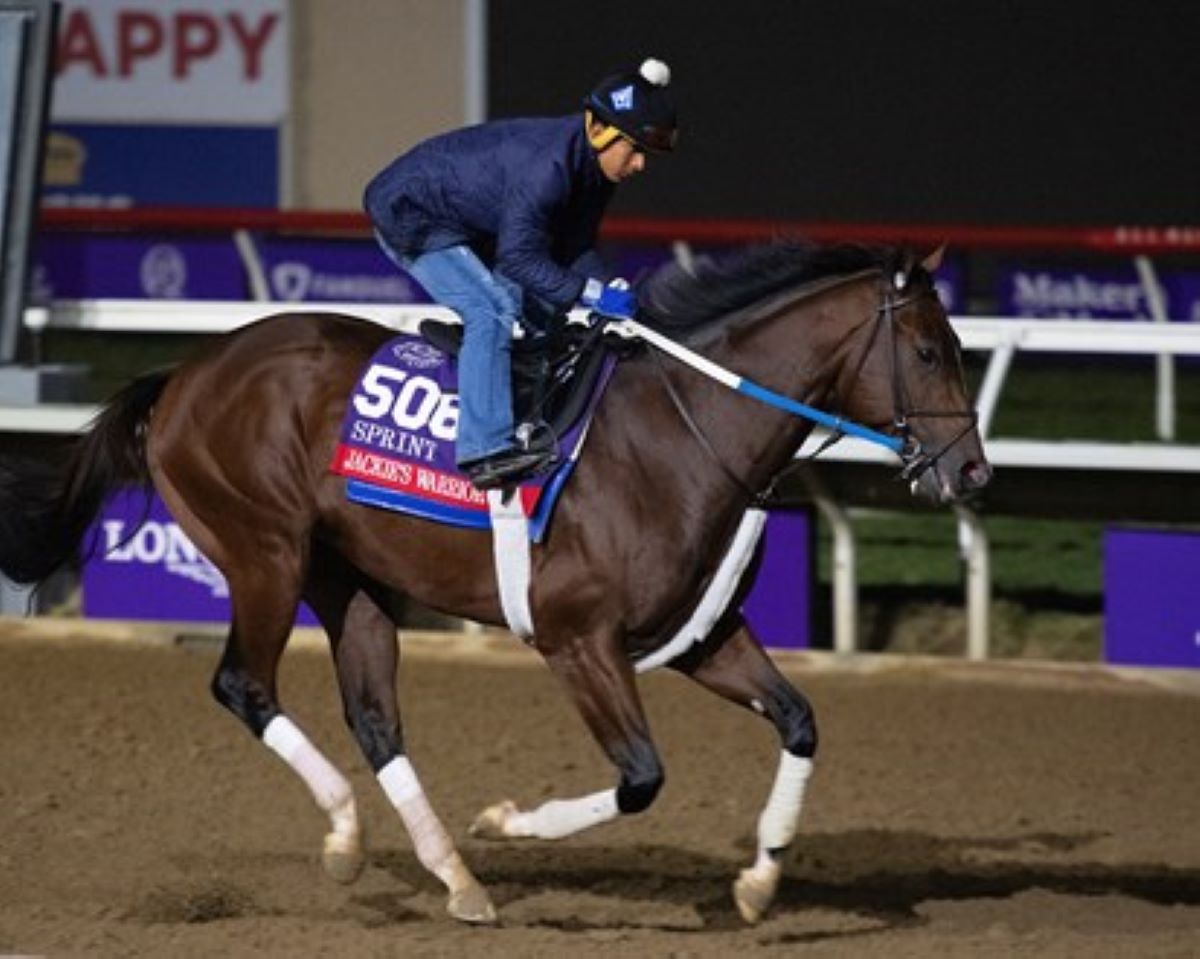 Instead, Jackie’s Warrior lost the plot. He set the pace until the final five-sixteenths, when Dr. Schivel and Special Reserve passed him. That took all the wind out of Jackie’s Warrior’s sails and he slackened to sixth. Just like that, Jackie’s Warrior had his worst career finish, missing the board for only the second time in 12 starts.

Now, he returns as the 6/5 favorite in Saturday’s Grade 3 Count Fleet Sprint Handicap at Oaklawn Park. Carrying the top weight of 123 pounds in the six-furlong handicap, Jackie’s Warrior races on Lasix for the first time in his career. The anti-bleeding diuretic is permitted in Arkansas.

The Maclean’s Music colt makes his 4-year-old debut in the Count Fleet, where he attempts to bring trainer Steve Asmussen his record fourth Count Fleet title. Asmussen’s last Count Fleet title came three years ago with Mitole, who managed to win his Breeders’ Cup Sprint that year. That brought him the Eclipse Award as Champion Male Sprinter.

Even with BC burp, Jackie’s Warrior got his Eclipse

Speaking of Eclipse Awards, it’s a testament to the kind of season Jackie’s Warrior had in 2021 that his Breeders’ Cup hiccup didn’t cost him on that front. Jackie’s Warrior still mustered enough support to win last year’s Eclipse as Champion Male Sprinter.

That came after he won four of seven races last year, finished second once and third another time. His four wins equaled the four victories from his 2-year-old campaign. And he still banked more than $1 million ($1,051,400).

You can bank seven figures when you win four graded stakes races, including a Grade 1. Jackie’s Warrior became the first colt to beat Life Is Good, when he beat his fellow 3-year-old by a neck in the H. Allen Jerkens Memorial at Saratoga.

He added wins in three Grade 2s: the Pat Day Mile at Churchill Downs, the Amsterdam at Saratoga and the Gallant Bob at Parx Racing. The second came to Drain the Clock in the Grade 1 Woody Stephens at Belmont Park.

Waiting for Jackie’s Warrior are local product Bob’s Edge (2/1). He comes in off victories in the King Cotton Stakes and Grade 3 Whitmore Stakes, both at Oaklawn.

There’s also Empire of Gold (6/1), who finished fourth in the 2020 Breeders’ Cup Sprint. He hasn’t run since winning an allowance at Remington Park last October.