Eight of the top players on the Champions Chess Tour will head to Norway to compete in an online tournament from the same studio as the Oslo Esports Cup begins on Friday. 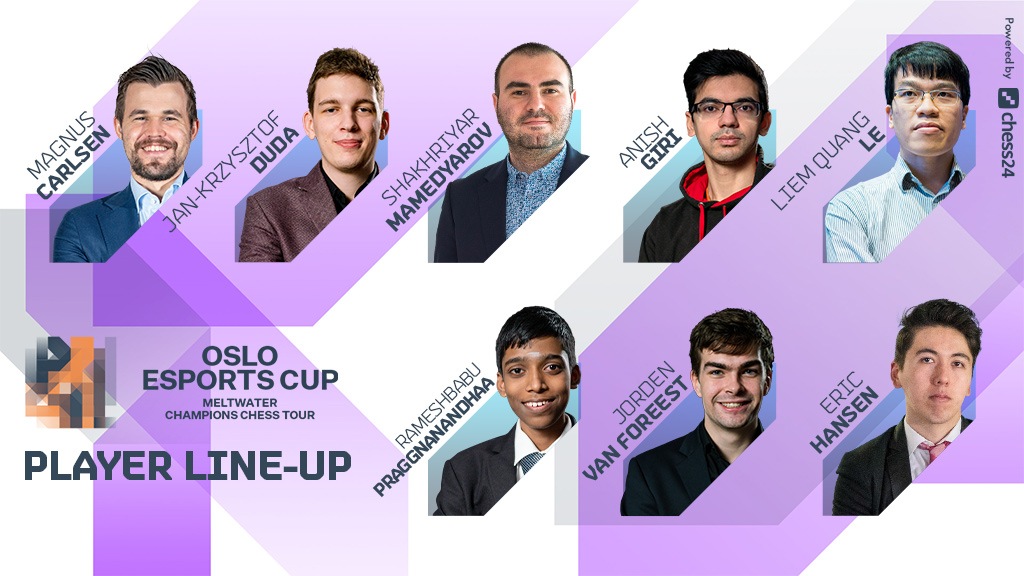 Magnus Carlsen comes in as the -350 favorite to win the Oslo Esports Cup, according to DraftKings Sportsbook.

Carlsen won the first two “regular” events on the Champions Chess Tour this year. He’ll try to become the first player in the two years of the tour to win three consecutive events in the same season. Counting back to the 2021 tour, the World Chess Champion will be looking to win his fifth straight tournament.

The Oslo Esports Cup will award a total of $210,000 in prize money. The eight-player field will compete in a full round-robin, with each player taking on every opponent in a four-game rapid match. Should the match be tied, blitz and potentially an Armageddon tiebreaker will be used to determine a winner.

Each match win is worth three points. If a match goes to tiebreakers, the winner will earn two points, with the loser taking one. At the end of the tournament, the player with the most points wins. Each player also earns $2,500 per point.

To win, Carlsen will have to contend with some of the other top players on tour so far this season. Polish star – and World Championship contender – Jan-Krzysztof Duda (+750) earned his spot after finishing as the runner-up to Carlsen at the Charity Cup last month. Anish Giri (+750) is tied for 15th in the tour rankings, but is always a threat as one of the world’s top-ranked grandmasters.

Le Quang Liem (+3000) and Eric Hansen (+5000) each earned spots via their overall tour performance, even if they are unlikely to contend for first at the Oslo Esports Cup. Liem made the knockout stage in each of the first two events, and has won $21,500 on tour so far. Meanwhile, popular Canadian streamer Eric Hansen proved he could hang with the world’s elite by reaching the quarterfinals of the Airthings Masters, and currently ranks eighth on tour with $11,750 in earnings.

Organizers invited the other entrants, including Giri, as wild cards. 2021 Tata Steel Masters winner Jorden van Foreest (+2000) is coming off of a quarterfinal appearance in the Charity Cup. Shakhriyar Mamedyarov (+1200) hasn’t appeared on the Champions Chess Tour this season, but ranks No. 10 in the world and has the ability to beat anyone in the field, including Carlsen.

Finally, there’s Indian youngster Rameshbabu Praggnanandhaa. The 16-year-old stunned the chess world by beating Carlsen in their round-robin game in the Airthings Masters. You can’t bet on Praggnanandhaa at regulated US sites – he’s under 18 years old, after all – but Unibet is offering him as a +10000 longshot.

The Oslo Esports Cup is the third event of nine on the Champions Chess Tour schedule. The tour continues through November, with the final six tournaments still unnamed at this time.