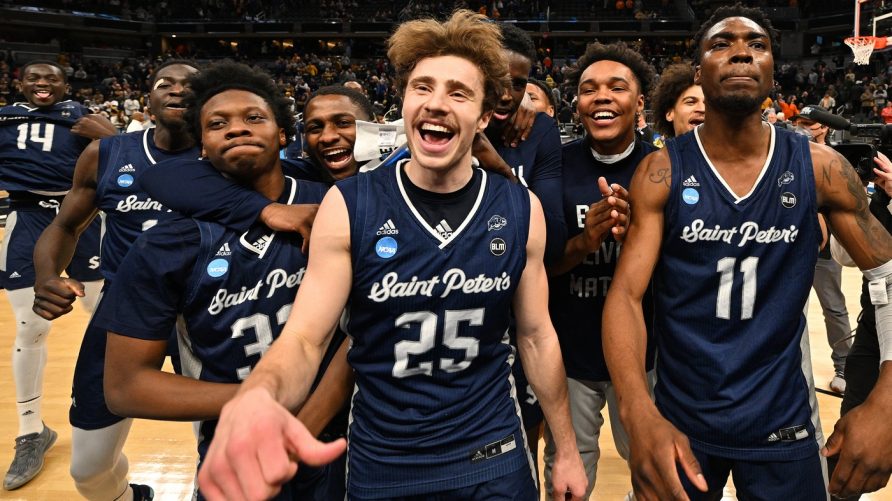 Nobody gave Saint Peter’s a chance of reaching the Elite Eight. Few even gave the Peacocks a chance to win their first game. But the New Jersey school will now be playing alongside seven other schools for a shot at the Final Four. 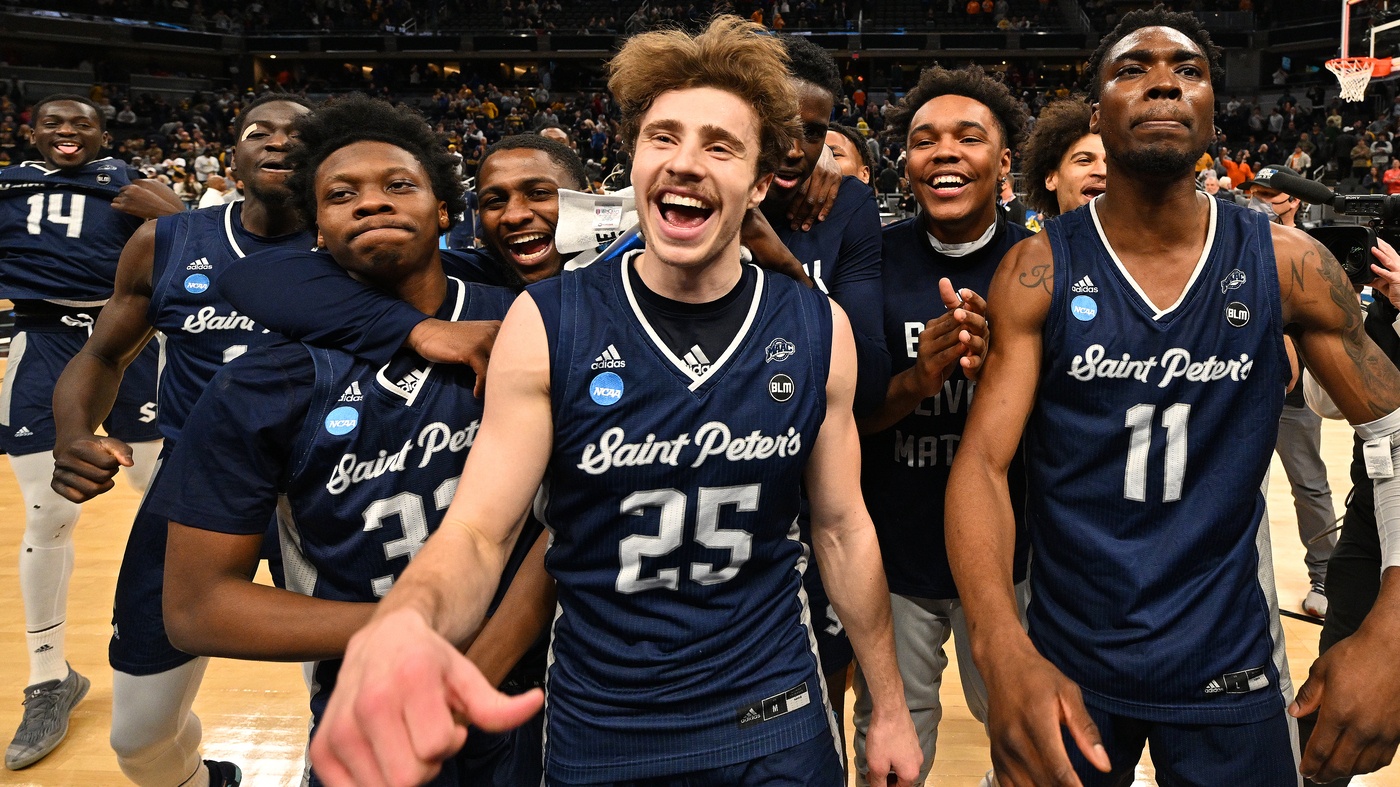 Saint Peter’s has continued its Cinderella run all the way to the Elite Eight, where it will take on North Carolina. (Image: Jamie Sabau/NCAA/Getty)

Saint Peter’s will take on North Carolina in the final Elite Eight game on Sunday. The action kicks off Saturday afternoon with a battle between Houston and Villanova. Here’s a quick look at all four games on this weekend’s NCAA Tournament slate, with odds via DraftKings Sportsbook.

There can be no doubt that Houston is a title contender after the way the Cougars dominated Arizona in a 72-60 win on Thursday. They’re also playing the Elite Eight less than 200 miles from their campus in San Antonio, meaning they should benefit from having the crowd at their back. Despite being a No. 5 seed, Houston is now the +350 second choice to win the tournament outright.

Villanova hasn’t faced a late test yet in the NCAA Tournament. Most recently, the Wildcats beat Michigan 63-55 in the Sweet 16, pulling away from the Wolverines in the final 10 minutes behind 22 points from senior forward Jermaine Samuels. While Villanova winning this game would only be a minor upset, it will have to improve on its 9-for-30 shooting mark from behind the arc against Michigan, a number that won’t be enough to beat Houston.

Many people picked Texas Tech to beat Duke in a tossup game on Thursday. Instead, the Blue Devils held off Coach K’s retirement by at least one more game, booking a place in the Elite Eight. Paolo Banchero scored 22 to lead a balanced Duke attack in which all five starters reached double figures against the best defense in the country.

Arkansas may be coming in as the underdog, but knows it can beat anybody after knocking off the No. 1 seeded Gonzaga Bulldogs 74-68. The Razorbacks forced 15 turnovers and got Chet Holmgren into foul trouble, a combination that paid dividends down the stretch. Arkansas will look to use that same gameplan against Duke, attacking the rim and drawing fouls to stay in the game from the foul line.

Kansas is the only No. 1 seed to reach the Elite Eight, a fact that has them sitting pretty as the +275 favorite to win the NCAA Tournament. But the Jayhawks haven’t exactly dominated teams so far: after easing past Texas Southern, they beat Creighton by seven, then Providence by five in the Sweet 16.

Meanwhile, Miami has blitzed its last two opponents, beating Auburn by 18 and Iowa State by 14. The Hurricanes came into the tournament as a No. 10 seed, but has the scoring punch to stay with the Jayhawks. The biggest question will be if they can slow Kansas down, as the Jayhawks sport plenty of scoring punch, even outside their starting lineup. Remy Martin scored 23 off the bench on Friday, and Miami must contain him if they hope to advance to the Final Four.

Saint Peter’s just keeps winning, making bettors happy – at least if they live outside of New Jersey. The first No. 15 seed to ever reach the Elite Eight has already sprung upsets against theoretically superior teams in Kentucky and Perdue, so why not add North Carolina to that list?

Of course, North Carolina has done its share of giant killing as well. The Tar Heels beat No. 1 seed and defending champion Baylor in the second round, then survived a tough test with UCLA in the Sweet 16. They also have a great narrative building, as UNC would meet up with Duke in the Final Four if both win this weekend. To do so, the Tar Heels will need to find a way to solve the Peacocks’ suffocating defense, which has held all tournament opponents to 43 percent or less from the field.