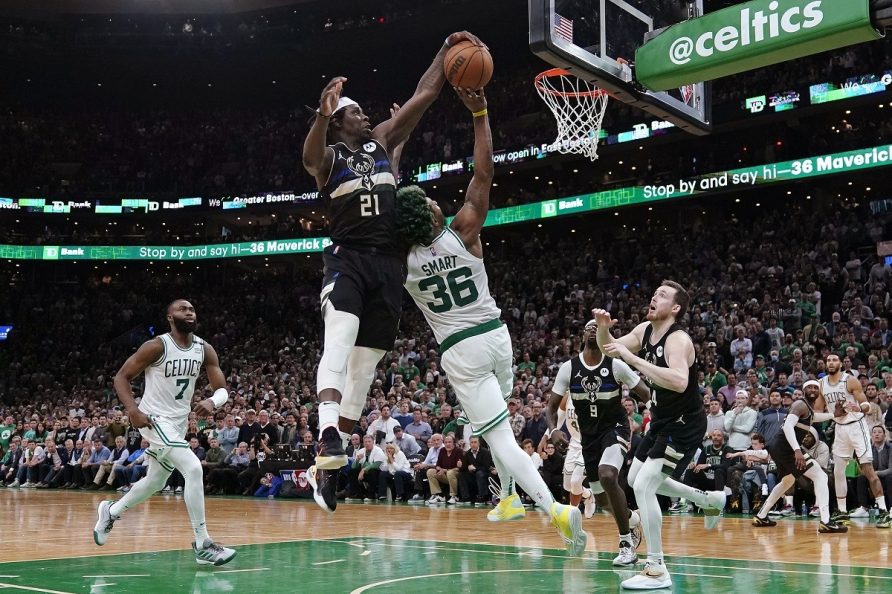 In a decisive Game 5, the Milwaukee Bucks wiped out a double-digit deficit in the fourth quarter and stole a road win 110-107 against the Boston Celtics to break a 2-2 series tie and surge ahead with a 3-2 lead. Defensive specialist Jrue Holiday blocked a shot by Marcus Smart and ripped the ball out of his hands to prevent an easy bucket and seal a comeback victory for the Bucks. 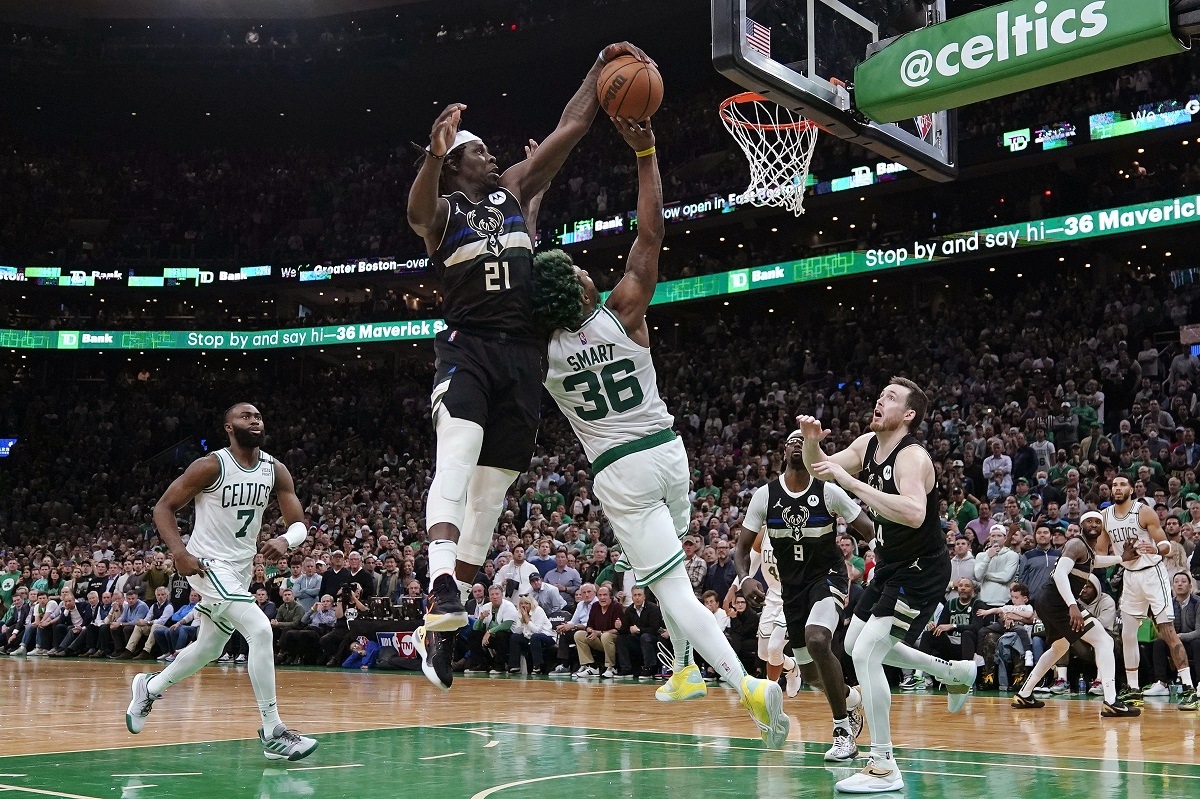 Marcus Smart from the Boston Celtics has his shot blocked by Jrue Holiday from the Milwaukee Bucks in Game 5 of the Eastern Conference Semifinal at TD Garden. (Image: AP)

The Bucks saw their 2022 NBA championship odds bump to +425 as the third-highest team on the DraftKings’ future board. The Celtics dropped to +850 odds.

When the Bucks acquired Holiday in a trade with the New Orleans Pelicans, we said that the Bucks got one of the best two-way players in the league. A lot of defensive specialists don’t have tremendous offensive skills, but Holiday brought the heat on both ends of the court. The addition of Holiday last season is one of the many reasons why the Bucks won the 2021 NBA championship.

Holiday had one of his best games of this year’s postseason with 24 points, eight rebounds, eight assists, two blocked shots, and one steal. He knocked down a huge 3-pointer with 43 seconds remaining to tie the game at 105-105. But, it’s the blocked shot heard around the world by Holiday that’s become meme fodder on social media, and will incite spewed venom on New England sports talk radio for the next 36 hours.

“Obviously, in Boston you’re down 14 in the fourth quarter, people would say everything’s against us,” said Holiday. “But we come together. We live and die like that.”

WHAT A BLOCK BY JRUE HOLIDAY.

AND HE EARNS THE POSSESSION 🤯

Giannis ‘Greek Freak’ Antetokounmpo lit up the Celtics once again for 40 points and 11 rebounds. It’s his second 40-point game in the last three games, and he’s now averaging 33.6 ppg against the Celtics this series.

Bobby Portis scored 14 points and hauled down 15 rebounds in 28 minutes off the bench. He also had one of the biggest offensive rebounds and “garbage” buckets of his career. Portis gobbled up a missed free throw from Greek Freak and scored a put-back basket to put the Bucks ahead 108-107 with 11.4 seconds to go.

“Growing up as a kid, I really wasn’t very skilled or really had one thing I really did well, but I was always like a jack of all trades, did everything good but nothing great,” said Portis. “My mom always told me as a kid just to be a garbage man. Being a garbage man is if you want scoring opportunities and you’re not getting the ball passed to you, you go get the ball on the offensive glass. That’s one thing my mom always taught me. Shoutout to my mom on that.”

“Unbelievable, ” said Greek Freak. “Bobby bailed me out. I owe him one for that.”

“Bobby is so tough, so relentless,” said Budenholzer. “In another life he’s a bounty hunter, because once he locks in, he’s not giving up, and will hunt you down.”

“If we box out we win that game,” said Boston point guard Marcus Smart. “They’re the defending champs. They made some championship plays. And now we’ve got to bounce back.”

Bobby Portis’ rebound and putback to win Game 5… through the lens of our slo-mo #PhantomCam! pic.twitter.com/RYnl8jJsVW

The Bucks outscored the Celtics 33-21 in the fourth quarter en route to a huge victory in Game 5. They really missed big man Robert Williams III, who sat out a second game in a row with knee soreness.

The Bucks harassed Tatum, who shot just 12-for-29 from the field. He struggled from deep with a 2-for-11 clip from 3-point range. He’s been cold from downtown in the last three games connecting on 5-for-27 from beyond the arc for just 18.5%. In the first two games, Tatum shot 47.3% from 3-point land on 9-for-19. But, the Bucks did a much better job on defending him on the perimeter in the last three games.

“We’re gonna be down,” said head coach Ime Udoka about the tough loss. “Guys are going to be upset about the outcome. We outplayed them for three-and-a-half quarters. We talked about showing our resolve, and we made it tougher on ourselves now. It’ll make it sweeter when we bounce back. But we gave up a golden opportunity tonight.”

The Celtics will now have to go on the road to play a potential elimination game. If they can win Game 6 in Milwaukee, then the Celtics at least get a chance to clinch the series with Game 7 at home in Boston.