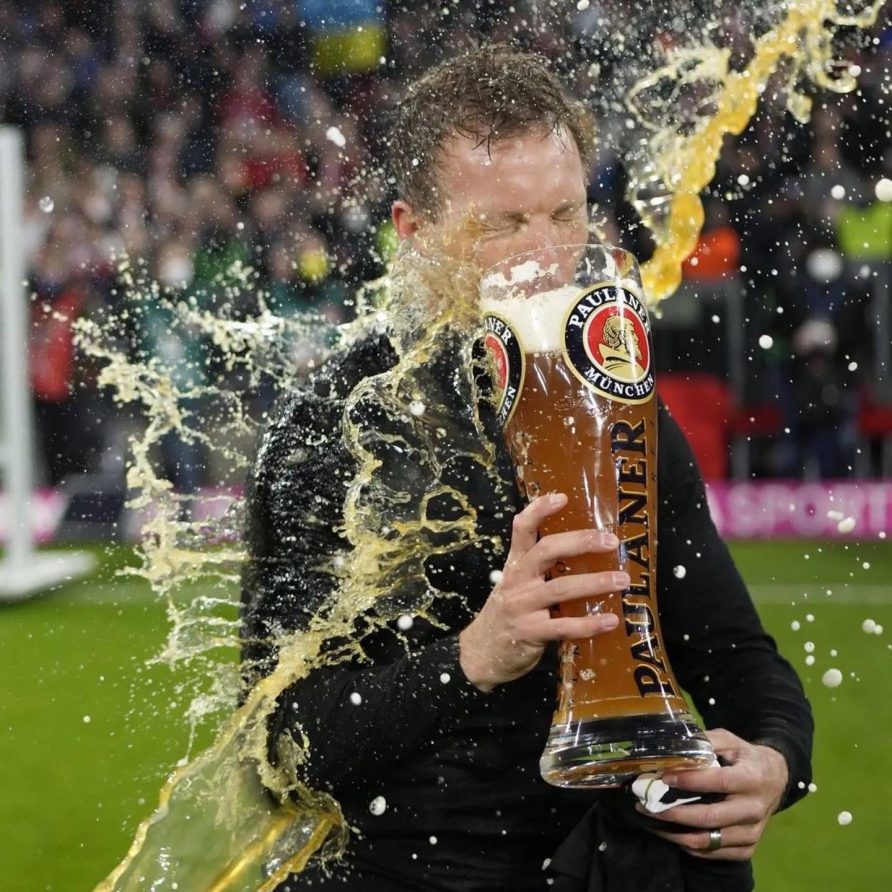 Bayern Munich has been crowned champion of the German Bundesliga for the 10th time in a row following a 3-1 win over Borussia Dortmund at the Allianz Arena. 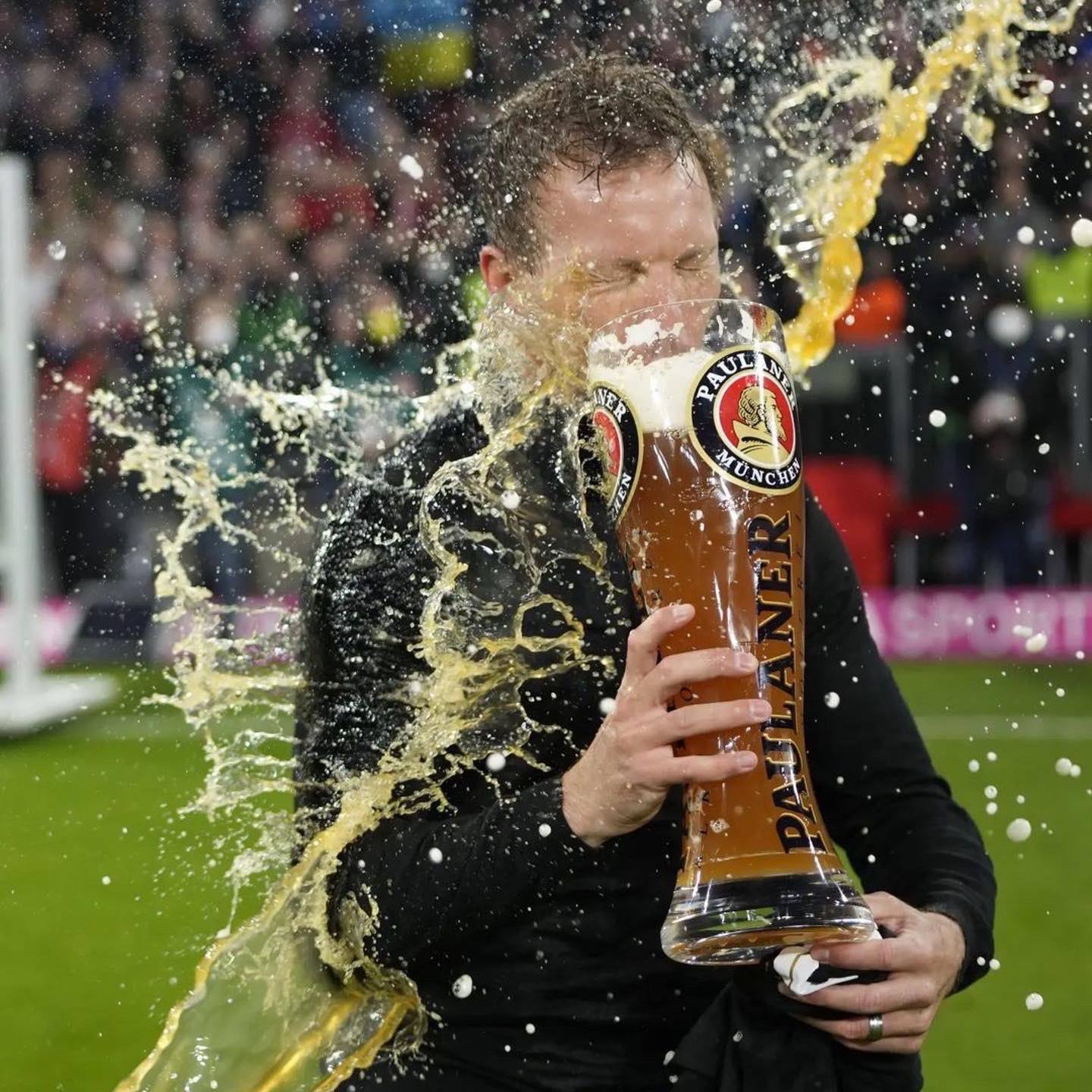 The beer showers returned to Munich after a two-year break caused by COVID-19 restrictions. Julian Nagelsmann, the 34-year-old Bayern manager, went through a difficult time following Bayern’s Champions League exit but will continue as team boss next season.

“It doesn’t feel that long ago that I was a kid sleeping in Bayern bedclothes. I’m very happy,” Nagelsmann said after the Dortmund match. Before the clash, he accepted that a miss in the title race would have put an end to his tenure in Munich:

“If I didn’t win this title with this team, then I probably wouldn’t be in the job anymore”.

Bayern is the first team to reach ten titles in a row in a major European league. The Bavarian giants’ total is now at 32.

With three games left to play this season, Bayern has a 12-point advantage ahead of second-placed Borussia Dortmund. If Nagelsmann’s players win the remaining three matches, they will reach 84 points. That would equal the highest tally obtained by the club since 2016, the year Pep Guardiola left to join Manchester City. Bayern impressed in the Champions League group stage, winning six out of six and having a +19 goal difference. At the same time, they couldn’t get past Villarreal in the UCL quarter-finals. In the Cup, Bayern went out early after a second-round 5-0 defeat to Borussia Monchengladbach, while in the league surprising defeats to Augsburg (1-2) and Bochum (2-4) clouded the atmosphere.

Bayern are about to wrap up the title 👀 pic.twitter.com/jrMyRkZpJf

Will next season start without Lewandowski?

33-year-old Lewandowski scored 48 goals this campaign, but his permanence in Munich is not certain.

Barcelona president Joan Laporta told a Barcelona supporter that Lewandowski “has a better chance of coming” than Haaland. However, the Polish wants a $35 million salary, a detail which makes him difficult to sign. Lewandowski has one more year left in his deal with Bayern and the club is pushing for renewal.

“As of today, Robert has a contract with us for next season,” Bayern CEO Oliver Kahn said earlier this month. “We are in contact with Robert and want him to stay at Bayern for as long as possible,” he added.

“Apparently, some believe that such talks and contract negotiations are just like an online manager game, where I click on something and he then extends his contract. You also have to look at the situation of the players,” Kahn explained.

“Players who have performed well at this club for many years are outstanding. Robert became a world-class footballer with us. He is a player who has the potential to score 30 to 40 goals every year,” Kahn commented.

“Of course, at some point, players like this get the idea that ‘I’ve achieved everything here and won everything’. Then it takes time to convince him to stay here,” the Bayern official concluded.

Apart from Barcelona, the likes of Real Madrid, Manchester City, and Paris Saint-Germain were all linked with Lewandowski.