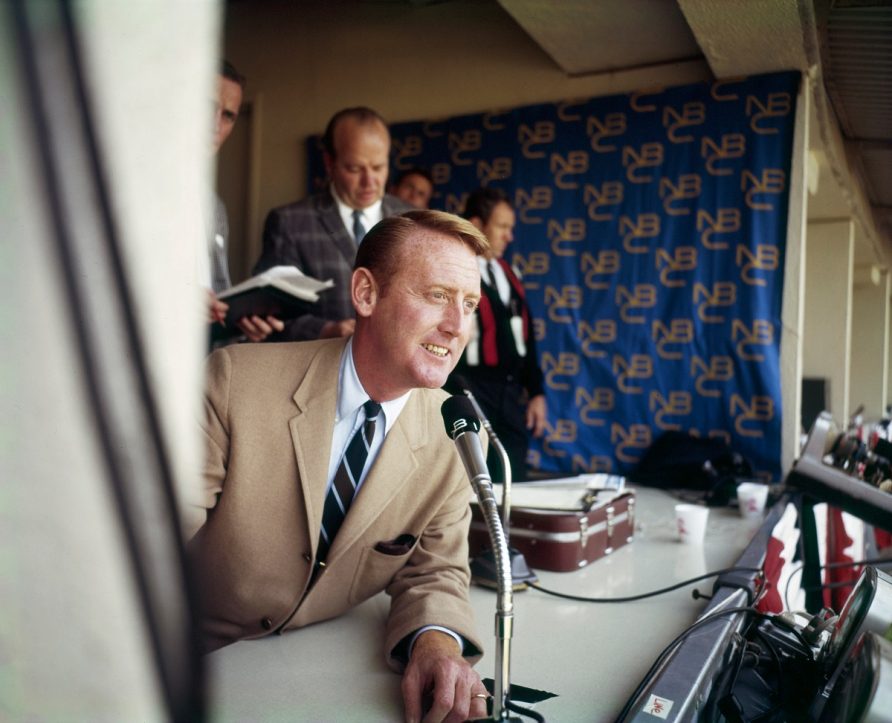 The sporting world and baseball lost one of its iconic voices when Hall of Fame announcer Vin Scully passed away at age 94. Scully had been the long-time voice of the Los Angeles Dodgers for 67 years before he finally retired in 2016. 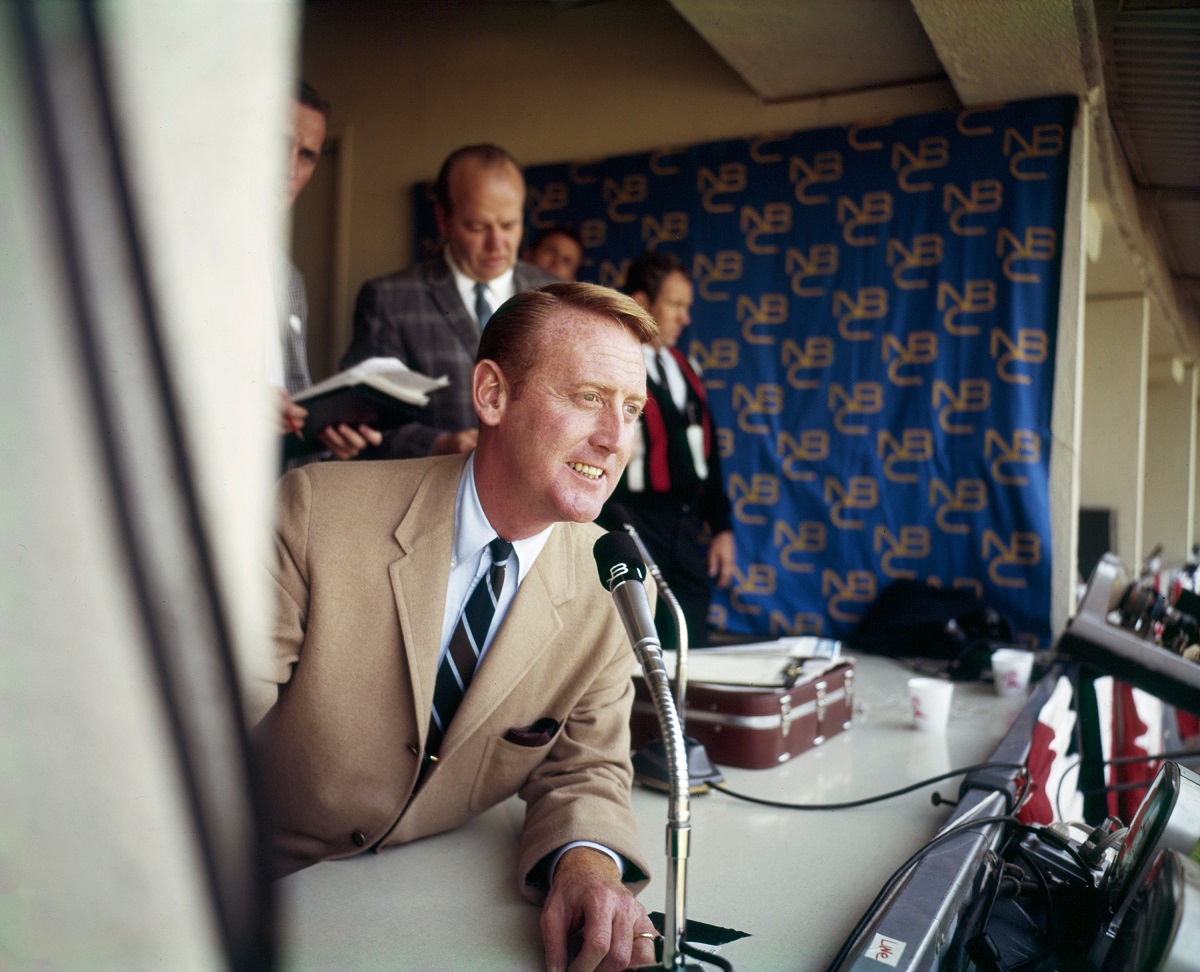 Scully operated with an air of gravitas, warmth, and authority. He had the perfect voice for the radio, and could easily paint a poetic word picture ad fill the visual void for radio listeners. He also called games on television broadcasts and unlike modern-day announcers that cannot seem to shut up, Scully knew when to let the moment speak for itself, whether it was Hank Aaron’s record-breaking 715th home run in 1974, or Kirk Gibson’s walk-off home run in the 1988 World Series.

“A black man is getting a standing ovation in the Deep South for breaking a record of an all-time baseball idol,” Scully announcer. “It is a great moment for all of us.”

America and baseball has always had an odd parallel throughout history. Baseball has been around since the late 1800s, and it’s the only major American sport with roots and records dating back to the 19th Century. In the case of Scully, he began his journey as a broadcaster in 1950 with his hometown Brooklyn Dodgers. When the Dodgers departed from Brooklyn and headed west to sunny Los Angeles in 1957, Scully followed the team.

The Bronx-born Scully moved to Brooklyn at the age of seven in 1934 after his father died. Scully played baseball for Fordham University in the Bronx, where he also picked up the microphone for the first time as a gifted natural. He began calling football and later baseball games for the Fordham’s radio station.

After a stint in the Navy, Scully entered the broadcasting world in Washington, DC with a CBS radio affiliate. He returned home Brooklyn to call games with Barber and the Dodgers. At age 25, Scully began the youngest broadcaster to call a World Series game. It’s a record that still stands nearly 70 years later.

Scully called three perfect games including Don Larsen for the New York Yankees against the Dodgers in the 1956 World Series, Sandy Koufax for the Dodgers in 1965, and Dennis Martinez for the Montreal Expos in 1991. He also called 20 no-hitters during his career including Clayton Kershaw’s no-no in 2014.

Scully: Voice of the Dodgers

Scully quickly established himself as the voice of the Dodgers and multiple generations in Southern California associated his dulcet tones with America’s past time, and SoCal’s new past time.

During his 67-year tenure with the Dodgers, Scully saw it all starting with post-war America, through the tumultuous 1960s and flower power in California, to the downtrodden 1970s, and yuppie greed in the 1980s. In a 30-year stretch, he went from calling games with Robinson to capturing the rise of Fernando Mania when a young Mexican pitcher — Fernando Valenzuela — took the majors by storm. Valenzuela introduced a new generation of Mexican-Americans to the game of baseball with Scully narrating his atmospheric rise as a rookie with the Dodgers in 1981.

“We have lost an icon,” said Dodgers president and CEO Stan Kasten. “Vin Scully was one of the greatest voices in all of sports. He was a giant of a man, not only as a broadcaster, but as a humanitarian. He loved people. Loved life. He loved baseball and the Dodgers. And he loved his family. His voice will always be heard and etched in all of our minds forever. Our thoughts and prayers go out to his family during this very difficult time. Vin will be truly missed.”

Scully was behind the mic during one of the greatest sporting moments in the 20th century when a hobbled Gibson took Dennis Eckersley deep to hit a walk-off, pinch-hit home run to lift the Dodgers to a comeback victory with two outs in the bottom of the ninth inning over the Oakland A’s in the 1988 World Series.