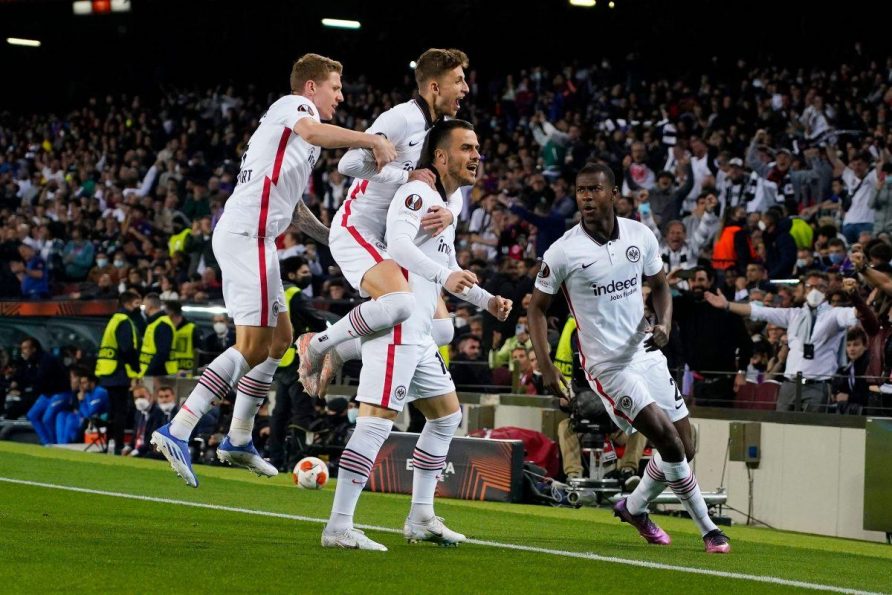 Barcelona put an end to their 15-games unbeaten streak as the Catalan giants lost 3-2 at home to Eintracht Frankfurt. The 4-3 defeat on aggregate means Barca, who was the bookies’ favorite to win the Europa League this season, stops its attempt to lift the trophy in the quarter-finals. 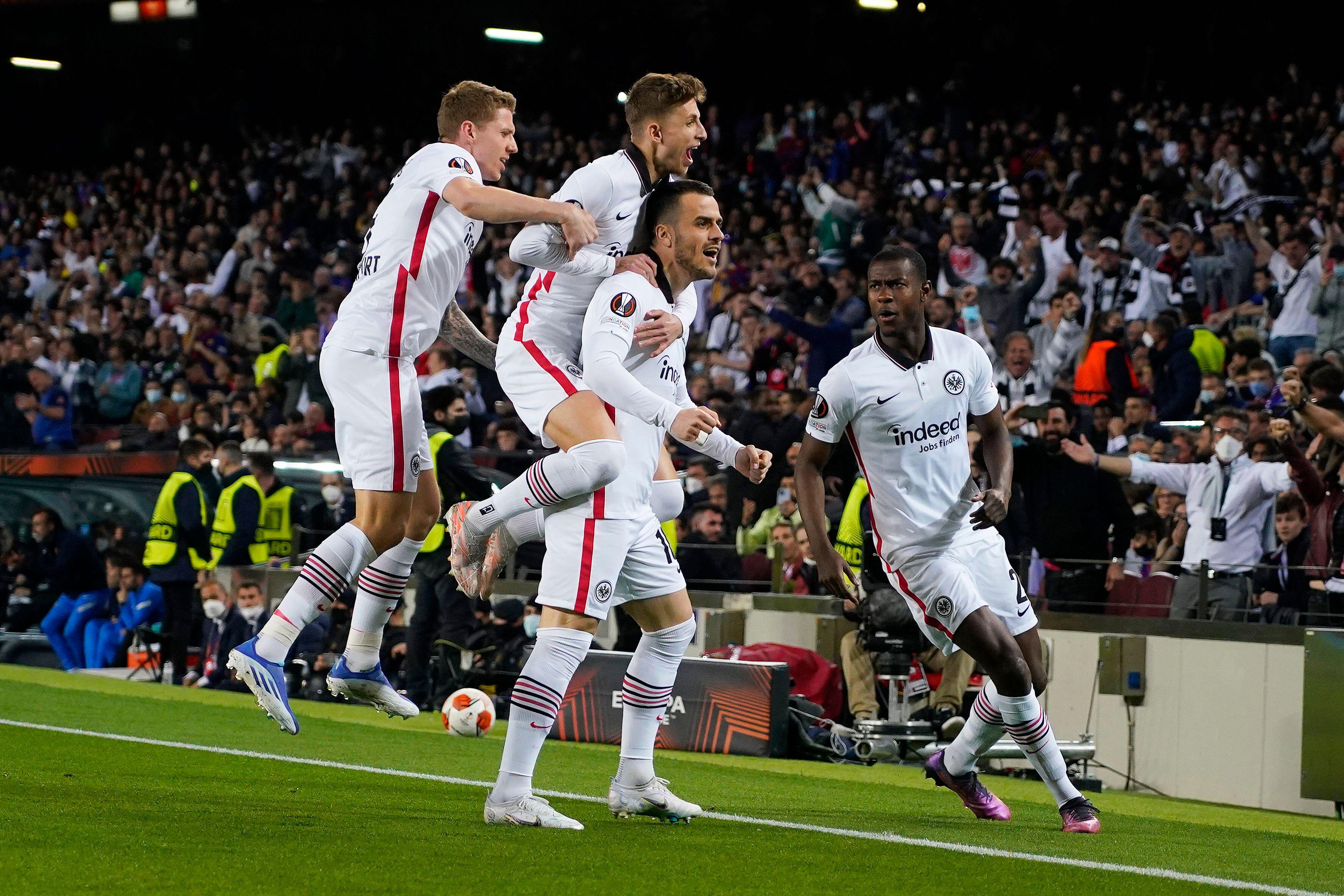 Eintracht stunned Barcelona at home and qualified for the Europa League semi-finals after a convincing 3-2 win at the Camp Nou. (Image: Twitter/squawka)

Last week, Eintracht held Barca in Germany to a 1-1 draw. The Blaugrana faithful were expecting an attacking show from their favorites in the return leg. Xavi’s revolution in terms of style seemed to be working to perfection, as Barcelona climbed the Spanish league table impressively as of late. Barca’s excellent run of form was fueled by huge wins against Real Madrid, who they trashed 4-0 at the Bernabeu, and Sevilla, whom they beat 1-0 at Camp Nou. Barcelona’s La Liga status improved heavily since the start of the year, as Xavi’s men reached second place.

That counted for nothing against Eintracht, though. The Germans were unimpressed by Barcelona’s list of victims and punched right after the ref’s first whistle on Thursday night. Filip Kostic netted from the penalty spot four minutes into the match. Rafael Santos Borre made it 2-0 for Eintracht in the 36th minute, with Kostic getting his brace in the second half, in the 67th minute. Barcelona woke up late and found clarity in front of goal in the dying minutes of the game. Sergio Busquets scored in the first minute of added time, then Memphis Depay set the final score at 2-3 with his penalty goal in the 11th minute of stoppages.

Eintracht Frankfurt are headed to the semi-finals of the Europa League.👏 pic.twitter.com/29NGlqUiNs

The result at Camp Nou is even more surprising considering Eintracht was traveling to Barcelona after a series of six winless matches. The Germans only sit ninth in the Bundesliga table after 29 games.

“I have hardly experienced such an atmosphere within a stadium,” Karl-Heinz Riedle, the former Liverpool and Germany striker, told RTL. The World Cup and UEFA Champions League winner then added: “When it was 3-0, I felt they could do it. It was highly deserved for Frankfurt, they could have made it four before Barcelona’s first one.”

Before the encounter, Oliver Glasner, the Eintracht coach, said he never had expected to contest an official game at Camp Nou. Now his team not only played against Barcelona but won against it.

Eintracht will now play West Ham for a seat in the Europa League final. The English came out 3-0 winners in Lyon and went through with a 4-1 scoreline on aggregate. The second semi-final will be contested by RB Leipzig and Glasgow Rangers, who came out on top after their battles with Atalanta and Braga respectively.

The first leg of the semifinals will be played on 28 April, with the second scheduled a week later. The final will be hosted at Sevilla’s ground, Ramon Sanchez Pizjuan, on 18 May.