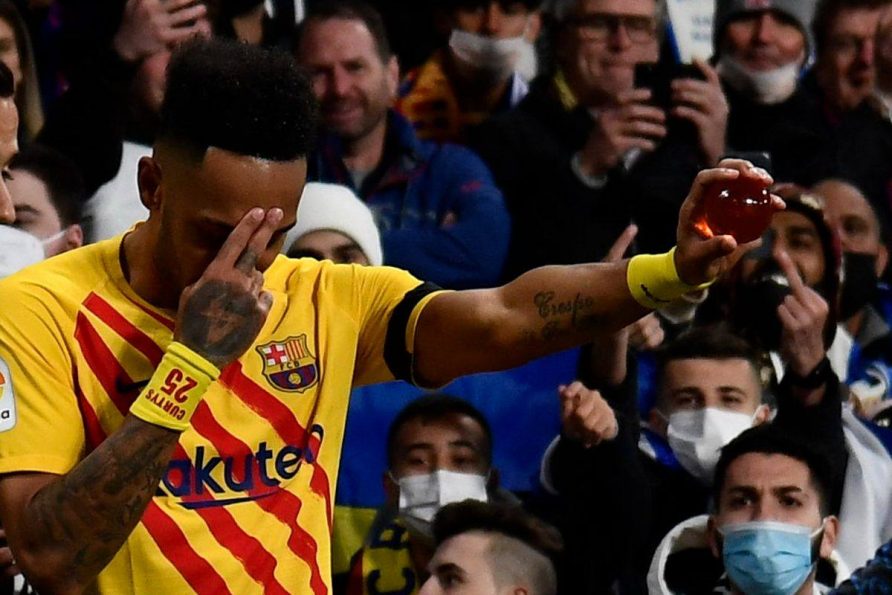 FC Barcelona came out as deserved winners in Madrid after a historical performance from Xavi’s men. The Catalans won the game 4-0 and closed the gap between them and Real to 12 points, with Barca also having played a game less. Barcelona has now scored at least four goals in five of their previous six La Liga matches and is arguably showing the best form in the league. 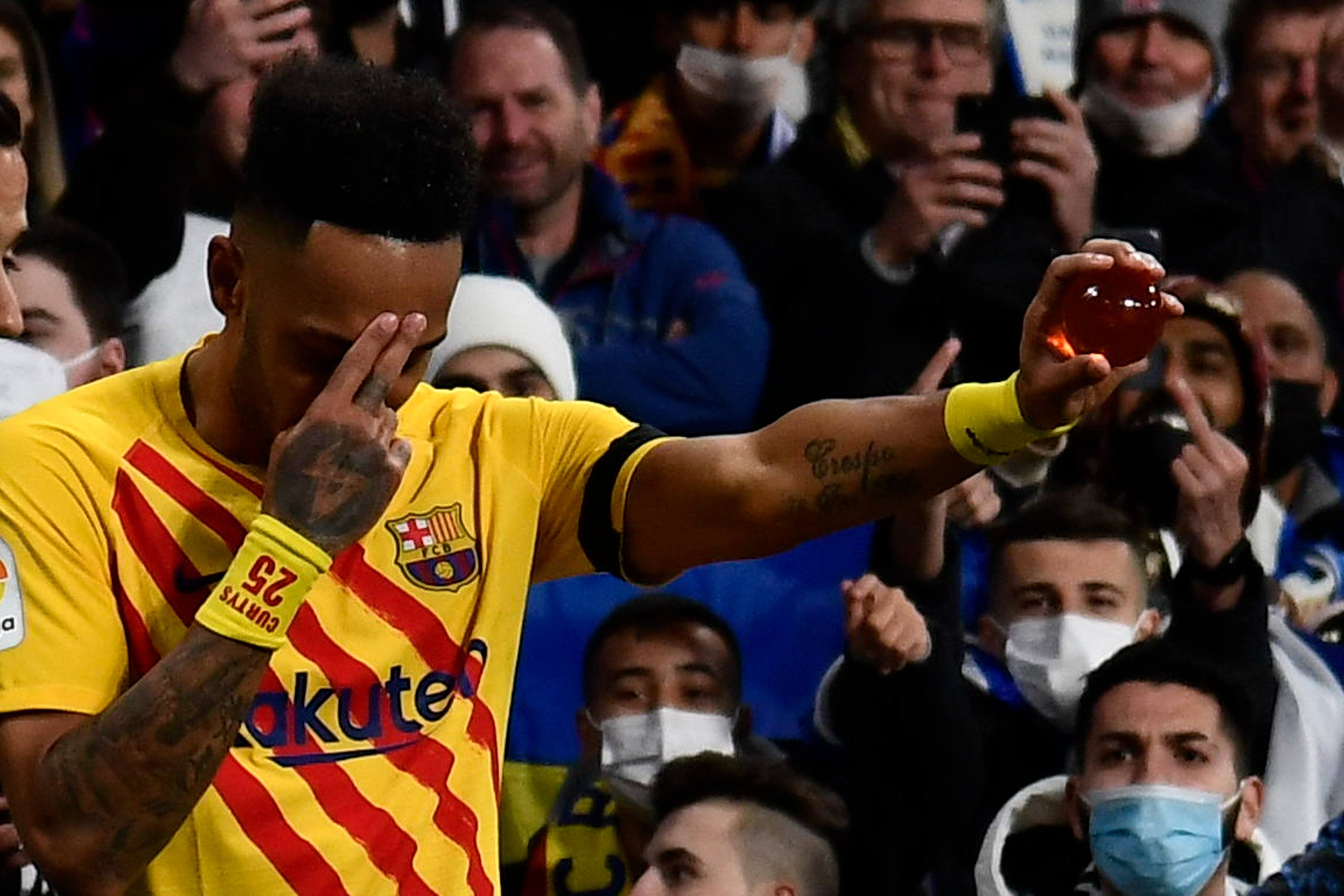 Aubameyang finished the big derby with two goals to his name. (Image: Twitter/cbssportsgolazo)

A brace from Aubameyang (’29, ’51) and goals from Araujo (’38) and Ferran Torres (’47) settled the affair in Madrid. Barcelona could have punched more, but somehow Real Madrid was lucky enough to resist one KO kick after another.

Out with a calf injury, Real Madrid star forward and captain Karim Benzema couldn’t help his team on the pitch and suffered as he saw goals going past Courtois one after another. Despite only playing 19 minutes, Barcelona’s 17-year-old Gavi won five duels, more than any Real Madrid player involved in El Clasico at the Bernabeu. These stats perfectly illustrate how the match was won and lost respectively by the two teams.

A battering at the Bernabéu. pic.twitter.com/zsEc3o7a8e

“We could have scored five or more. We worked for this result, but we didn’t expect to show superiority as we did,” Xavi told Movistar.

“This win is not enough to win the league, but it’s a big hit from us,” the Barcelona manager stressed.

Ousmane Dembele, who runs out of contract in the summer, assisted two of Barcelona’s goals at the Bernabeu. After the winter transfer period ended, Xavi insisted Dembele should remain part of the first team plans even though the club hierarchy wanted him out until the end of the campaign. The manager’s decision proved fruitful. Dembele is now on seven assists since the start of the year, the most any player in Europe’s top five leagues in 2022.

“We could have scored many more goals tonight,” Barcelona captain Sergio Busquets said.

“If we’ll have the slightest chance of winning La Liga, we’ll go for it. Anything can happen in football,” the midfielder added.

Nacho, who started as Real’s captain in the absence of Benzema, accepted Barcelona overwhelmed his team: “We didn’t do well at the back nor in the attack. We weren’t comfortable on the ball either. The result says everything. It’s tough because it was a defeat in El Clasico, but we keep being at the top of the table.

With nine rounds to go until the end of the season, Real is first in La Liga, nine points ahead of Sevilla. Barca is now third on 54 points, but with a game in hand.