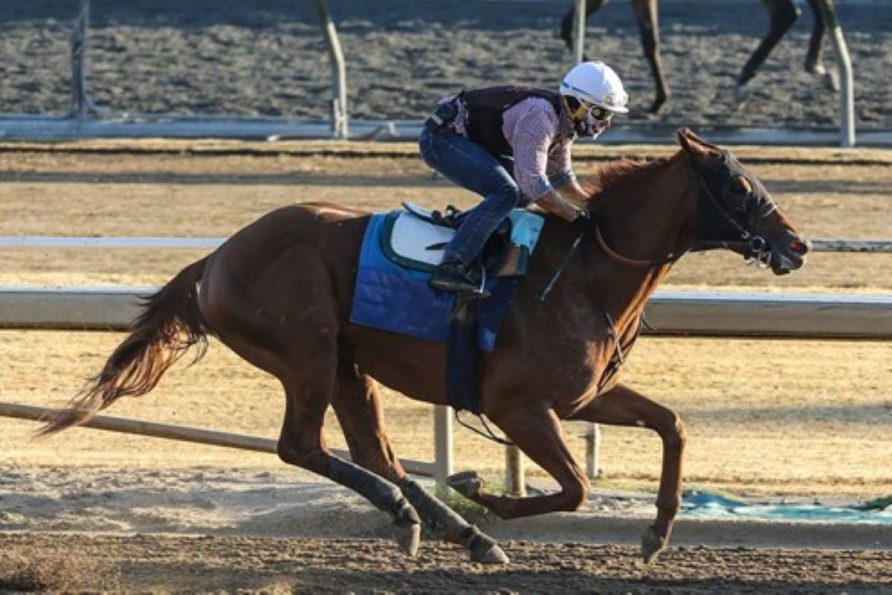 Trainer Bob Baffert reunited with one of his star sophomores, Santa Anita Derby winner Taiba, this week and the reunion went so well that Baffert will send Taiba to next Saturday’s Grade 1 Haskell Stakes at Monmouth Park. 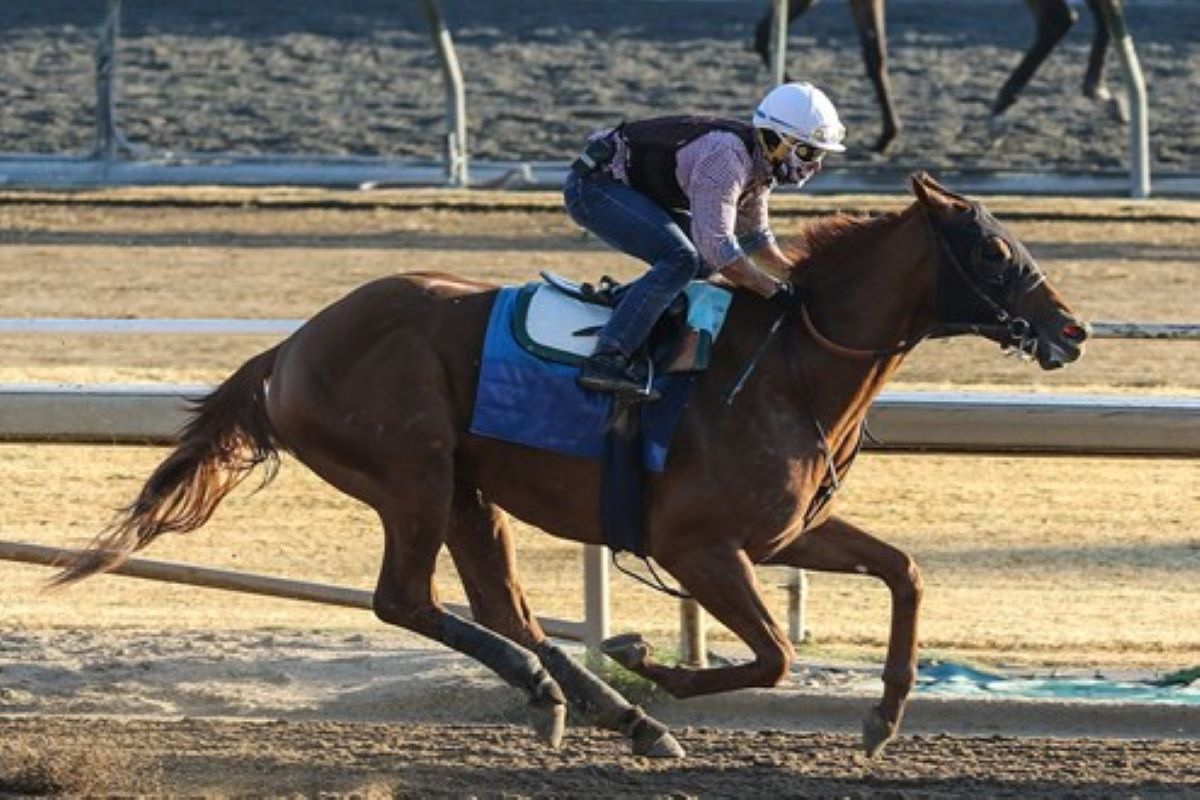 “I hadn’t seen him in a long time. I’m happy with the way he looks,” Baffert told Monmouth Park. “I worked Taiba today and he worked really well. He came out of it well. He’s happy. I’m happy with him.”

Baffert watched Taiba go five furlongs handily in 59.40 seconds Friday at Santa Anita Park. That was the second fastest of 56 at that distance. Before that, Taiba turned in three consecutive bullets for stand-in trainer Tim Yakteen.

Baffert returned to his Santa Anita Barn No. 1 July 3 after serving a 90-day suspension for the betamethasone overage found in Medina Spirit. That turned his apparent 2021 Kentucky Derby victory into eventual disqualification.

Taiba makes his first start since the Derby

Taiba hasn’t run since finishing 12th in the May 7 Kentucky Derby as the 5.80/1 second choice behind Epicenter. That came in the Gun Runner progeny’s third career start. It also came one start after Taiba won the Santa Anita Derby, beating stablemate Messier. That, in turn, came after his maiden-breaking, 7 ½-length debut win in March.

“He’s a special horse. He was asked to do a tall task in the Derby,” Baffert said. “The Derby was crazy. It was a stampede. He showed what he could do in the Santa Anita Derby off just one race.”

After that rough Derby trip, Yakteen gave Taiba the rest of May off. He put him back to work June 3 and was rewarded with a 36.80-second three-furlong work that was best of 19 at that distance.

So it’s off to New Jersey Tuesday morning for the $1.7 million colt, owned by Saudi businessman Amr Zedan. The former owner of the late Medina Spirit and a Baffert client, Zedan has never run at Monmouth Park.

Baffert going for Haskell No. 10

On the other hand, this is Baffert’s 16th Haskell Stakes. It’s his usual summer go-to race for his star 3-year-olds. He’s won the race nine times, starting with Point Given in 2001, winding through 2015 Triple Crown winner American Pharoah and ending with 2020 Horse of the Year Authentic.

“The Haskell is a very important race. I remember going there the first time and seeing the names of those horses who had won it before” Baffert said. “It’s always been an important race. As a matter of fact, when you’re thinking of your Kentucky Derby horse, you’re always thinking, ‘OK, I need a Derby horse and who’s going to be my Haskell horse?’

“That’s why we’ve been lucky in this race. I always send the best ones. You’re getting the best one.”

Mike Smith gets another Haskell call

Baffert isn’t leaving anything to chance. He’s sending Hall of Famer Mike Smith east as Taiba’s jockey. Smith won the Haskell with Authentic, along with Coronado’s Quest (1998) and Holy Bull (1994). He also piloted Taiba in both the Santa Anita Derby and Kentucky Derby.