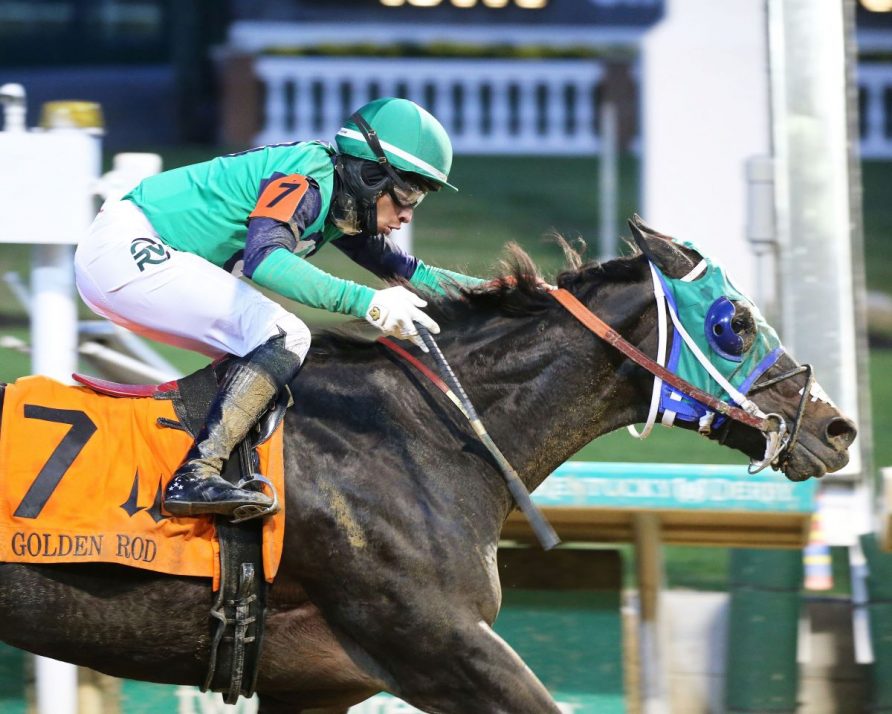 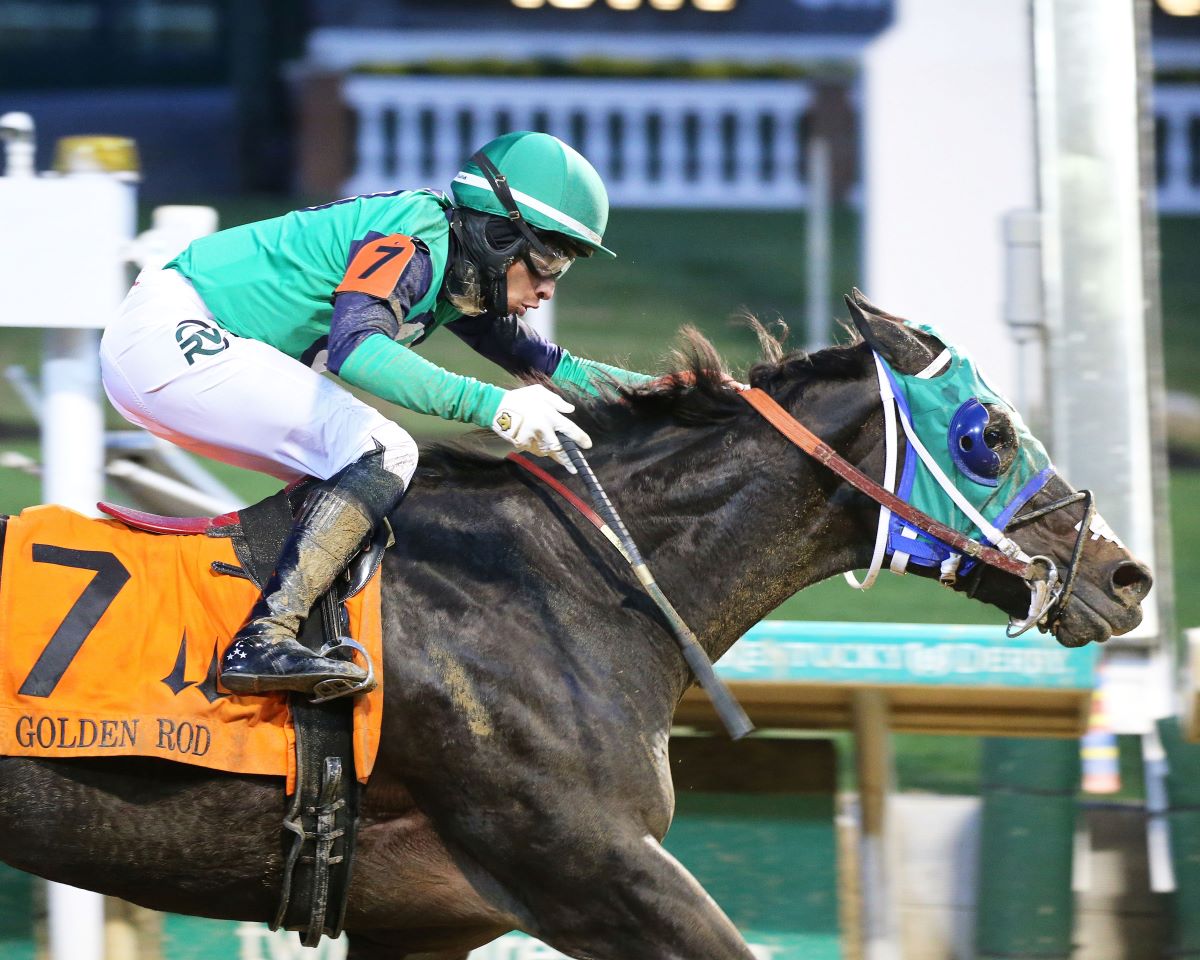 Golden Rod winner Dream Lith is one of the favorites to win a wide-open Fantasy Stakes, the fourth leg of this week’s Cross Country Pick 5. (Image: Coady Photgraphy)

That culminates with the last race of the sequence: the Grade 1 Arkansas Derby. The 1 1/8-mile Kentucky Derby prep offers 100-40-20-10 Derby qualifying points to its top four finishers, enough for the winner and likely enough for the runner up to book tickets to Churchill Downs.

Most tickets will have standout filly Secret Oath somewhere. Hall of Fame trainer D. Wayne Lukas — no stranger to sending fillies against the boys — sends the daughter of Arrogate out as the 5/2 favorite. This, after she won her last two races by a combined 14 3/4 lengths.

Waiting for her are Rebel Stakes winner Un Ojo, undefeated We the People — who is making his stakes debut after winning his first two races by 10 3/4 lengths — and Grade 2 placed Doppelganger. The latter makes his debut for new trainer Tim Yakteen, having moved over from suspended trainer Bob Baffert’s barn last week.

Getting to that final race with live tickets means you’ve solved Oaklawn’s two other graded stakes races on the sequence. The first is the Grade 3 Oaklawn Mile. The third leg of the Cross Country Pick 5 is a two-turn mile for older horses, one offering up several familiar names.

The race after that, the penultimate in this week’s Cross Country Pick 5 sequence, is the 1 1/16-mile Grade 3 Fantasy Stakes. This is Oaklawn’s marquee Kentucky Oaks qualifier, one offering 100-40-20-10 qualifying points to this year’s Kentucky Oaks.

With Secret Oath opting for the Arkansas Derby and with 2/1 morning line favorite Eda scratched due to a fever, attention turns to Grade 2 winner Dream Lith, Yuugiri and Bubble Rock. Dream Lith beat Yuugiri by a length in last November’s Golden Rod at Churchill Downs. Last out, the Robertino Diodoro charge finished a non-threatening sixth in the Grade 2 Rachel Alexandra at Fair Grounds.

Frank’s Rockette back and kicking

The Cross Country Pick 5 sequence begins at Oaklawn with the Carousel Stakes. The six-furlong sprint for older fillies and mares features standout mare and multiple graded stakes winner Frank’s Rockette. The 8/5 favorite comes in off a second in the Grade 3 Sugar Swirl at Gulfstream. She’s two seasons removed from a five-win campaign.

Aqueduct’s contribution to this week’s Cross Country Pick 5 is the second race in the sequence. That’s the Excelsior Stakes, sending five older horses 1 1/8 miles. The one to beat here is First Constitution, coming in off a 6 3/4-length dissection of the Jazil Stakes Jan. 22. The Todd Pletcher trainee has missed the board only once in nine starts.

Forewarned will challenge that streak. The multiple graded stakes winner rides in off a career-best 102 Beyer Speed Figure clocked during his runner up finish in the John B. Campbell at Laurel Park.

The Cross Country Pick 5 minimum bet is 50 cents and the wager is available on ADW platforms and simulcast facilities. Each week offers a mandatory payout of the net pool.