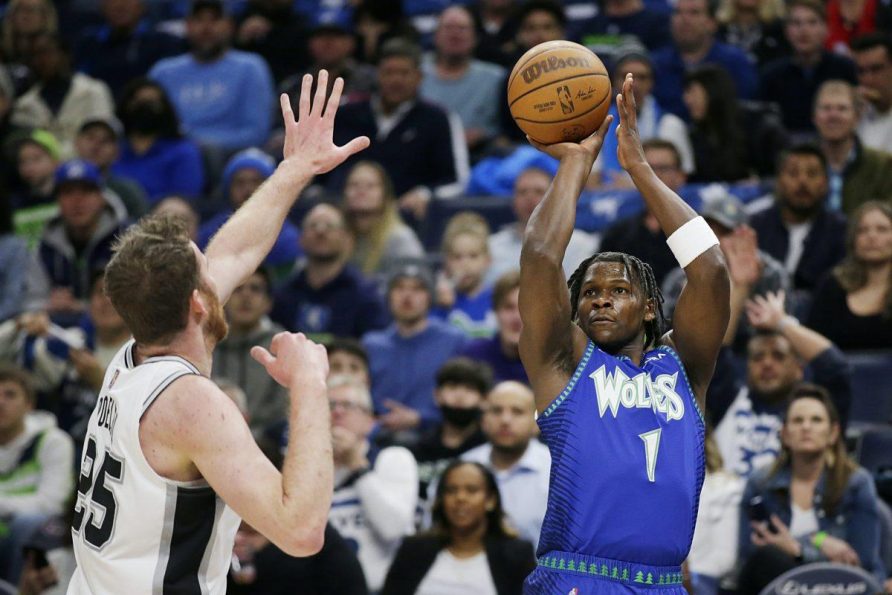 Anthony Edwards, the former #1 pick in the 2020 NBA Draft otherwise known as ‘Ant Man’, dropped a career-high 49 points for the Minnesota Timberwolves in a 127-121 victory against the San Antonio Spurs. 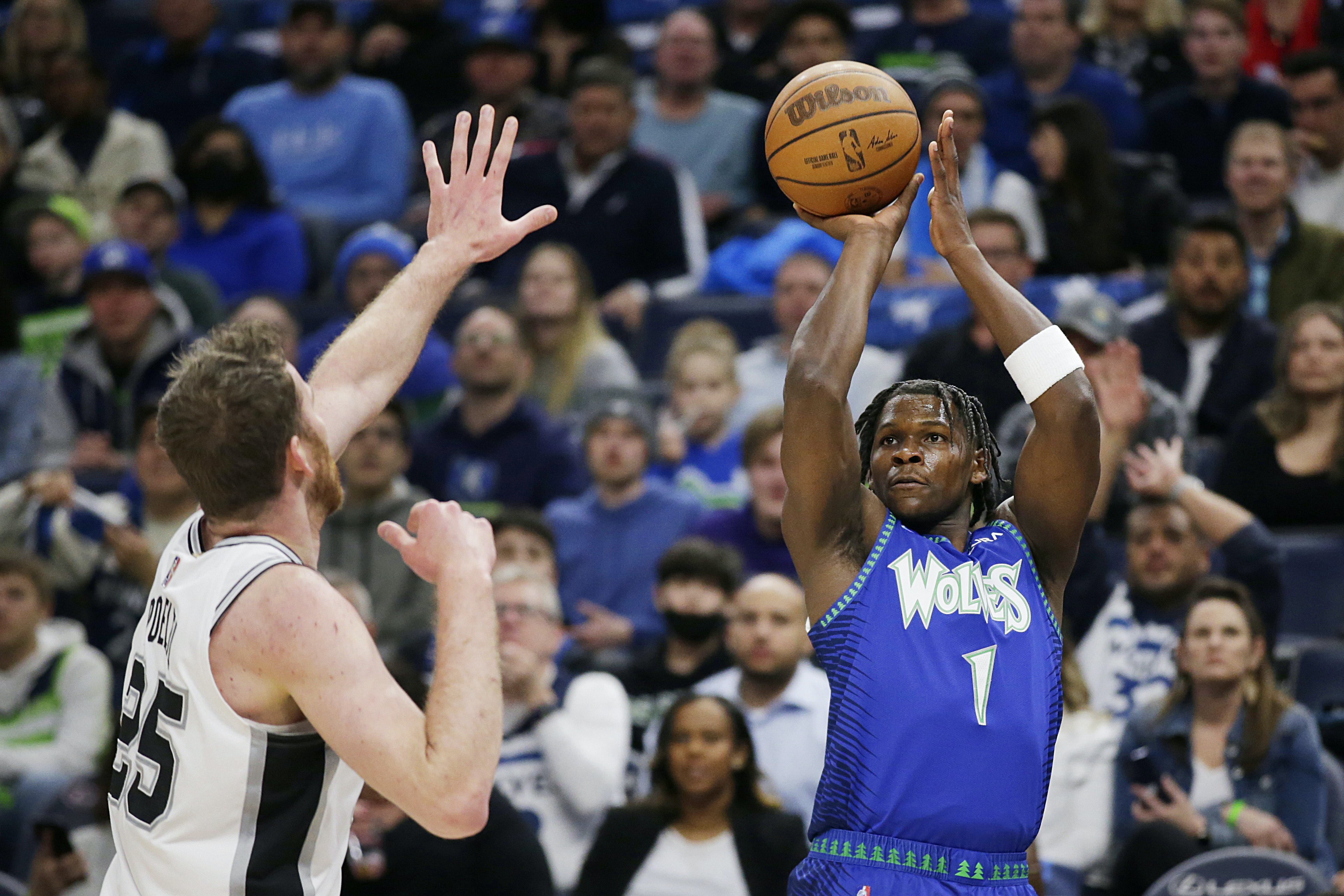 Anthony Edwards from the Minnesota Timberwolves pulls up for a jumper against Jakob Poeltl of the San Antonio Spurs. (Image: Getty)

Edwards averages 21.5 points, 4.8 rebounds, 3.9 assists, and 1.5 steals per game in just his second season in the NBA. He improved on his 3-point shooting from last season, knocking down 36% of his treys versus 33% from last year.

Just four weeks earlier, teammate Karl-Anthony Towns scored a career-high 60 points in another game against the Spurs. At the time, Towns set the NBA season-high mark.

The Timberwolves currently sit in seventh place in the Western Conference playoff standings and will host a game in the play-in tournament against the LA Clippers. If they win the first game, then they’ll lock up the #7 seed.

The Timberwolves are huge underdogs at +11000 odds to win the 2022 NBA championship, but they’re simply happy to just qualify for the postseason considering they’ve been bottomfeeders in the west the last few seasons.

Edwards was hot from the opening tip in a game where D’Angelo Russell did not play due to a sore hamstring. With Russell, the offense ran through Edwards. He scored 15 points in the first quarter, or half of the Timberwolves’ total points. At that early inflection point, Edwards set the tone for the evening.

“He came out with great determination,” said Timberwolves head coach Chris Finch. “Everything was aggressive and sharp and quick.”

The Timberwolves coughed up a double-digit lead in the second half, but Edwards knocked down a huge bucket to end a last-gasp surge from the Spurs.

“This is just more than a win, man,” said Towns. “He had a night that’s unforgettable. He’s been struggling recently, but he just kept working and kept working, kept grinding, kept working in the gym, kept believing in himself. He came out and played an amazing game.”

The crowd at in Minneapolis were cheering on Edwards to reach the 50-point mark for the first time in his young career. He missed his last four shots from the floor and fell just one point shy of the epic milestone with 49 points. It marked his fifth 40-plus-point game.

“That’s love,” said Edwards. “I appreciate that, for sure.”

Check out more video highlights and other installments of NBA High Guys.