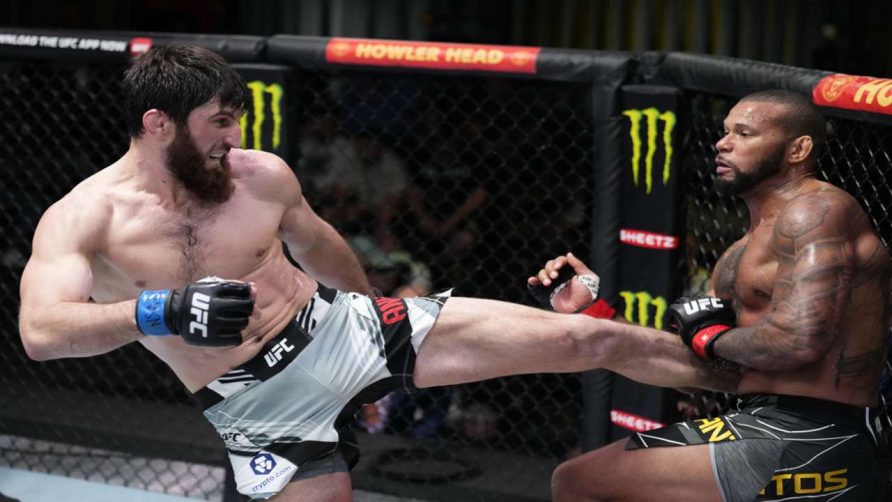 Magomed Ankalaev made his case for a light heavyweight title shot on Saturday night with a unanimous decision victory over Thiago Santos at UFC Fight Night 203. 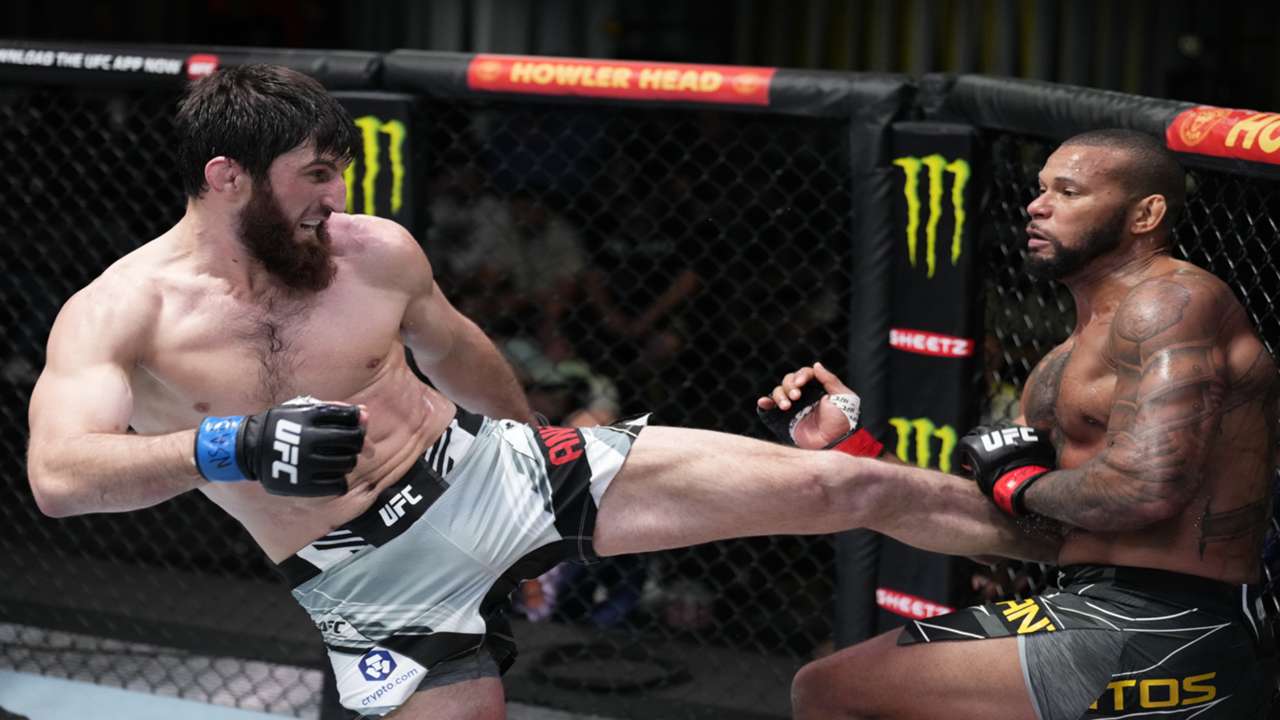 Ankalaev showed he could compete with Santos in a striking battle, then used his wrestling and grappling skills to finish out a 49-46, 49-46, 48-47 win.

Ankalaev closing in on title shot

The decision was largely uncontroversial, with 18 of 19 media scorecards at MMADecisions.com favoring Ankalaev.

The victory improved Ankalaev’s career record to 17-1. He is now riding an eight-fight winning streak, with his only loss coming in his UFC debut back in March 2018. Ankalaev now holds the No. 4 contender position in the official UFC light heavyweight rankings, and says he’s ready to fight for a belt.

“I think that I deserve a title fight,” Ankalaev said via an interpreter after his win. “But of course it will depend on the UFC who my next opponent will be.

UFC heavyweight champion Francis Ngannou will undergo knee surgery on March 18. The procedure will keep him out of action for about nine months.

Ngannou (17-3) defeated interim champion Ciryl Gane via unanimous decision at UFC 270 on Jan. 22. He has now won six straight fights. However, the fight against Gane was his last under his current UFC contract. While the UFC still has Ngannou under contract for one more fight because of its champion’s clause, Ngannou has said that he won’t fight again under the terms of his current deal.

UFC president Dana White told reporters last month that he met with Ngannou for dinner, and that he would continue negotiating with the heavyweight champion after Ngannou returned from a visit to Cameroon.

“I appreciated and supported the UFC’s dinner invitation to Francis,” manager Marquel Martin told reporters. “We’re all looking forward now to sitting down with the UFC in a professional capacity to map out the next chapter in Francis’ journey.”

Ngannou has expressed a desire to start boxing, and has even floated the idea of fighting heavyweight champion Tyson Fury.

YouTuber and boxer Jake Paul now says he wants to fight one of the biggest names in the UFC, but only if there’s the potential for fundamental change in the promotion.

Paul called out Dana White on Twitter, asking to fight Conor McGregor with a side bet on the result.

Dana – Since you like me now, how about a 1 fight UFC deal to fight Conor.

If I win, you agree to my UFC fighter pay and healthcare proposal.

“Since you like me now, how about a one-fight UFC deal to fight Conor,” Paul tweeted. “If I win, you agree to my UFC fighter pay and health care proposal. If I lose I donate my entire purse to all UFC fighters who make less than $50K a fight and never mention UFC again.”

Paul later told ESPN that he was open to other potential fights as well.

“Fighting Conor is what I want most, but would fight Masvidal as well,” Paul told ESPN. “I know it might seem impossible to beat these guys in MMA, but when you believe, you can achieve anything.”