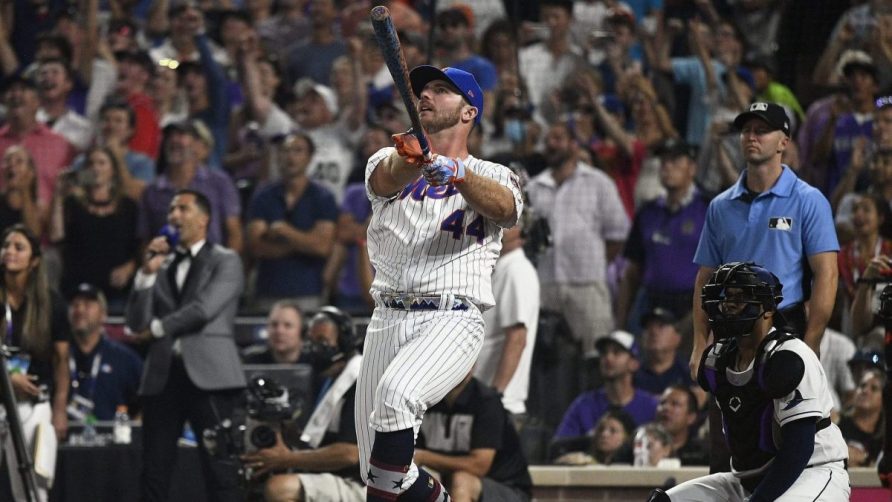 Ken Griffey Jr. is the only player to ever win three Home Run Derby titles, and nobody has ever won the contest in three consecutive years. Pete Alonso will try to do just that on Monday night when he headlines the 2022 field for the annual slugfest as a part of the All-Star Game festivities at Dodgers Stadium. 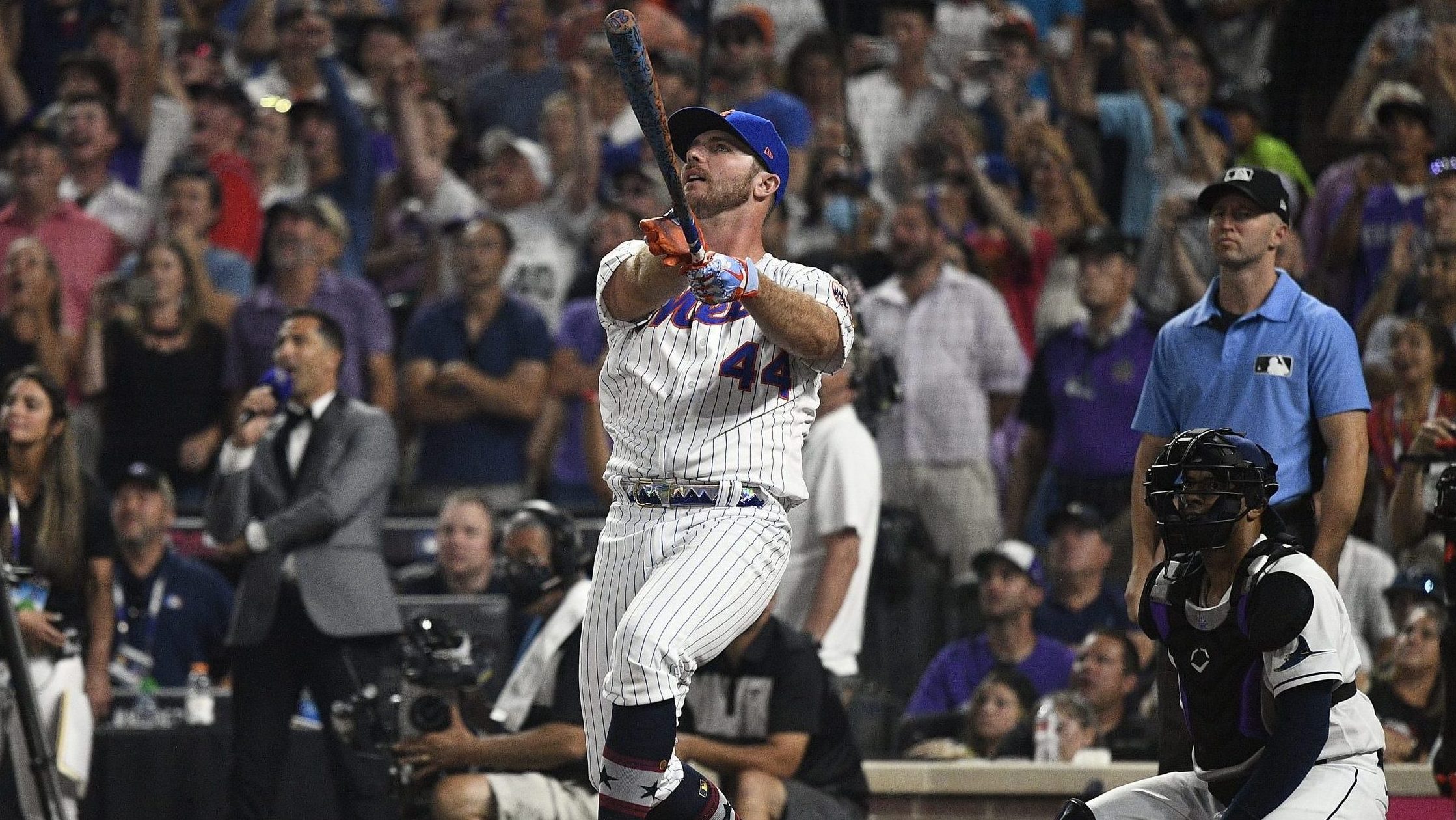 Pete Alonso has won the past two Home Run Derby titles, and comes in as the favorite to win the 2022 event on Monday. (Image: Dustin Bradford/Getty)

DraftKings Sportsbook lists Alonso as the +200 favorite to win the Home Run Derby on Monday night, though he faces a difficult test right out of the gate in his first-round matchup.

Alonso has established himself as the most prolific home run threat in baseball since debuting for the New York Mets in 2019. Since then, he has hit 130 home runs, far more than any other player. He has also translated that success into two Home Run Derby titles.

As a two-time winner, Alonso brings a wealth of knowledge on how to approach the competition. He told ESPN that this isn’t just a battle of who can hit the ball the hardest, even if that’s what it comes across as on television.

“I think it’s more of an endurance competition,” Alonso said. “I always try and be the most hydrated person I can be because when you’re out here sweating, especially now in the summer, it gets to be a lot. And then you start feeling fatigued if you’re not.”

Alonso is far from the only hitter capable of winning Monday’s Home Run Derby. Phillies slugger Kyle Schwarber comes in as the No. 1 seed after hitting 28 home runs in the first half of the season. He’s the second choice to win the event at +330, and gets a seemingly safe first-round matchup against 42-year-old legend Albert Pujols (+2200). No. 4 seed Juan Soto of the Washington Nationals also comes in as one of the favorites, fetching +550 odds.

Acuna gets first shot at Alonso

However, the most dangerous opponent for Alonso may be Ronald Acuna Jr. (+650), who he’ll go head-to-head with in the first round. Acuna only hit eight home runs over 59 games in the first half as he returned from injury. However, Acuna possesses the kind of power that will allow him to hit some of the longest homers in the derby. If he gets in a groove, he might even challenge Alonso. DraftKings gives Acuna +150 odds of beating Alonso (-180) in their opening round battle.

Still, Alonso reigns as a two-time champion and a deserving favorite. But while he’s focused on winning a record third-straight title, he says the Home Run Derby is about a lot more than a trophy.

“I’m doing it to win, and it’d be great, but ultimately I’m gonna be having a wonderful time,” Alonso said. “I’m gonna be able to help support some people in need. It’s gonna be a blast.”