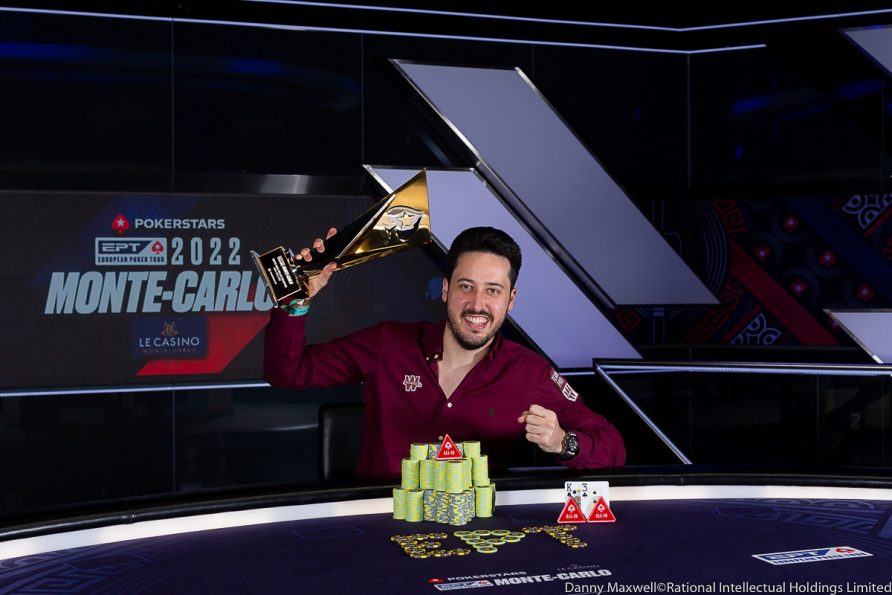 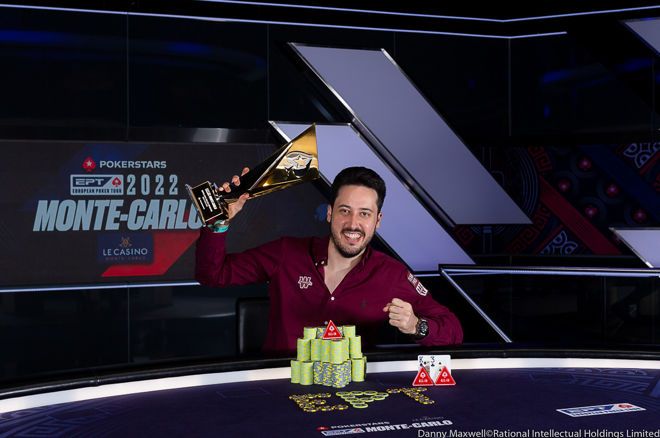 It was a performance that only one of the best players could pull off and Adrian Mateos will be walking out with another title at the 2022 PokerStars European Poker Tour presented by Monte-Carlo Casino. Mateos defeated a star-studded field of 42 players in the €100,000 EPT Super High Roller, winning €1,385,430.

Mateos entered the final table of six players as the odds-on favorite with a healthy chip lead and he did not disappoint as he dominated his way to yet another victory. Mateos held a commanding lead going into three-way action and never looked back, finishing the tournament in around four hours.

He defeated Marius Gierse in heads-up action who faced a huge uphill battle staring across the table at the overwhelming chip leader. It only took five hands for Mateos to close the curtains on his counterpart despite a double up in the early going.

“It feels amazing to win the Super High Roller seven years after winning the Main Event,” he told PokerNews. “[The] Adrian from seven years ago was a different person. Today I think I’m more mature and a different player too.

“The pandemic helped me a lot to improve my game”

“I’m still the same guy trying to compete and play the best. The pandemic helped me a lot to improve my game. €1,385,430, so after the pandemic is more or less finished, I’m at my highest level and I’m ready to keep winning.”

Mateos says that he is looking to pick up more seven-figure cashes after bagging two in the space of six months.

“I’m a really competitive person, I really like the competition. Especially in the highest stakes with the best opponents. I’m ready to keep playing and to try and keep winning.”

The final six players had all locked up a min-cash of €285,000 with Mateos in the lead. However, it was Gierse who landed the first blow after sending Norwegian businessman Kent Staahle to the rail. Short-stacked Laszlo Bujtas didn’t mind seeing the action unfold, earning himself a pay jump. However, on the very next hand, Bujtas moved his eight big blind stack into the middle and was eliminated by Mikalai Vaskaboinikau. 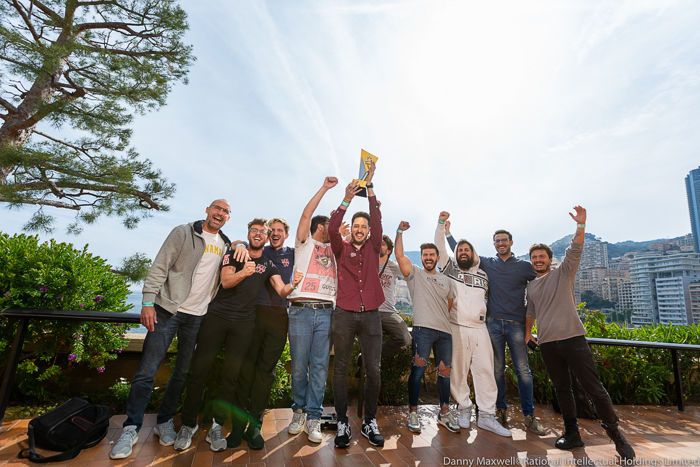 That quickly brought the field down to just four players and it was Mikita Badziakouski who started to turn up the heat. For nearly two hours, the final four players battled it out with Badziakouski moving into second place and closing the gap on Mateos. Vaskaboinikau was forced to patiently watch from the sidelines, consistently ditching his rags into the muck. With under ten big blinds remaining, Vaskaboinikau finally picked up a hand to go with but it would be Mateos who flopped top pair and the Vaskaboinikau had to settle for fourth place.

Mateos continued to build on his lead against the final two opponents. Badziakouski was the first to run an unsuccessful bluff with ace-high into Mateos’ second pair and Gierse followed that up with one of his own, betting three streets with nine-high and Mateos calling with two pair. Holding an eight-to-one chip lead over his two opponents, Mateos repeatedly applied ICM pressure that worked in his favor. 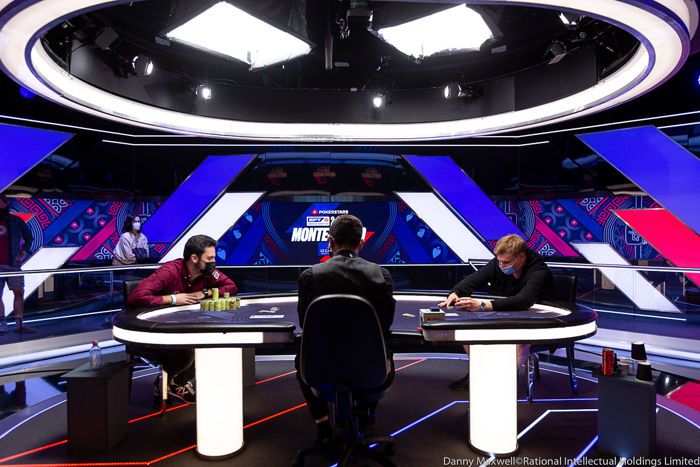 Badziakouski was the first to take a shot, putting his stack of five big blinds at risk with a suited ace. However, Mateos woke up with a dominating hand once again and Badziakouski bowed out in third place. Gierse was ecstatic about the pay jump but knew he had a tough job in front of him, overcoming a seemingly insurmountable chip deficit. Despite doubling up in the very first hand of heads-up action, Gierse was unable to stage the comeback as the match ended just a few hands later.

With plenty of other tournaments taking place throughout the Monte Carlo Sporting complex, all six of the finalists quickly found another table to sit down at, whether it be the €5,300 Main Event or the €50,000 Single-Day High Roller. That wraps up the PokerNews coverage for this event but keep it locked here for updates throughout the festival over the next week.