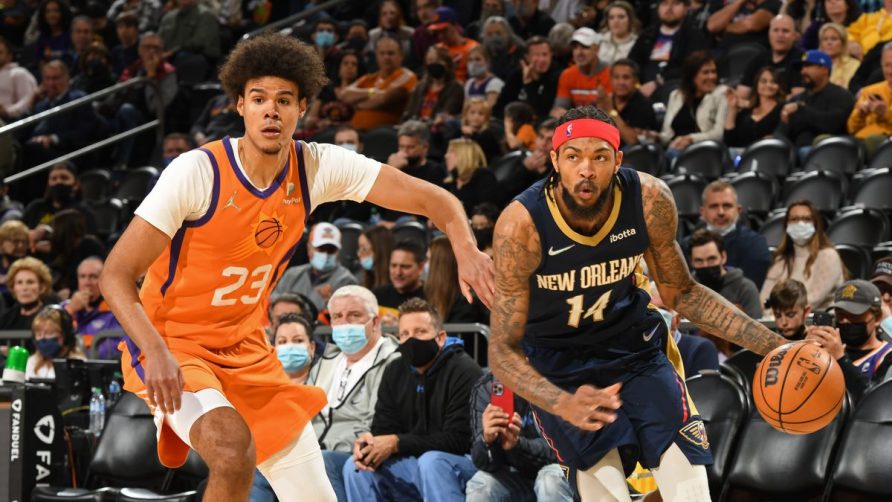 The up-and-coming New Orleans Pelicans won two games in the Play-In Tournament to snag the #8 seed in the Western Conference Playoffs, but now they face the #1 Phoenix Suns in a tough first-round series. 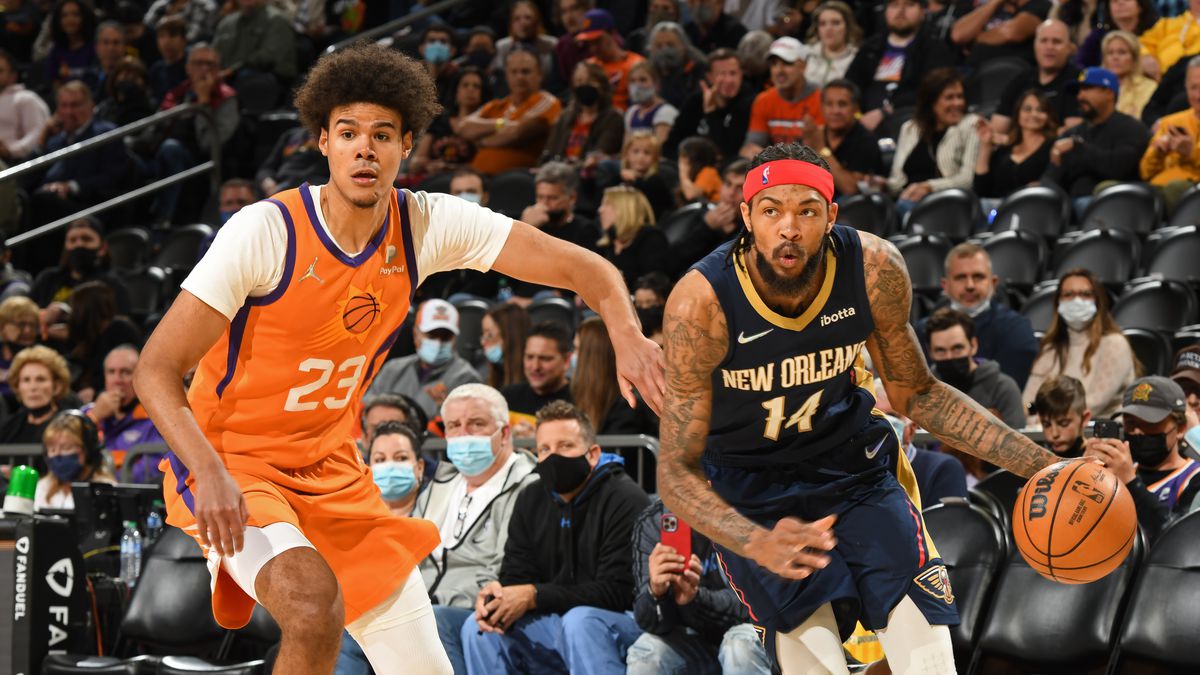 The Suns won the Western Conference last season, but were eliminated in the NBA Finals when they lost to the Milwaukee Bucks in six games. The Suns began the season with a focused mission to return to the NBA Finals and win a championship. Along the way, the posted the best record in the league with 64 wins, and bettors jumped on the bandwagon.

During four meetings in the regular season, the Suns were 3-1.

The Suns are the consensus betting favorite to win the 2022 NBA championship at +225 odds. The Pelicans are the long shot on the futures board at +25000.

The Suns are -105 odds to win the Western Conference in back-to-back seasons, but the Pelicans are last on the board at +9000 odds.

The Pelicans looked dead in the water after an 1-12 start. Yet, they never gave up even when they were 7-20 in early December. At the end of January, the Pelicans were 36-46 and on the layoff bubble. They finished the season with an 18-14 record and passed the slumping LA Lakers to snag a spot in the Play-In Tournament. They knocked off the San Antonio Spurs and LA Clippers to earn a well-deserved playoff berth.

In one sense, the Pelicans are thrilled to return to the postseason. However, how that they made it, the Pelicans would like to play the role of spoiler this series, and catch the Suns looking ahead to the next round.

Pelicans head coach Willie Green is a former assistant coach with the Suns under Monty Williams. Green and Williams are close friends, but it’s a great story to see a rookie head coach go up against his mentor.

“Willie is still going to be my friend,” said Williams. “But we’re trying to win the game. He’s thinking the same thing.”

“I definitely believed we had a chance to do something special from the very beginning that I arrived in New Orleans,” said Green. “This team reminded me a lot of Phoenix. Young, hungry, but high-character guys.”

Zion Williamson is not expected to suit up this season, even though he’s been working out with the team. Zion missed the entire season with a fractured foot.

Suns Simple Mission: Win It All

The Suns wanted to prove that last postseason’s success was not a fluke after they took advantage off opponents missing key players due to injuries. They began the season on a downbeat with three losses in their first four games, but made a couple minor tweaks, then rattled off 18-straight victories with a 16-0 record in November. At that point, the Pelicans never looked back.

“I think it’s helped us,” said Chris Paul. “We saw it in the regular season. Now we’ve got to see what it looks like in the playoffs.”

Paul fractured this thumb prior to the All-Star Break, so the Suns shut him down for two months to rest up. If Paul stays healthy, the Suns are the team to beat.

Any team that wins a championship has stellar role players. The Suns are flush in the department. Mikal Bridges (14.2 ppg) is their top defender and was a contender for Defensive Player of the Year. Cameron Johnson emerged as the Sixth Man who provides instant offense off the bench. Backup point guard Cameron Payne (10.8 ppg) stepped up when Paul hurt his thumb. He’s also sniping at 42% from long range. Jae Crowder is the silent assassin. He only averages 9.4 ppg, but he’s a lockdown defender and knocks down wide-open 3-pointers.

Thanks to the Suns, the Pacific Division is the favorite division to win the championship according to a prop bet at DraftKings.