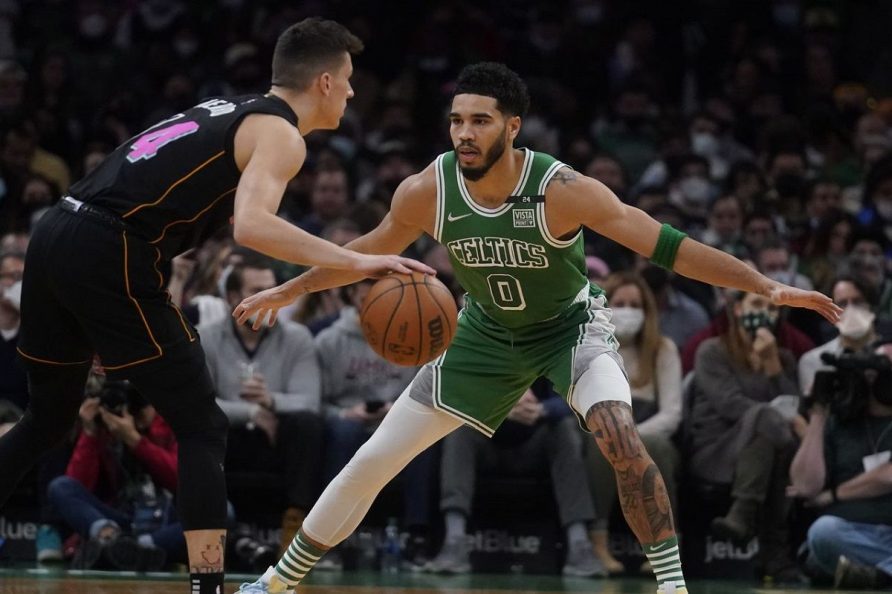 With less than two weeks remaining in the regular season, the #1 seed in the Eastern Conference playoffs is up for grabs with four teams vying for the top spot, and the Milwaukee Bucks (+300 odds), Boston Celtics (+425), Philadelphia 76ers (+450), and Miami Heat (+500) all fighting to represent the East in the 2022 NBA Finals. 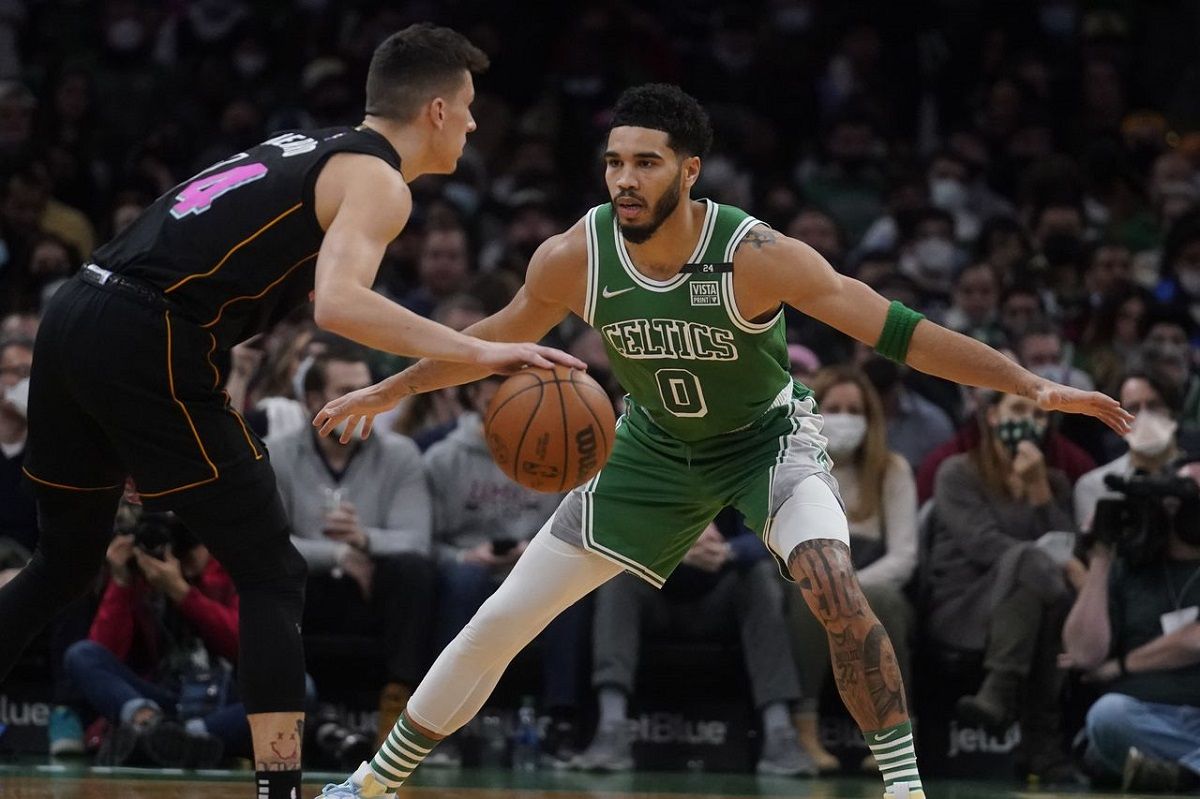 Jayson Tatum from the Boston Celtics defends Tyler Herro from the Miami Heat in a recent game. Both teams are fighting for the #1 seed in the Eastern Conference playoffs. (Image: AP)

Despite the logjam at the top of the standings, the Brooklyn Nets occupy the #8 seed and look like they’re headed for the play-in tournament. The Nets are +250 odds to win the Eastern Conference title.

Now that Kyrie Irving got cleared and is eligible to play in home games at Barclay’s Center regardless of his vaccination status, the Nets are the betting favorite to win the Eastern Conference and secure a spot in the NBA Finals.

In the Western Conference, the Phoenix Suns amassed a huge lead and hold an 8.5-game edge over the Memphis Grizzlies in second place. Meanwhile, 8.5 games separate the top eight spots in the top-heavy Eastern Conference.

The Miami Heat (48-28) are back in first place with six games remaining and they hold a one-game lead over the next three teams. The Philadelphia 76ers (46-28) and Milwaukee Bucks (46-28) both have the same record, but the 76ers hold a tiebreaker over the Bucks which is why they’re in the #2 spot and the Bucks are #3.

The Boston Celtics (47-29) were momentarily in the top spot before they fell back to #4. The Celtics are the hottest team in the NBA right now, but their title hopes vanished when they lost starting center Robert Williams to a knee injury.

Of the top four teams, the Bucks have the best odds to win the Eastern Conference for the second consecutive season and return to the NBA Finals to defend their NBA championship. The 76ers were led by MVP Joel Embiid all season, but he now has James Harden to help out with the scoring slack.

The Brooklyn Nets (39-36) are an interesting case because, despite the fact they’ll head to the play-in tournament, they’re still the betting favorite to win the Eastern Conference at +250 odds. With Kevin Durant and Irving, the Nets are a dangerous opponent in the playoffs. You can make a good argument that the top four teams would rather get the #2 seed than potentially face the Nets in the first round.

The Chicago Bulls (43-32) were the top team in the Eastern Conference for the majority of the first half of the season after a stellar start. They were able to hold off the chase pack even during a raging COVID-19 outbreak around the holidays. DeMar DeRozan is playing like an MVP and the Bulls also have Zach LaVine and Nikola Vucevic. The Bulls don’t have a significant amount of money backing them, which is why they’re +3000 odds. They currently hold down the #5 spot, which would create a difficult second-round matchup against the winner of the #1 seed versus the (presumably) #8 Nets.

The Toronto Raptors (43-32) won three games in a row and eight out of their last 10 to move into the #6 spot. The Raptors are still a long shot at +5000 odds to win the conference, but they can be a problematic first-round opponent.

The Cleveland Cavaliers (42-33) were the surprise team in the Eastern Conference for the first half of the season thanks to some stellar play from Rookie of the Year contender Evan Mobley. After they lost Jarrett Allen to an injury, the Cavs slipped to the back of the pack. You can back them at +6000 odds to win the Eastern Conference, but the good news is that they’re a young team with a bright future.

The Atlanta Hawks (39-37) are in a three-way fight for the #8 seed with the Brooklyn Nets (39-36) and Charlotte Hornets (39-37). The Hawks and Trae Young got hot in last year’s postseason and went all the way to the Eastern Conference Finals, but John Collins is out with a foot and knuckle injury, so the future looks grim.