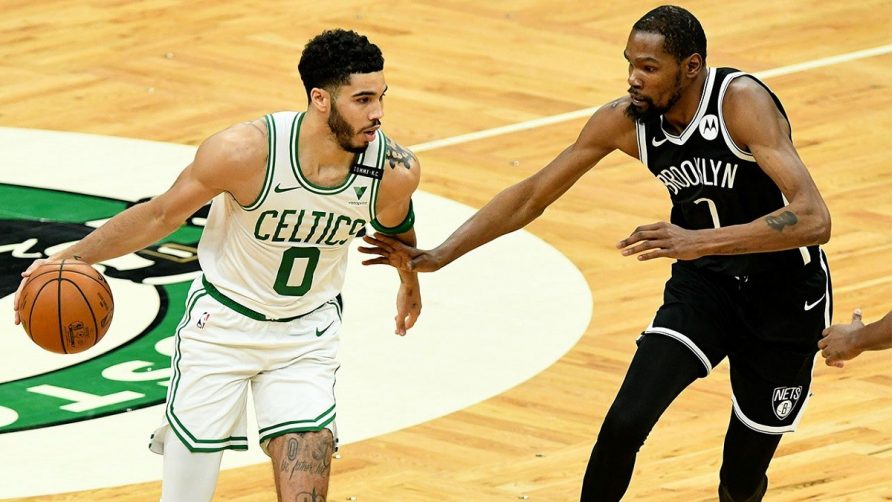 In one of the most-exciting matchups in the first round of the 2022 NBA Playoffs, the #7 Brooklyn Nets face the #2 Boston Celtics, but the Celtics are only a slight favorite to win the series at -130 odds. 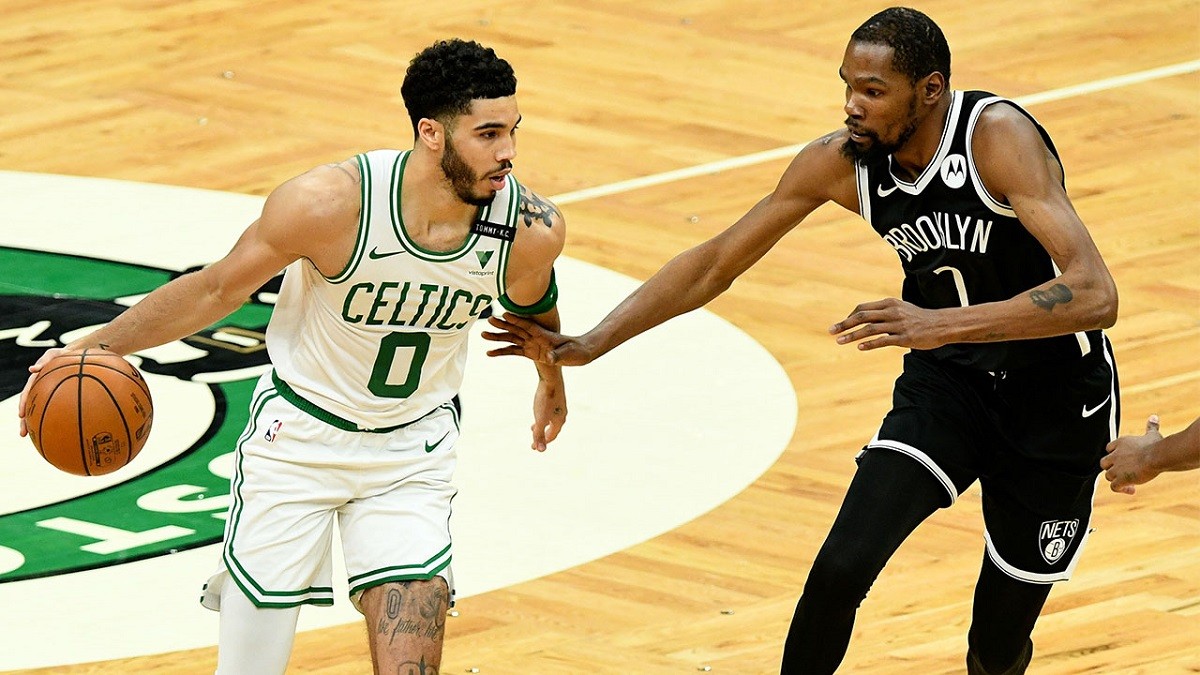 The Nets are +110 odds to win the first-round series against the Celtics, which is impressive considering they secured the #7 seed via the Play-In Tournament.

Kevin Durant and Kyrie Irving from the Nets are not your typical #7 seed, and have a cannot-miss showdown against Jayson Tatum, Jaylen Brown, Marcus Smart, and the Celtics.

The Nets are the second-favorite at +350 odds to win the Eastern Conference, but the Celtics are right behind them at +425 odds to secure a berth in the NBA Finals.

Will Ben Simmons Make His Debut with the Nets?

Ben Simmons has yet to suit up for this season for any team, especially the Nets after acquiring him in early February at the trade deadline. While getting ready to make his debut, Simmons suffered a herniated disc in his back and he missed any chance to play in the regular season. He’s been practicing with the Nets at full speed, so there’s a good chance he makes his debut at some point during the first round.

With or without Simmons, it doesn’t matter to Kevin Durant. Give Durant four random dues from Prospect Park and they’ll still be dangerous because Durant in the playoffs is nearly impossible to stop. That’s why the Celtics will focus on shutting down Irving and the rest of the team. Meanwhile, Irving gets to play at his former team and vice versa.

“I think this is the best part of the story that could be written,” said Irving. “We go against Boston and have a chance to redeem ourselves. They have a healthy team. We have a healthy team. Now we get to see who’s the better squad. It’s exciting because we know each other really well.”

Irving and Durant are 11-6 in the 17 games they played together with Durant averaging 29.6 ppg, and Irving posting 27.8 ppg. The Celtics love to switch on pick-and-rolls, but we’ll see how they handle ISO plays when it’s Irving or Durant taking their man to the hole.

The Celtics had the best defense this season in the NBA across the board. Even the stat geeks were drooling over their defensive efficiency ratings. The defense is what propelled them to a sensational second half of the season. As soon as the defense clicked, so did the rest of the team.

Losing Robert Williams III to a knee injury will be tough to swallow. The Celtics were 11-10 in games without RW3 this season. However, the Celtics might not have to worry as much this round considering Durant is more dangerous on the perimeter. The Celtics still have Marcus Smart, who is trying to become a rare guard to win the NBA Defensive Player of the Year Award.

“Everybody knows the talent that the Nets have and that it’s not a traditional seventh-seed team,” Tatum said. “They had some ups and down this year but for the most part got their full team and they’re really good. Well-coached. Some great players. I’m just looking forward to it.”

On offense, it will be all Jayson Tatum. He has the ability to pour in 50 points at any given time, so it’s up to the Nets to slow him down.