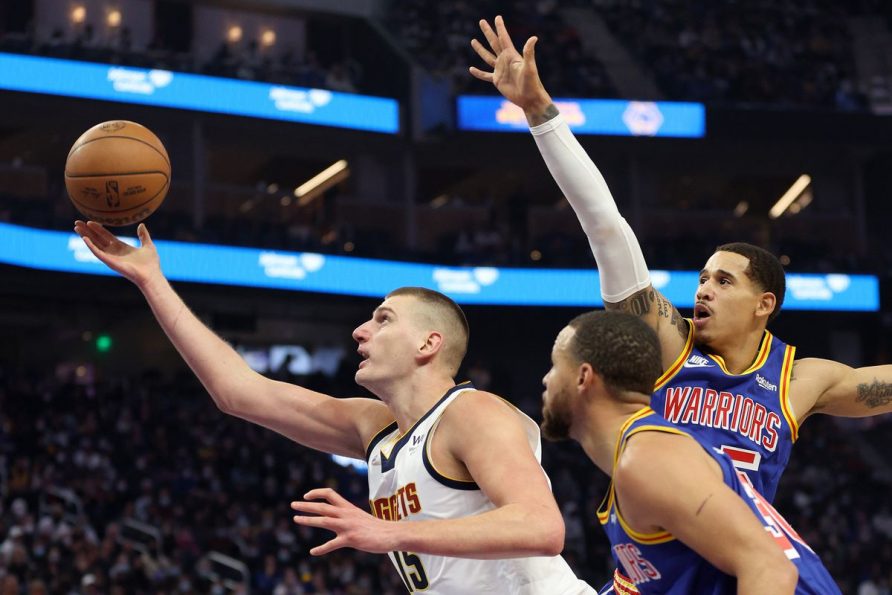 Even with a dinged-up Steph Curry, the #3 Golden State Warriors are -250 odds favorites to win their first-round series against the #6 Denver Nuggets in the Western Conference playoffs. 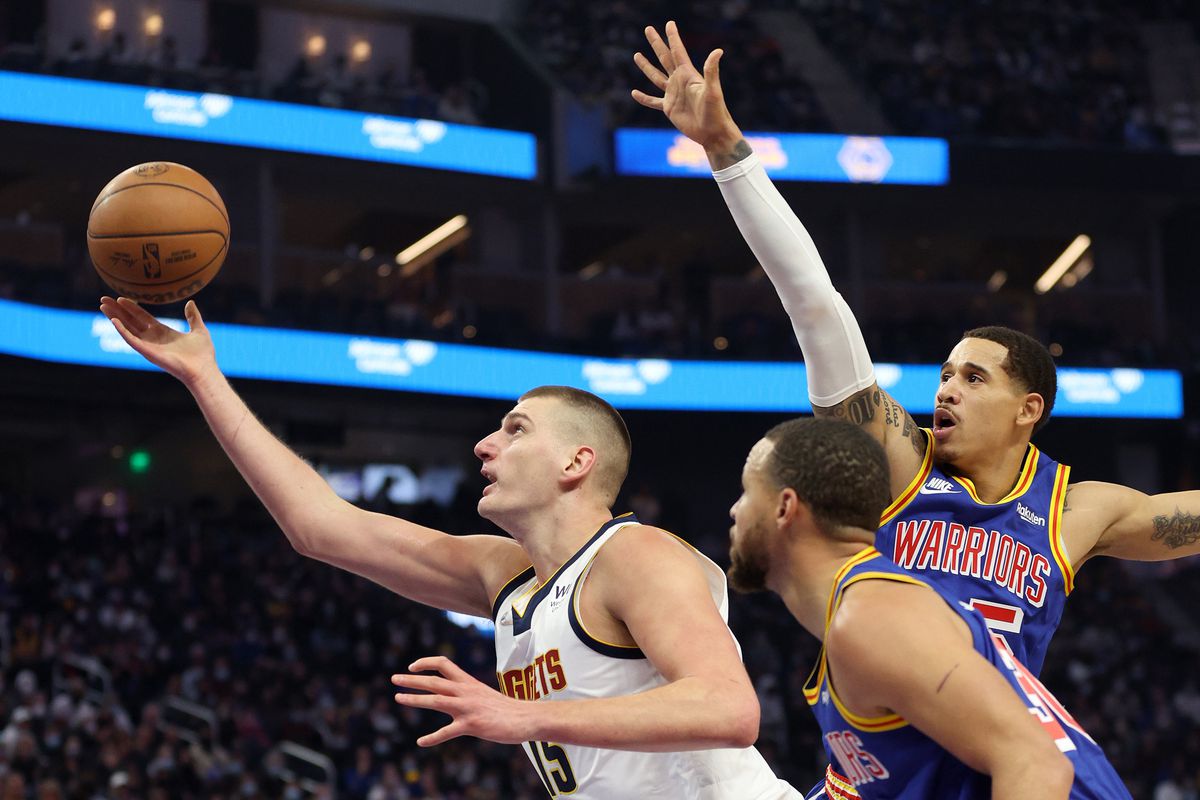 Curry missed the last couple of weeks of the regular season with a foot injury, but he will most likely return to action in Game 1.

The Nuggets were 3-1 in the season series against the Warriors, but the Warriors were missing Draymond Green for a couple of those meetings.

The Warriors were 41-37-4 ATS this season. Whereas the Nuggets struggled to cover the spread this season with a 37-45 ATS record.

The Warriors are +425 odds to win the Western Conference and return to the NBA Finals, but the Nuggets are long shots at +1300 odds.

Nikola Jokic had another sensational season and has the inside track to win back-to-back MVP awards. He led the Nuggets to 48 wins without two starters — Jamal Murray and Michael Porter, Jr. — which is why he should win another MVP. Jokic averaged 27.1 points, 13.8 rebounds, and 7.9 assists per game this season. He topped the entire league with a 32.94 PER rating.

Five other players averaged double digits, but it seemed like a different player stepped up as the secondary scorer on any given night. That included Aaron Gordon (15 ppg), Willie Barton (14.7 ppg), and Monte Morris (12.6 ppg). If the Nuggets want to make this a series, one of those three players needs to shoot lights out and help alleviate the scoring burden from Jokic.

Bones Hyland, a spunky rookie out of VCU, averaged 10.1 ppg off as a capable backup to Morris. He’s been fun to watch and brings a lot of high energy off the bench.

Facundo Campazzo, another backup guard, will miss Game 1 due to a suspension for shoving Wayne Ellington from the LA Lakers in the final game of the season.

The last time that Steph Curry and Klay Thompson were in the postseason together, the Warriors lost to Kawhi Leonard and the Toronto Raptors in the 2019 NBA Finals. A lot has changed since then. Thompson missed the last two seasons while rehabbing from two serious injuries, Kevin Durant bolted to the Brooklyn Nets in free agency, and Kawhi Leonard headed to the LA Clippers.

But after a lengthy layoff and a different supporting cash, the Splash Brothers are ready to get the Warriors back to being a perennial championship contender.

The Warriors finished the season with the third-best record in the Western Conference behind a sensational Phoenix Suns squad, and the high-flying Memphis Grizzlies. If the Warriors want to return to the NBA Finals, they’ll have to defeat those top two squads.

“It’s playoff time, so you throw everything out the window,” said head coach Steve Kerr. “Whoever’s playing the best, whatever group is playing the best will finish the game. And then the next game starts and it could be different the following game. It’s up to everybody to not only accept that but to embrace it, the spirit of just winning the damn game.”

The Warriors must knock out the Denver Nuggets in the first round before their eventual collision course with Ja Morant and the Memphis Grizzlies in the Western Conference semifinals.

If Curry’s foot injury slows him down, the Nuggets have a chance to pull off the upset in seven games. If Curry looks like his old self, the Warriors could wrap this up in five games.