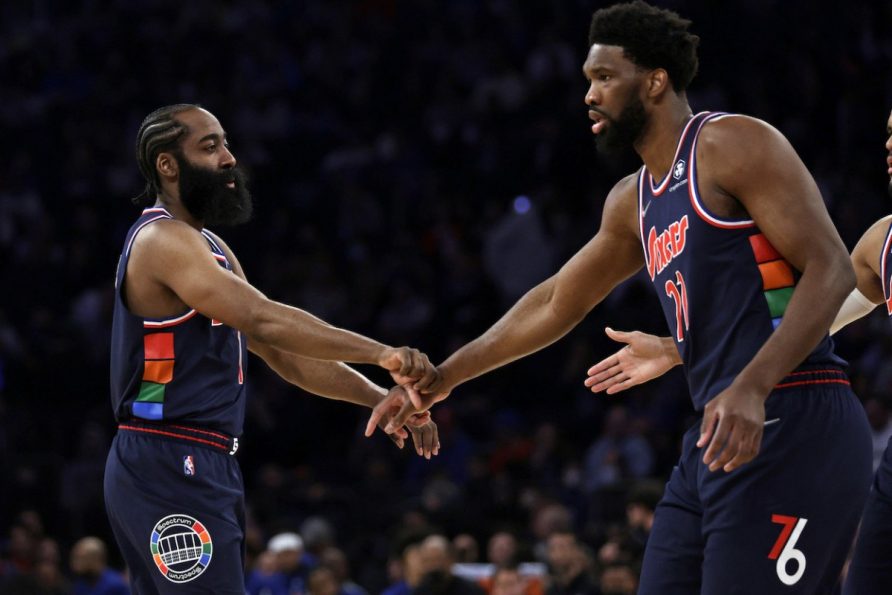 Out of all eight matchups in the first round of the 2022 NBA playoffs, the #5 Toronto Raptors and #4 Philadelphia 76ers are the second-tightest race with the Raptors only +150 odds to pick off the 76ers, and the 76ers the betting favorite at -180 odds to win the series. 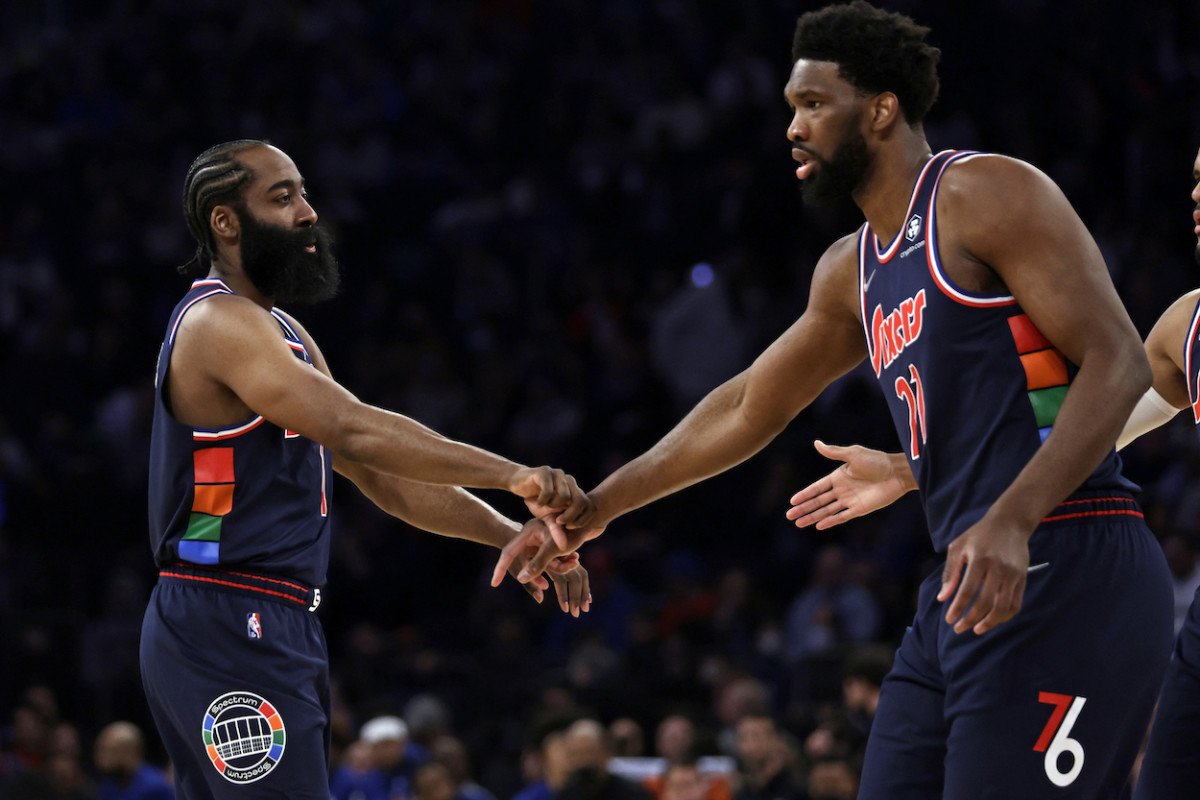 James Harden and Joel Embiid from the Philadelphia 76ers developed good chemistry in the last two months of the season, but are untested as teammates in the playoffs. (Image: Getty)

The Raptors missed the playoffs last season, but a late season surge propelled them to the #5 seed.

The 76ers will finally get to see if trading an unhappy Ben Simmons to the Brooklyn Nets for James Harden will pay off in the playoffs.

The Raptors were the fourth-best betting team this season with a 46-35-1 ATS record, but the 76ers struggled to beat the spread and were 38-43-1 ATS this season.

The Raptors are playing their best ball of the season, and have a legit shot to ambush the 76ers before they find their playoff groove. At one point the Raptors were 23-23 and on the Play-In Tournament bubble, but they won 25 out of their final 38 games to secure the #5 seed.

OG Anunoby, OG’s favorite NBA player, missed nearly half the season due to injuries, but he averaged a career-high 17.1 ppg in 48 starts this season.

Rookie Scottie Barnes (15.3 ppg) would’ve gotten more attention in the Rookie of the Year race if he played in a bigger media market.

The Raptors will gain a slight edge during home games in Canada. Matisse Thybulle from the 76ers is one of the few unvaccinated players in the NBA, and he can only play home games in Philadelphia this series, because he’s unable to play against the Raptors in Toronto due to Canada’s COVID-19 health mandate.

Last season was a disappointment for the 76ers, who secured the #1 seed in the Eastern Conference yet were upset in the semifinals by the #5 Atlanta Hawks. The current trajectory of both the 76ers and Brooklyn Nets were directly affected by what went down in that series which led to the inevitable departure of Ben Simmons.

Simmons had been an outright bust in the playoffs with the 76ers and everyone let him know how much he let the team and City of Brotherly Love down. He did not want to return to a locker room and city that didn’t want him, so he demanded a trade.

Simmons sat out the season, and the 76ers chugged along. Embiid put up some fantastic numbers (30.6 ppg, 11.7 rebounds) without the team’s second best player.

On the eve of the trade deadline, the Nets and 76ers worked out a deal to swap two unhappy players. Harden had grown tired of Kyrie Irving’s schtick and wanted out of Brooklyn, even though it might’ve been his best chance to win a championship.

Simmons wilted under pressure, which is why many pundits are skeptical about his future with the Nets. Meanwhile, Harden thrives under the spotlight.

Harden will try to help Embiid do what Simmons could not — help win the first championship for the 76ers since 1983 when Dr. J dominated the NBA.

Harden averaged only 21 ppg in 21 starts with the 76ers since leaving the Nets. His shooting is off and he’s only knocking down 32.6% of his 3-ppointers. However, he’s dishing the ball well with 10.5 assists per game.