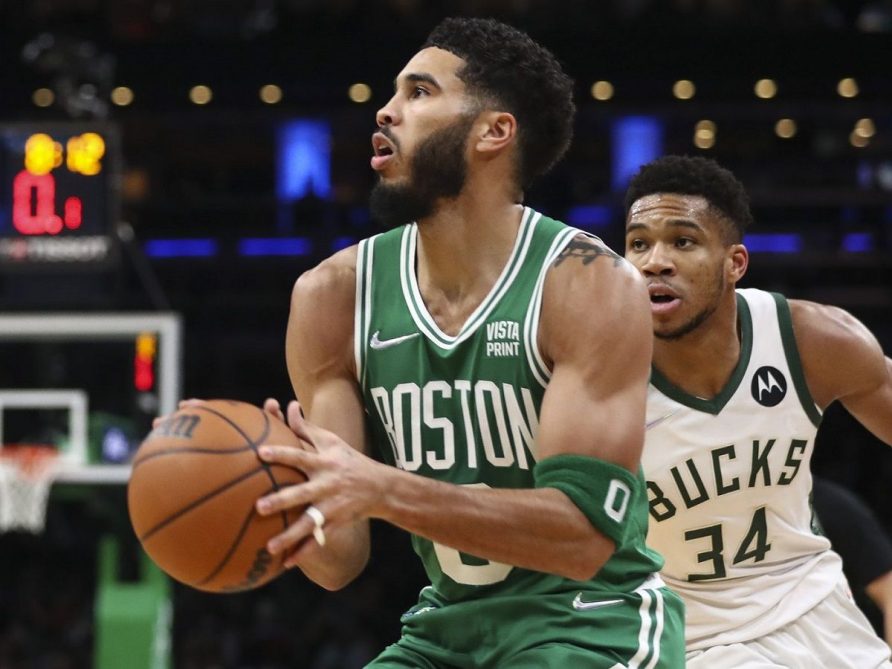 The top defensive unit in the league will be tasked with knocking out the Greek Freak and reigning NBA champion. The #2 Boston Celtics meet the #3 Milwaukee Bucks in a second-round series during a highly-anticipated Eastern Conference Semifinals battle. The Celtics are a noticeable favorite at -210 odds to win the series against the Bucks. 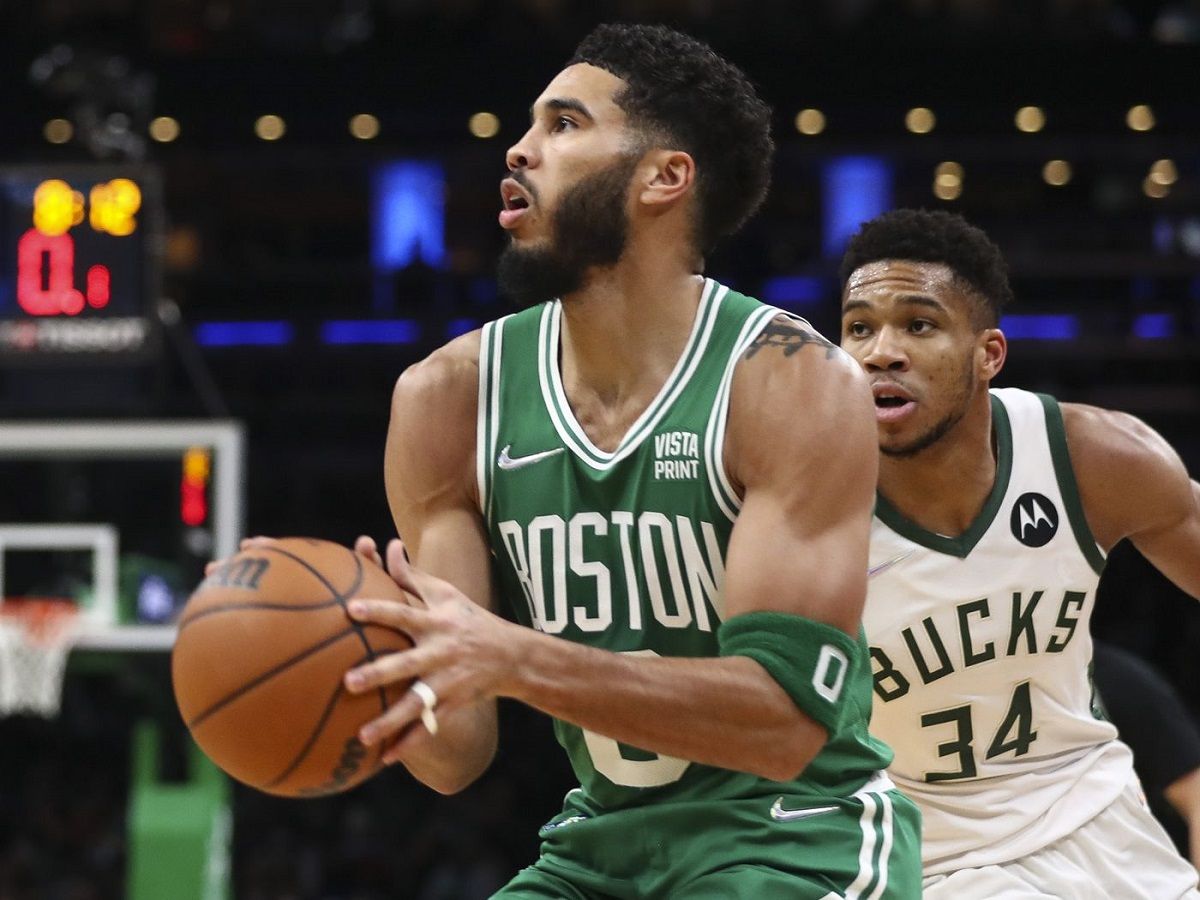 Jayson Tatum from the Boston Celtics pulls up for a jump shot against Giannis ‘Greek Freak’ Antetokounmpo from the Milwaukee Bucks. (Image: Getty)

The Bucks are still the defending NBA champions, but the bookies do not have faith that they’ll pull off a successful title defense. The Bucks are the underdog at +175 odds to win the series and upset the Celtics.

The Celtics pulled off the only first-round sweep in this year’s postseason when they picked off the Brooklyn Nets 4-0. At that point, the Celtics saw their title odds jump a bit after they manhandled Kevin Durant and the Nets in a matchup they were not afraid to face.

“We understood this is the playoffs and we’re gonna have to play really good teams,” said head coach Ime Udoka. “The only thing we talk about is we’re a basketball team, not a track team. We’re not running from people.”

The Celtics’ smothering defense harassed Durant with multiple defenders swarming him.  The Celtics were anchored by Marcus Smart, who was one of the rare guards to win the Defensive Player of the Year.

Robert Williams III returned to the lineup in Game 3 after he missed time at the end of the season with a knee injury. He’s still not 100%, but the Celtics got their best rim protector back in action.

The Celtics are now focused on stopping the Greek Freak — aka the head of the dragon — you cut off the head, and the rest of the Bucks keel over.

“We all know what Giannis is capable of, what he’s done, what he’s doing and what he’s gonna try to do,” said Smart. “It’s gonna take another team effort. With those guys he makes it really tough because of how aggressive he is and how he can get in the lane and not only create for himself but create for those other guys.”

On offense, the Celtics continue to rely on Jayson Tatum as their stone-cold killer. Tatum averaged 29.5 ppg and 7.3 assists per game against the Nets, while shooting nearly 42% from 3-point range.

The Bucks needed five games to knock out the Chicago Bulls, but they lost Khris Middleton in the process. They were able to navigate the Bulls after Middleton went down to a MCL sprain in Game 2, but the Bucks will need all hands on deck if they expect to compete with the Celtics. However, it’s Middleton’s defense that will be really missed.

“Khris is underrated in what he does defensively, including in big stretches of games, important moments, guarding the best wings,” said head coach Mike Budenholzer said. “He takes a lot of pride in being a good defender. He sees and feels things at a high level defensively. There’s lots of things we miss on that end of the court.”

George Hill missed time with an abdominal strain. He will not be ready for Game 1, but the Bucks hope that Hill can contribute later in the series against the Celtics.

Antetokounmpo led the Bucks in scoring against the Bulls with 28.6 points, 13.4 rebounds, and 6.4 assists per game. Jrue Holiday was the second-best scoring option averaging 16.5 ppg. Grayson Allen chipped in 13 ppg off the bench, and the Bucks expect Allen will provide a scoring boost while getting under everyone’s skin.

Budenholzer opted for a bigger lineup without Middleton. Bobby Portis started the last three games with the Bucks’ “jumbo” lineup. Portis averaged 11.6 points and 11.4 rebounds per game in under 24 minutes per game.