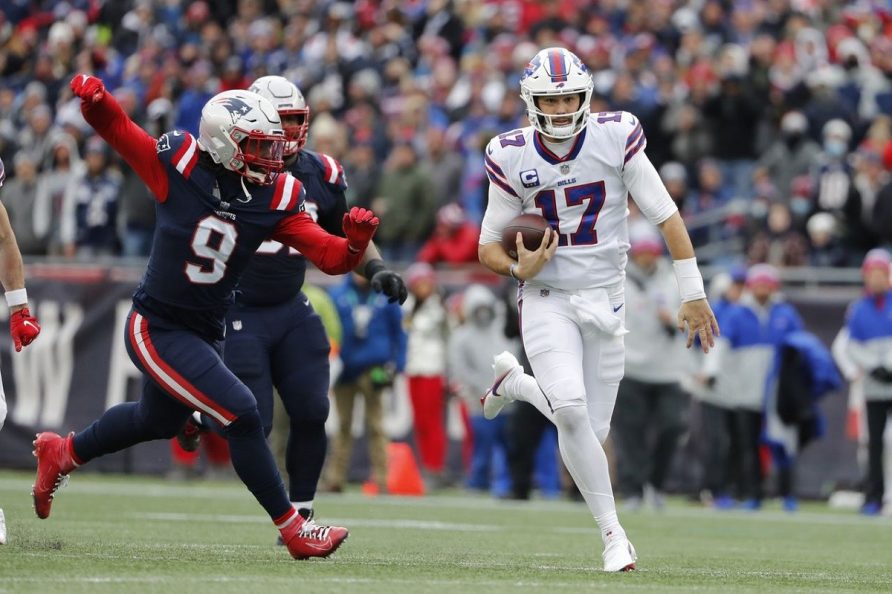 Oddsmakers released win totals for the 2022 NFL season and it’s no surprise to see the Buffalo Bills and Tampa Bay Bucs at the top of the board with 11.5 over/under wins, followed by the Green Bay Packers at 11 o/u wins. The Denver Broncos are a popular betting favorite his year after securing Russell Wilson in a trade and the Broncos have a win total of 10 o/u. 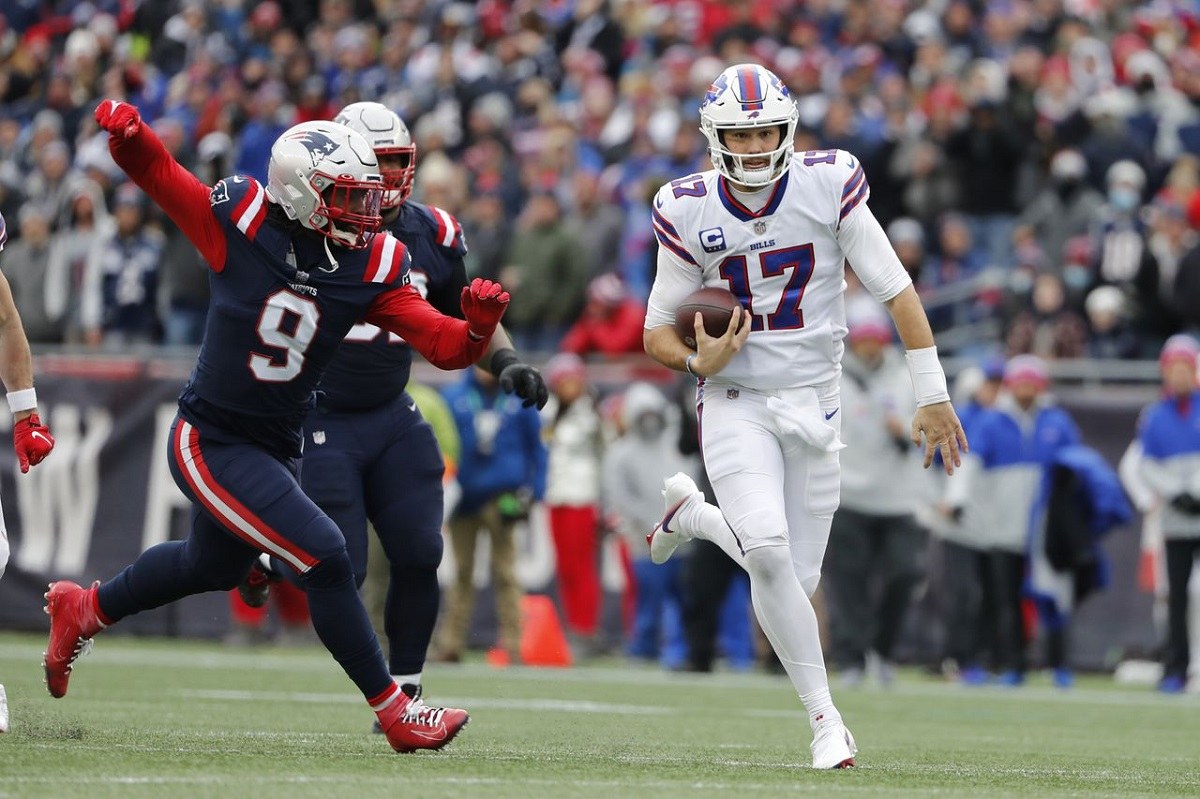 Josh Allen scampers for a first down for the Buffalo Bills against the New England Patriots last season, but they’re the top team in the 2022 win totals department. (Image: Getty)

The defending Super Bowl champion LA Rams have a win total set at 10.5 o/u, according to Caesars in Las Vegas. The Rams are tied for fourth overall with the Dallas Cowboys and Kansas City Chiefs at 10.5 o/u.

The Houston Texans have the lowest win total on the board at 4.5 o/u, followed by the New York Jets and Atlanta Falcons at 5.5 o/u.

It’s Super Bowl or bust in Buffalo. They NFL recently changed their overtime rules to provide teams a chance with at least one possession in the playoffs after Allen and the Bills never had a chance to counter the Chiefs in the greatest playoff game of all time. Considering the New England Patriots are still a team in rebuilding mode, and the fact they play the awful Jets and up-and-coming Miami Dolphins, the Bills could pad their win totals with easy AFC East division games.

Tom Brady returned after he realized retirement was a bad idea. Bruce Arians stepped down, but Todd Bowles is a capable replacement. The Bucs face a soft NFC South, so they could snatch up double-digit wins with ease and pass their 11.5 o/u in win totals.

Now that Aaron Rodgers got paid $200 million, the Packers could not afford to give Davante Adams a raise. Without a stud wideout, the Packers are not as strong as the last few seasons when they won 13 games. We like the under this year.

It’s nearly impossible to repeat as Super Bowl champions because the LA Rams will have a target on their backs for every game. They also face a tough NFC West division (minus the Wilson-less Seahawks), so 10.5 o/u wins seems spot on for the Rams.

We like the under for the Dallas Cowboys, especially with the Jerry Jones paternity suit drama expected to take center stage for their three-ring circus.

It will be interesting to see what the Kansas Chiefs can do without Cheetah this season. The NFC West is stacked this season, especially after the Denver Broncos acquired Russell Wilson in a trade, so expect that division to cannibalize each other. The public loves betting Mahomes and the Chiefs, which is why their win total is 10.5 o/u.

The LA Chargers will be fun to watch once again. Justin Herbert can fling it with the best arms in the NFL, but the Chargers struggled to close out games last season especially in AFC West divisional games.

The Broncos have been a popular futures pick to win the Super Bowl ever since they added Wilson at quarterback, which is a total overreaction by the public. The Broncos are also getting a lot of money for their win total over at 10 o/u. Sure, they now have a future Hall of Fame quarterback at the helm and best since Peyton Manning retired, but the Broncos will face a difficult schedule and a tough division.

The San Francisco 49ers have yet to make a decision with their quarterback, even though Trey Lance is their future. They still have Jimmy G on the roster and will wait until he returns from shoulder surgery before they trade him.

The Baltimore Ravens, Cincinnati Bengals, and Cleveland Browns all have the same win total at 9.5 o/u. The AFC North has been known as the “smashmouth division”, but they have three elite quarterbacks after the Browns added Deshaun Watson in a trade. The Bengals overachieved last season and were way ahead of schedule when Joe Burrow led them to a Super Bowl berth. Will they fall back down to Earth? Or will the Bengals continue to exceed expectations?

The Browns seriously upgraded their quarterback with Watson, who sat out last season, but the future looks bright for the Dawg Pound.

At this point, the Baltimore Ravens and Lamar Jackson are no longer the darlings of the AFC North. The Ravens tend to do their best work when no one pays attention to them.

The Indianapolis Colts and Tennessee Titans are both listed at 9.5 o/u, according to Caesars NFL win totals. The Titans did a bang-up job when Derrick Henry went down with a foot injury. If Henry stays healthy, the Titans will be dangerous and could win double digits.

The Colts should’ve made the playoffs last season with a solid defense, strong special teams, and a superstar running back in the making with Jonathan Taylor. They ditched Carson Wentz, but gambled with Matt Ryan. If Matty Ice still has gas left in the tank, the Colts could be the surprise team in the AFC South.